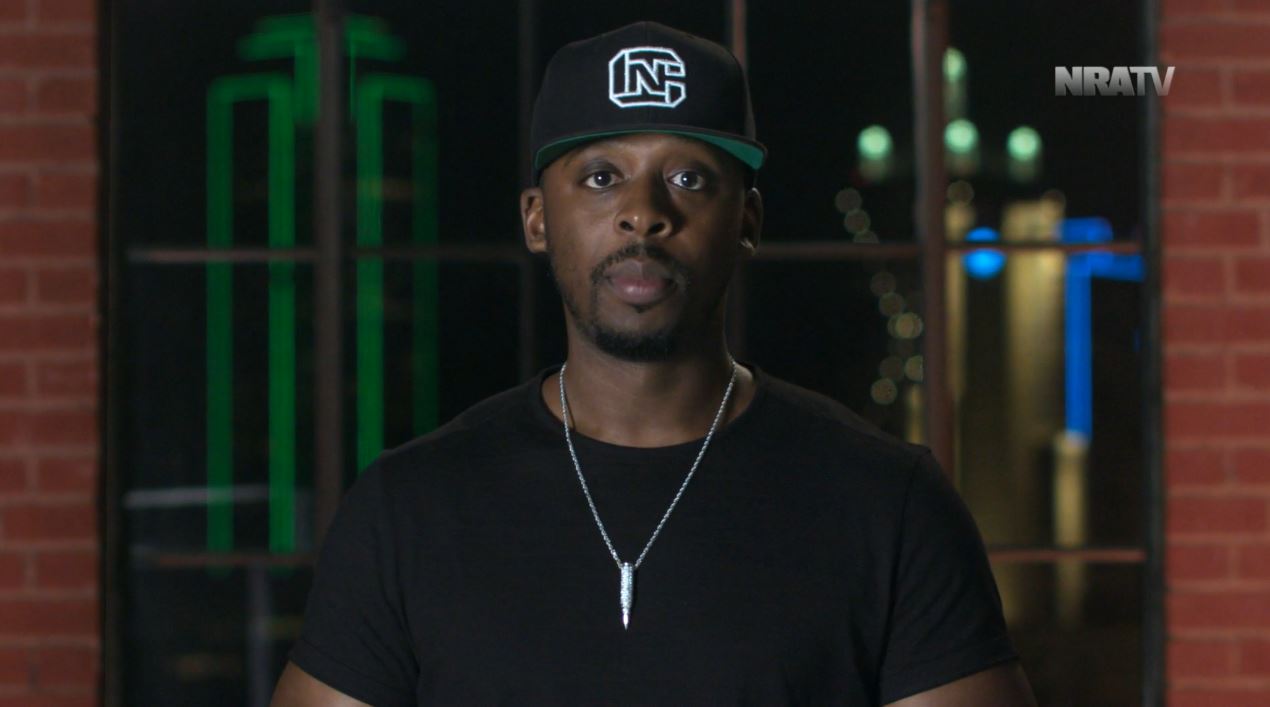 NRATV host Colion Noir taunted the survivors of the Parkland, FL, school shooting who have been speaking out against gun violence, telling them he wished an armed officer had been there to stop the attack because then “no one would know your names.”

The season-seven premiere of NRATV’s Noir comes amid repeated calls for stronger gun safety regulations after the February 14 shooting at Marjory Stoneman Douglas High School and just days before the student-led March For Our Lives event in Washington, D.C.

During the March 22 episode, Noir brought up the recent Great Mills High School shooting in Maryland and told Parkland survivors he wishes an armed guard had stopped the shooting at their school because “your classmates would still be alive, and no one would know your names”:

COLION NOIR (NRATV host): To all the kids from Parkland getting ready to use your First Amendment to attack everyone else’s Second Amendment at your march on Saturday, I wish a hero like [Great Mills High School resource officer] Blaine [Gaskill] had been at Marjory Douglas High School last month, because your classmates would still be alive, and no one would know your names. Because the media would have completely and utterly ignored your story the way they ignored his.

There was an armed police guard at Marjory Stoneman Douglas, but he did not attempt to confront the shooter, contrary to what police are trained to do in an active shooter situation. Hours after NRATV published the Noir episode, 16-year-old Jaelynn Willey, a victim of the Maryland school shooting, died from her injuries.

During the episode, Noir also slammed the upcoming March For Our Lives as “one-sided, logic-deprived, and intellectually dishonest” and called it a “festival masquerading as a march.” Noir went on to question what the students are marching for, claiming that it “looks like a march to burn the Constitution and rewrite the parts that you all like in crayon.”

Noir has a history of attacking people who speak out after being impacted by gun violence. These latest videos follow Noir’s 2015 warning to the parents of slain Virginia journalist Alison Parker to not become “so emotional” that they turn their child’s murder “into a gun control dog-and-pony show minutes after the shooting because you can’t make sense of what happened.”

And in a video on his personal YouTube page, Noir criticized Kim Kardashian West’s support for National Gun Violence Awareness day by baselessly suggesting she has “severe mental illnesses” including “PTSD” after being robbed at gunpoint in Paris.

After the 2016 Pulse nightclub shooting in Orlando, FL, Noir attacked calls for stronger gun laws by writing on Twitter, “Even children aren't short sighted enough to think gun control is a rational response to terrorism. They say make the monster go away.”

Even children aren't short sighted enough to think gun control is a rational response to terrorism. They say make the monster go away.