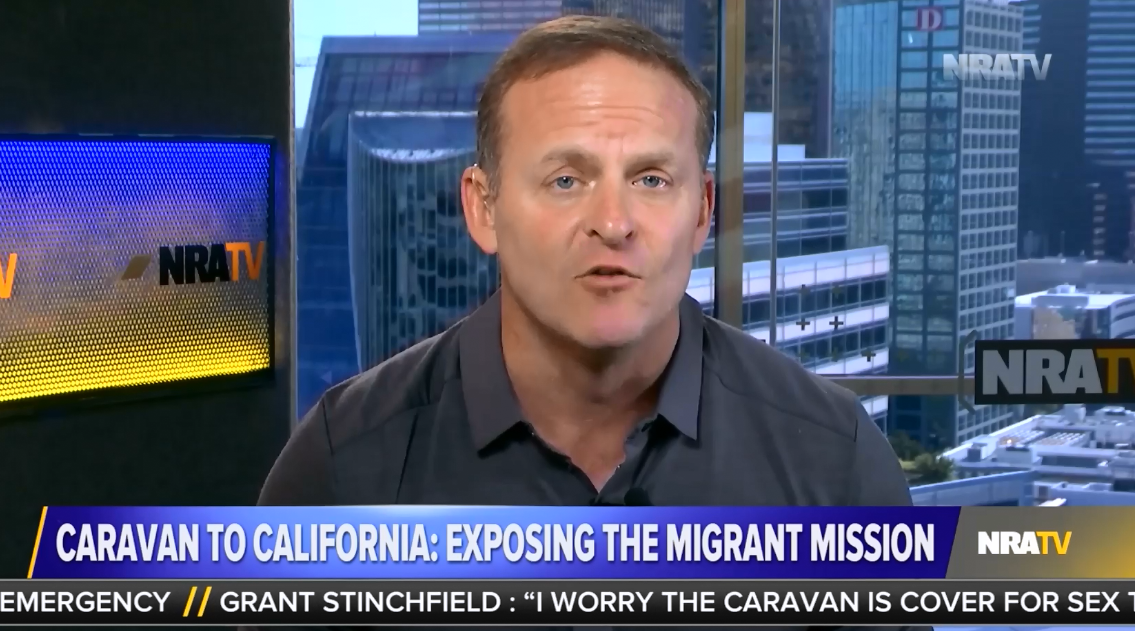 On October 24, 51-year-old Gregory Bush attempted to enter a predominantly Black church in Jeffersontown, KY, before heading to a Kroger grocery store where he shot two Black victims, the first in the store and the second in the parking lot. An armed bystander fired at Bush after he shot his second victim but missed him. Another witness said Bush told him he spared the witness’s life because “Whites don’t shoot whites.” The incident is currently being investigated as a hate crime.

The attempted action by an armed bystander further discredits the “good guy with a gun” myth,” a favorite of the NRA’s that has been debunked by both researchers and law enforcement. The “good guy” almost never stops an active shooter situation and actually can create further confusion for police officers arriving on scene.

On October 25 and 26, none of NRATV’s supposed news shows covered the shooting or developments in the days that followed, instead choosing to spread conspiracy theories about the migrant caravan making its way toward the United States, cast doubt on the legitimacy of the recent pipe bomb spree, and promote athletic clothes with a holster in them.

The shooting followed a 2014 campaign by the gun safety group Moms Demand Action, encouraging Kroger to “prohibit the open carry of guns in its stores.” NRATV aired multiple segments pushing back against the effort and claiming the campaign was “not about actually reducing violence; it’s about winning that press release victory.”

UPDATE: Following the publication of this post, host and NRA spokesperson Dana Loesch mentioned the shooting during the October 29 edition of NRATV’s Relentless, noting it “raised a lot of questions as to whether or not this killer’s motivations were racial.” A chyron on Loesch’s show also falsely hailed it as an example of a shooting “stopped by good guy with a gun.” While the gunman did exchange fire in the Kroger parking lot with a person with a concealed carry permit, no one was hit in the exchange. According to another witness, who was also armed, the gunman “nonchalantly” left the scene after reportedly telling the witness, “Don’t shoot me. I won’t shoot you. Whites don’t shoot whites,” a fact Loesch herself noted during the segment.