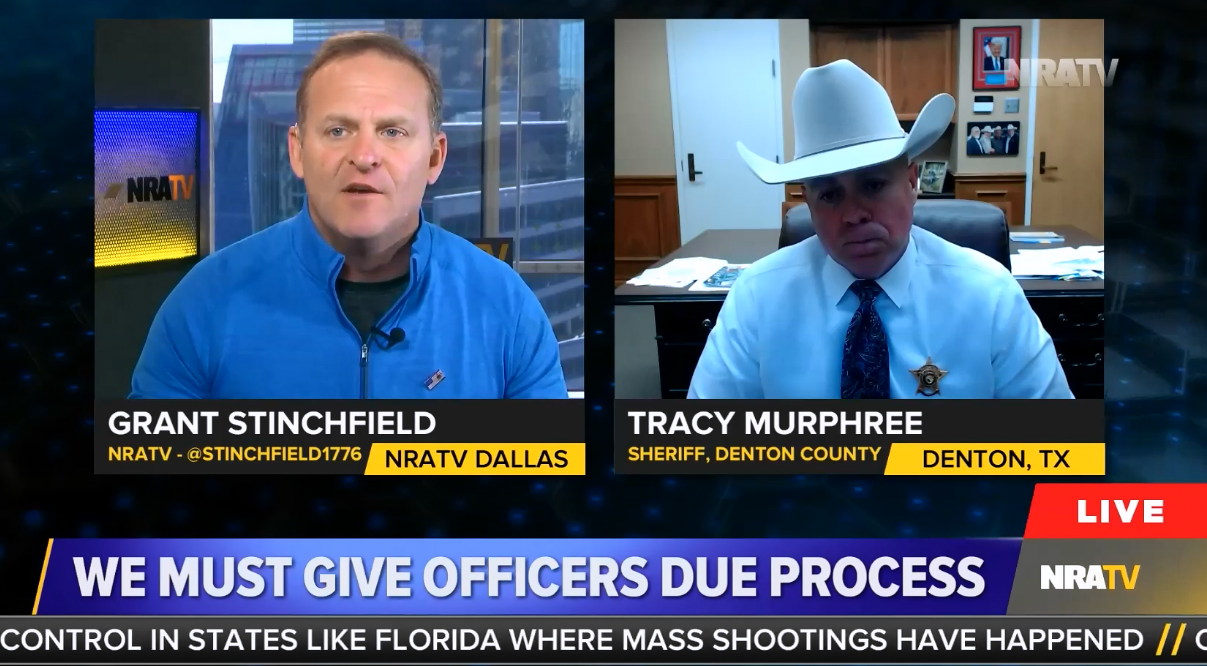 The news programs on the National Rifle Association’s media outlet NRATV had no discussion of a police shooting in Alabama that killed an African-American veteran and legal gun owner.

This lack of coverage was the latest example of the NRA failing to stand up for Black gun owners who are unjustly killed by police.

On November 22, police officers responded to a shooting inside a mall in Hoover, AL, and fatally shot 21-year-old Emantic Fitzgerald Bradford Jr., who they initially claimed was the gunman who wounded two others. Officers later released a statement saying that Bradford was not the shooter and that the real gunman remained at large, but insisted that “Mr. Bradford brandished a gun during the seconds following the gunshots” which “instantly heightened the sense of threat to approaching police officers.” Witnesses are disputing law enforcement’s claims, with some saying that Bradford’s gun was not brandished, but rather was in his waistband when he was shot. Bradford, who went by E.J., was discharged from the U.S. Army in August and reportedly had a license to carry a firearm when he was killed.

NRATV’s three so-called news shows did not provide any discussion of the police shooting between Monday, November 26, and Wednesday, November 28. (NRATV broadcast reruns on November 22 and 23, and it does not air live programming on weekends.) NRA spokesperson and NRATV host Dana Loesch neglected to cover the shooting during her hour-long program Relentless. Host Grant Stinchfield also ignored Bradford’s death during his program Stinchfield, which is a series of approximately 15-minute updates that air at the top of each hour from 9 a.m. until 1 p.m. EST on weekdays. And NRATV’s weekday three-hour talk radio-style show, Cam & Co., also failed to discuss the shooting during its November 26 and 27 episodes. (The November 28 edition of Cam & Co. was a rerun.)

Instead, NRATV chose to focus on irresponsibly instructing people to charge a gunman during a mass shooting, insisting a migrant caravan currently at the U.S.-Mexico border is a “concocted propaganda scheme,” calling the picture of a migrant mother and her two children being tear-gassed “propaganda at its best,” questioning why a mother would bring her children to the border, and bemoaning the claim that police officers aren’t given due process.

NRATV has a long pattern of largely ignoring instances of police shooting and kiling Black gun owners. When NRATV hosts have weighed in, it has typically been only to place blame or responsibility for the shooting on the victims of gun violence.