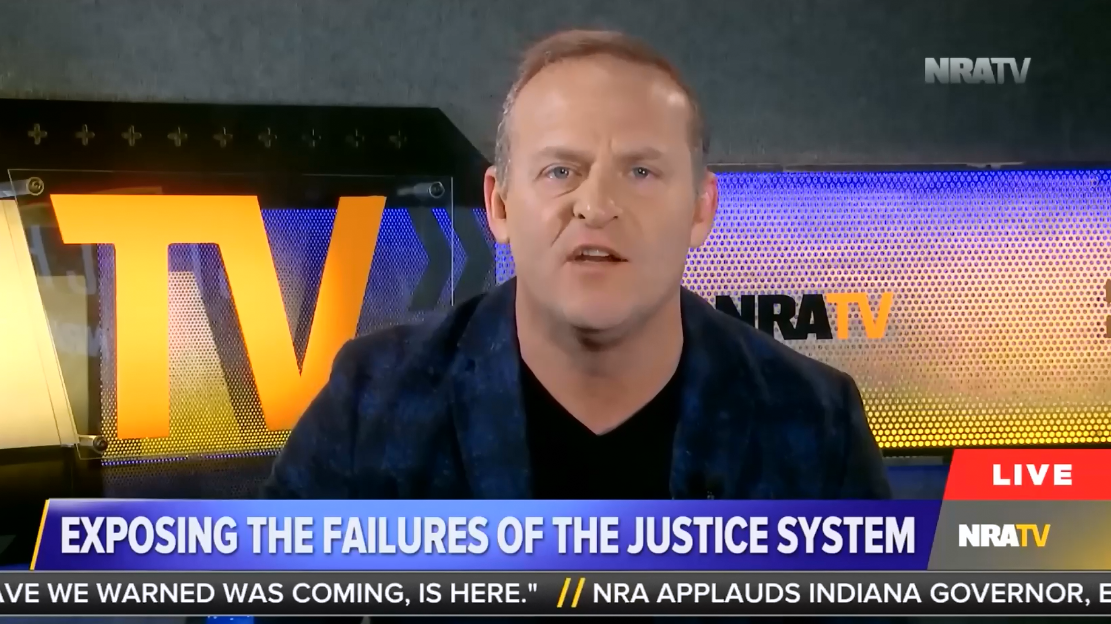 On the National Rifle Association’s media outlet, NRATV, host Grant Stinchfield blamed “liberal leadership” for a rapist who received no jail time -- even though the judge in the case is a registered Republican.

On April 25, a former school bus driver in Watertown, NY, received 10 years' probation and “the lowest level status on New York’s sex offender registry” after he pleaded guilty to raping a 14-year-old girl. When issuing the ruling, Judge James P. McClusky pointed out that the defendant “had no prior arrests and that there was only one victim in the case,” according to The Washington Post.

During the April 30 edition of NRATV’s Stinchfield, Stinchfield railed against McClusky’s decision, calling it an example of “liberal leadership” that “give(s) passes to the criminals.” Stinchfield went on to say that “actions have consequences,” which is “a staple of the justice system, unless of course you’re a liberal”:

GRANT STINCHFIELD (HOST): You’ve got to be kidding me. Really? He made the choice to  do what he did. He made the choice to change that 14-year-old girl’s life forever, and somehow the judge buys into the fact that he’s sorry and we should feel sorry for him? No jail time needed? This is what liberal leadership is: Give passes to criminals. While the victim’s mother clearly isn’t happy about all this. Quote -- is what she says: “He took something from my daughter she will never get back and has caused her to struggle with depression and anxiety. I wish he would have received jail time for the harm he caused to my child.” We all do, at least those of us with common sense and those of us who believe actions have consequences. A staple of the justice system, unless of course you’re a liberal.

In reality, McClusky is a registered Republican and was endorsed by both the Republican and Conservative parties when he ran for the New York Supreme Court’s 5th Judicial District in 2011.