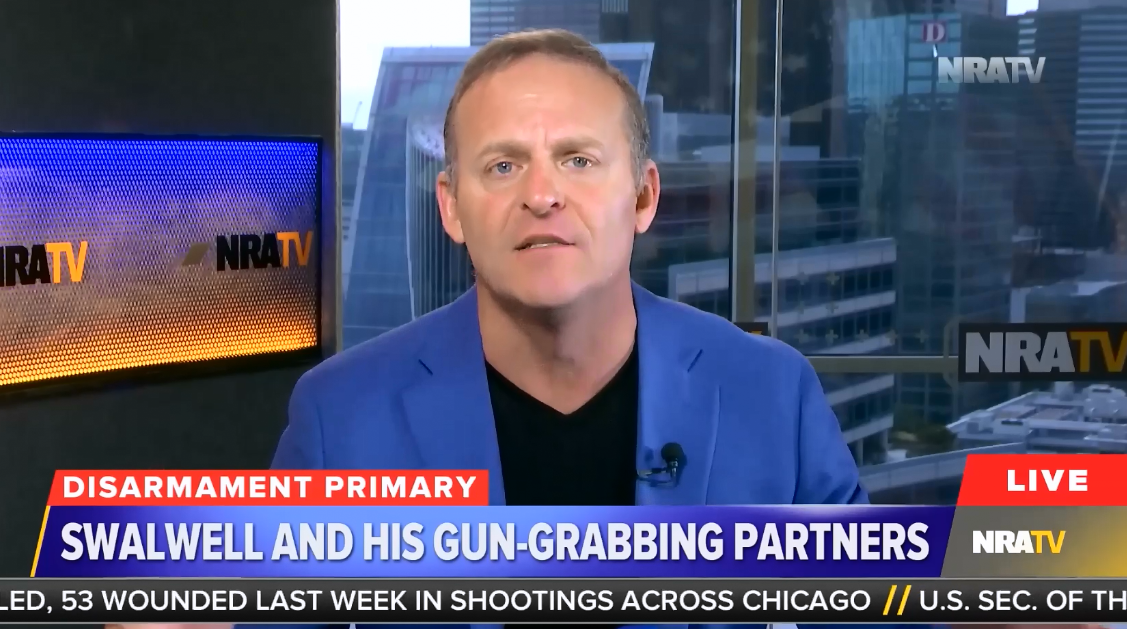 Passed in 2005, the PLCAA prohibits “qualified civil liability actions” which “result from the criminal or lawful misuse” of firearms or ammunition from being brought against their manufacturers. Though there are a few specific exceptions to the law, no other type of industry has this kind of blanket civil immunity. Democrats in Congress recently proposed repealing the PLCAA by introducing the Equal Access to Justice for Victims of Gun Violence Act.

During the June 19 edition of NRATV’s Stinchfield, host Grant Stinchfield said repealing the protections for gun manufacturers would be using “your government to persecute a group of people” and called it “tyrannical behavior.” He went on to claim that Swalwell’s ultimate goal is to put gun manufacturers “out of business”:

GRANT STINCHFIELD (HOST): It is an outrageous proposal, it is an anti-freedom proposal, and it is persecution. And in fact, I could also throw it onto the list of tyranny. Because when you use your government to persecute a group of people -- whether it’s gun manufacturers, whether it’s you or me -- that is tyrannical behavior and the only reason he does that is because he doesn’t believe in what they are producing or manufacturing, he doesn’t believe in what we are saying or supporting: the Second Amendment. So in the end, he wants lawsuit after lawsuit to pile up against these manufacturers, blaming them for crimes they have nothing to do with, to ultimately put them out of business so they can’t manufacture any more guns, so you can’t buy them, so ultimately they disappear after he buys them all back and the people who don’t sell them back are all thrown into prison. What a country. Is that what you want to live in? I don’t think so.