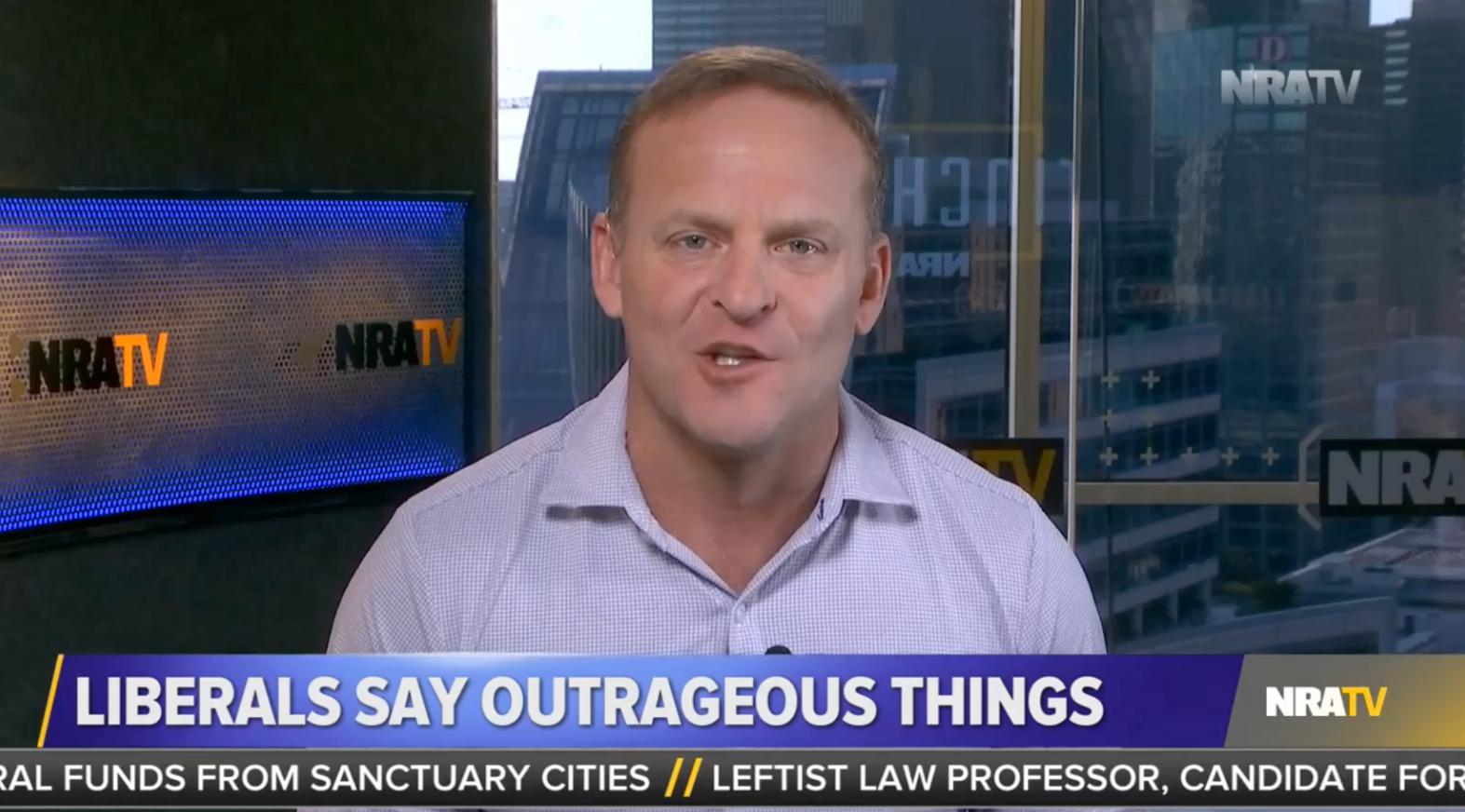 NRATV host Grant Stinchfield aired a deceptively edited video of House Minority Leader Nancy Pelosi (D-CA) to claim she defended MS-13 when she supposedly criticized President Donald Trump for not respecting “the dignity and worth of” the gang members. Stinchfield went on to accuse Pelosi of “Trump derangement syndrome.” From the August 3 edition of NRATV’s Stinchfield:

GRANT STINCHFIELD (HOST): What about MS-13, a gang whose motto is “torture, rape, kill”? President Trump called them animals. Why? Because they are and everyone knows it. Still the response from the Democrats was to defend MS-13.

NANCY PELOSI: We’re all God’s children. There’s a spark of divinity in every person on earth and that we all have to recognize that as we respect the dignity and worth of every person.

STINCHFIElD: Dignity and worth? They’re killing people. Clearly Trump derangement syndrome must be real. These leaders of the Democratic Party have gone nuts.

NRATV cut Pelosi off and didn't air her full remarks. Pelosi made these comments during her weekly press conference on May 17 and she was clearly referring to “undocumented immigrants”:

We believe, some of us who are attracted to the political arena, to government and public service, that we’re all God’s children, there’s a spark of divinity in every person on Earth, and that we all have to recognize that as we respect the dignity and worth of every person and as we recognize our responsibilities with that spark of divinity within us.

NRATV previously aired video footage of members of antifa -- the far-left-leaning militant group that resists neo-Nazis and white supremacists at demonstrations and other events -- causing property damage in Washington, D.C., on inauguration day, falsely claiming that the footage was from the Women’s March that took place the next day. The outlet has broadcast other blatant falsehoods, such as lying about a “direct quote” from FBI Director James Comey in defense of Trump and referring to a satire article clearly labeled “fiction” as if it were serious on Election Day in 2016 in order to urge viewers not to vote for Hillary Clinton.