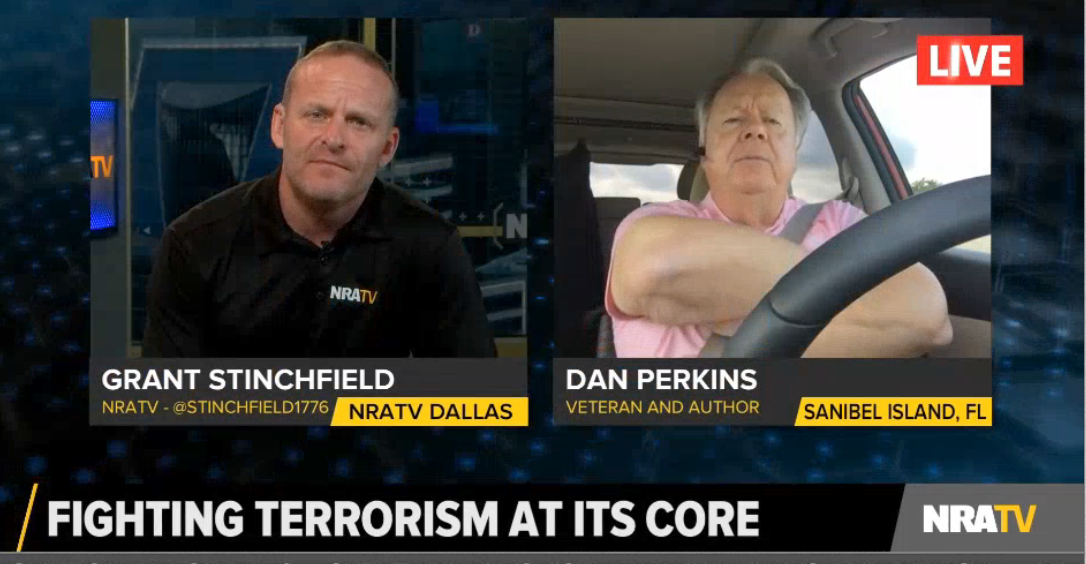 Hours after police called an attack on pedestrians outside a Finsbury Park mosque in north London an act of terrorism, the National Rifle Association’s news outlet, NRATV, attempted to cast doubt on that determination. During the 10 am edition of his June 19 show, host Grant Stinchfield claimed that “something just seems odd” about the attack and referred to the violent incident as a “maybe attack.” London Metropolitan Police declared that the attack was an act of terrorism eight minutes after a 48 year-old-man drove a van into a crowd of people outside a mosque, killing one and injuring ten. Despite this, Stinchfield said that he would “like to get more information about what really happened there.” From the June 19 edition of NRATV’s Stinchfield:

GRANT STINCHFIELD (HOST): I was going to first ask you about the maybe attack in London, where again we had a van drive through folks it appears, in front of a mosque. What do you make of early this morning's events?

DAN PERKINS: Well it's interesting, it’s 180 degrees from the last one. This attack was civilians on the Muslims. They ran into, right outside of a mosque as people were coming out from the worship services for Ramadan. And the guy was shouting, basically he was saying, "it's our turn, this is for the people [that] you killed earlier.” So he was specifically out after Muslims, not after British citizens, per say. But in retaliation for the recent attacks in London. One guy decided he was going to do something about it, and he ran his van, he killed one person and injured a bunch of others. But it was at a mosque in London.

STINCHFIELD: Alright, so we see an escalating number of attacks, as that is still under investigation. And I would like to get more information about what really happened there, as it’s still very early in this investigation. But something just seems odd about the whole thing to me.

Immediately after two previous attacks in London, in March and in June, Stinchfield used the violent events to advocate for increased gun ownership both in the U.S. and in the U.K. -- going so far as to calling unarmed victims “sheep.”