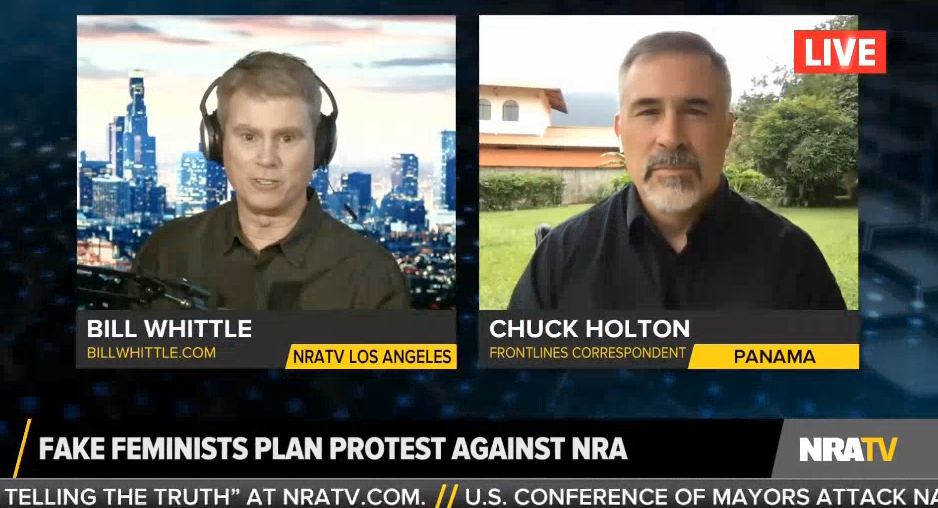 The National Rifle Association’s news outlet, NRATV, attempted to smear the Women’s March in Washington as “certainly not peaceful” by conflating it with an entirely different event from another day.

While discussing the upcoming July 14 Women’s March on the NRA, guest host and NRATV commentator Bill Whittle said these “so-called peaceful left-wing marches” are “not exactly as they’re advertised” said and that he was hosting NRATV correspondent Chuck Holton to talk about “a story about a woman's march.”

Holton then discussed people who damaged property in Washington, D.C., on Inauguration Day as the NRATV feed played footage of windows being broken on January 20. According to CBS News, 217 protesters were arrested and six police officers received minor injuries.

But the Women’s March, an entirely different event that took place on January 21, made headlines because it was peaceful and there were “exactly zero arrests” that day.

From the July 7 edition of the NRATV’s hourly updates:

BILL WHITTLE (GUEST HOST): Chuck, you’re probably wondering why we’d bring a tough guy like you into a story about a woman's march, but what I find very interesting is that you have in fact been on some of these so-called peaceful left-wing marches and they’re not exactly as they’re advertised, are they?