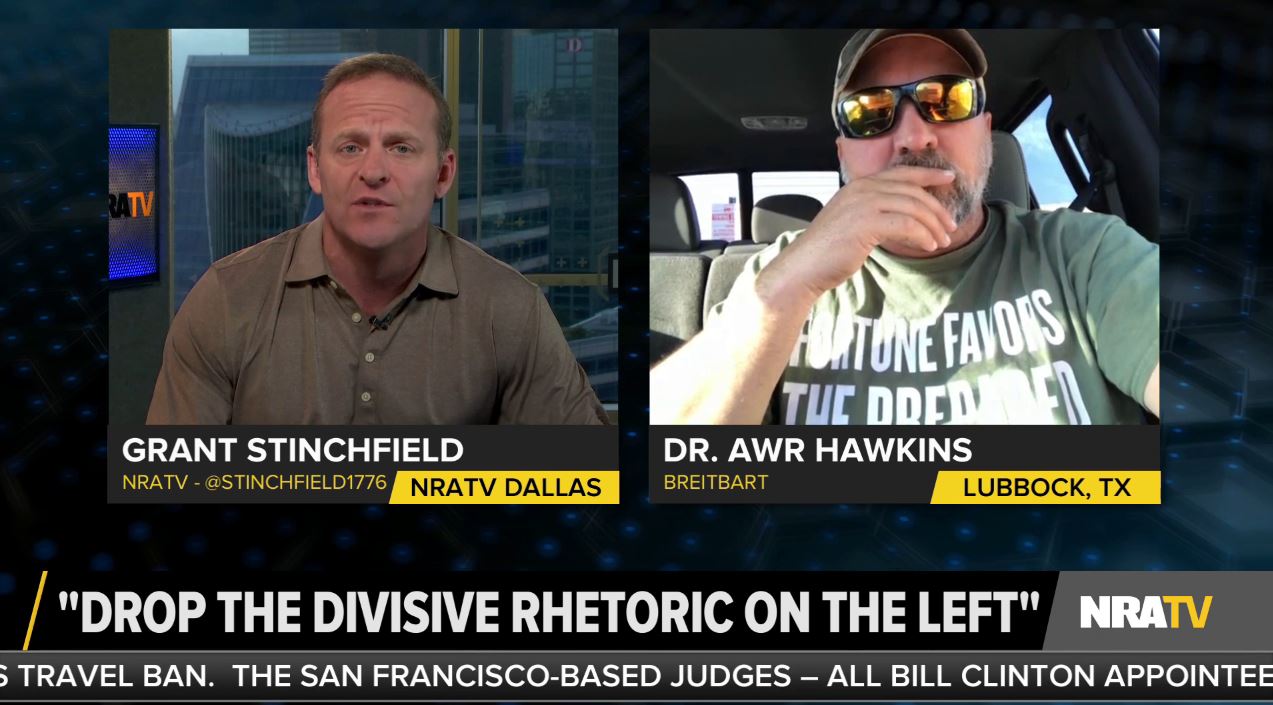 The National Rifle Association hypocritically used its news outlet to repeatedly assign collective blame to the “left” for a shooting that left Rep. Steve Scalise (R-LA) critically wounded. When former Democratic Rep. Gabby Giffords was shot in the head in 2011, the NRA was largely silent, claiming, “At this time, anything other than prayers for the victims and their families would be inappropriate.”

On June 14, a 66-year-old gunman opened fire on a congressional baseball practice and shot five, including Scalise. The attacker, later identified as James Hodgkinson, was shot at the scene by U.S. Capitol Police and later died from his injuries. A Capitol Hill staffer, a man who helps organize the baseball practice, and two police officers were also shot.

Based on his Facebook profile, Hodgkinson was an avid Bernie Sanders supporter with a hatred of conservatives and President Donald Trump. His numerous posts included one on March 22 in which he called Trump a “traitor” who had “Destroyed our Democracy,” adding, “It’s Time to Destroy Trump & Co.,” according to CNN. In a February post, he called Republicans “the Taliban of the USA.”

Sanders condemned the shooting, saying, “I am sickened by this despicable act. Let me be as clear as I can be — violence of any kind is unacceptable in our society, and I condemn this action in the strongest possible terms.”

Just hours after the shooting, during the 10 a.m. edition NRATV’s program Stinchfield, which provides live news updates at the top of the hour from 9 a.m. to 1 p.m. EST, host Grant Stinchfield said, “There is an atmosphere of violence being pushed across America by the left” that “motivates unstable people.” During the 1 p.m. update, Stinchfield said the “violent rhetoric being pushed by the left-wing elitists amounts to political terrorism” and claimed that this “motivates unstable people to do … unspeakable things.”

The next day, Stinchfield jumped at the chance, during the 9 a.m. edition of the program, to partially blame “those on the left” and the “violent atmosphere” they have created “against conservatives” for the shooting. While he conceded that “the shooter has accountability in this,” Stinchfield claimed, “There is culpability on those on the left that push this violent atmosphere against conservatives”:

GRANT STINCHFIELD (HOST): Look, I want everyone to know that certainly the shooter has accountability in this. He gets the ultimate responsibility for his actions. But when you are unstable, when you are deranged, it only takes a little bit to provoke you to do something. There is culpability for those on the left that push this violent atmosphere against conservatives, against people that don’t believe in what they do. And that’s what’s got to stop.

On June 15, Breitbart columnist AWR Hawkins wrote a piece for NRA’s magazine, America’s 1st Freedom, outlining how “the left incites violence.” Hawkins wrote that Democrats “push protests past the limit of decency” and that their “goal is to divide the country,” noting that “such division … grows into hatred that can erupt into the kind of violence” that took place in Alexandria:

Trump haters push protests past the limit of decency, with media fanning the hateful flames. People like Kathy Griffin and those who produce New York Public Theater’s Shakespeare in the Park series, whose goal is to divide the country, then use the division to their political benefit. Such division births animosity, which grows into hatred that can erupt into the kind of violence we saw when 66-year-old James T. Hodgkinson opened fire on the GOP lawmakers.

The left has created a climate in which violence is imminent; the divisions they foster and maintain to be elected to office—or to preserve their Hollywood and media fiefdoms—are coming back to haunt us in real time. Shame on them for exploiting the very violence their ideology births; for seeking to spin a heinous crime into another gun control law.