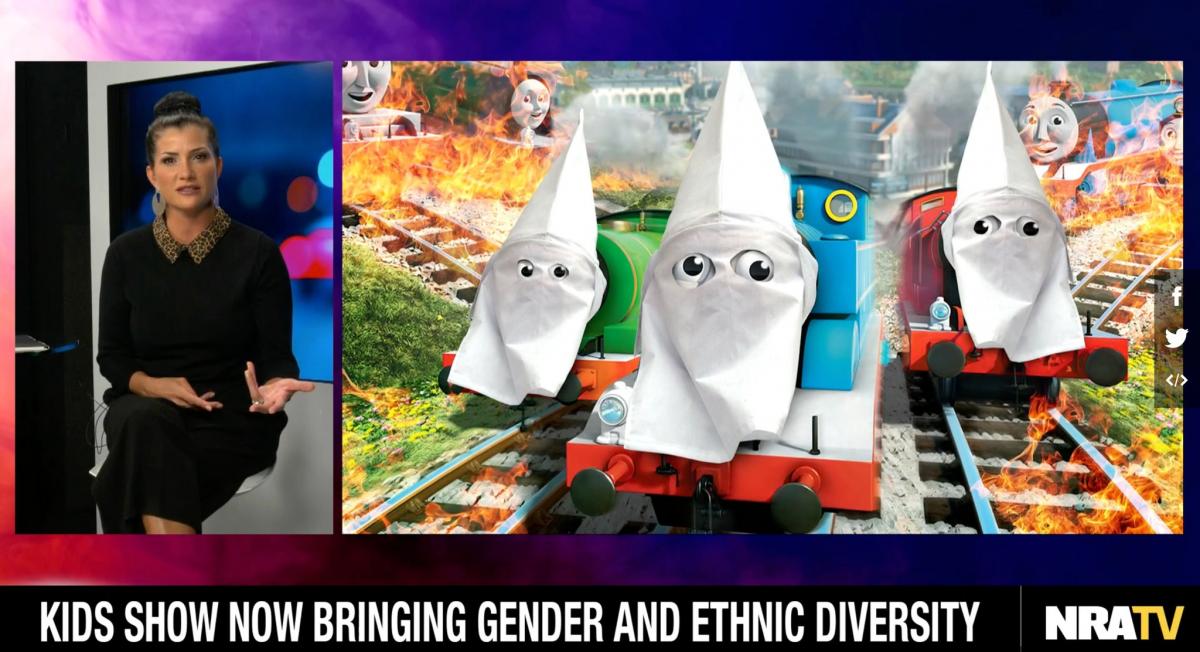 Moments ago, The New York Times reported that the National Rifle Association (NRA) has shut down production of NRATV. The NRA also cut ties with Ackerman McQueen, ending a decades-long relationship with the firm that operated NRATV.

According to the Times, the flashpoint for the schism within the NRA, leading the NRA to sever ties with Ackerman McQueen and shut down NRATV, started with an NRATV program editing a Thomas the Tank Engine video, mocking ethnic diversity on the children's program by portraying the show’s talking trains in Ku Klux Klan hoods. That video was originally surfaced by Media Matters for America, a nonprofit media watchdog, which has monitored NRATV since its inception.

In reaction to the reports, Angelo Carusone, president of Media Matters, issued the following statement:

The fact that NRATV was brought down due in large part to internal strife that catalyzed following public blowback over NRATV attacking the children’s show Thomas the Tank for its diversity efforts is another potent reminder that sunlight is the best disinfectant.

While it was long past time that NRATV was held accountable for its damaging effects, make no mistake: the National Rifle Association did not shut down NRATV because of the lies or bigotry of NRATV. Instead, they only acted when NRATV’s existence threatened the organization's bottom line and exposed the depths of corruption by the NRA’s leaders.

Here’s a full timeline of the NRA turmoil kicked off by the blowback from the work done by Media Matters.