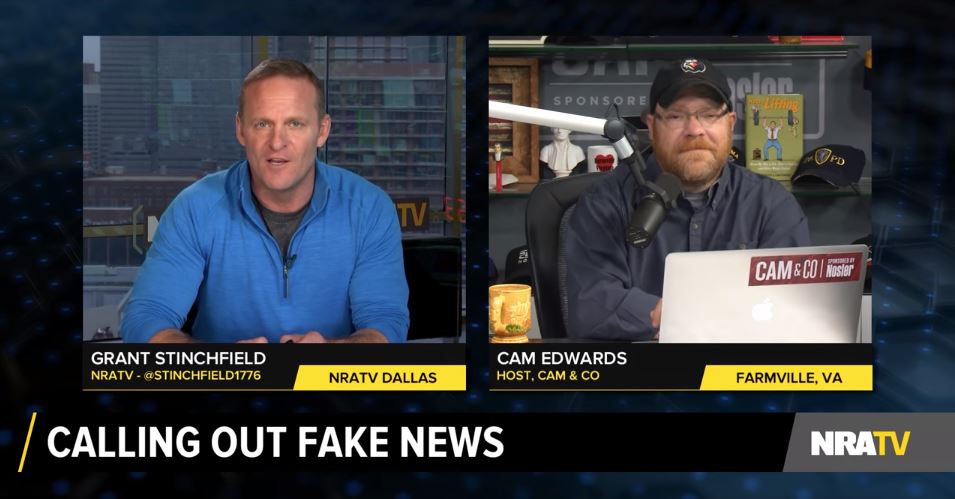 A veteran producer for the National Rifle Association’s media operation, Cameron Gray, announced today that he and several of his colleagues had been laid off from NRATV.

Some personal news: Just shy of my 10-year anniversary, me and several colleagues had their positions terminated this morning

So, if you have or know of any jobs available in the DC-area, or any that can be done remotely, please let me know

The layoffs follow reporting on the NRA’s most recent tax filings, which show a $55 million drop in revenue between 2016 and 2017.

Gray was most often seen on NRATV as a producer and occasional guest host for Cam & Co., a weekday three-hour talk radio-style broadcast that covers gun issues as well as general conservative interest stories. Gray wrote on his LinkedIn profile that he has worked on the show since 2009. Cam & Co. was first launched in 2004 with host Cam Edwards as the flagship of the NRA’s media operation, which was then called NRA News. Cam & Co. was also broadcast on the Sportsman Channel beginning in January 2013 through its cancellation by the network in June 2015. It remains to be seen whether Cam & Co. will continue to be broadcast; the November 28 broadcast of the show was a repeat of the previous day’s episode.

Media Matters has been a frequent critic of misinformation about gun violence that permeates Cam & Co.’s programming, most notably the show's incessant -- and incorrect -- argument that more permissive access to firearms leads to lower levels of gun violence and frequent false claim that guns are used to stop crimes more often than they are used to commit them.

In October 2016, NRA News rebranded itself as NRATV with the aim of offering more live programming. NRATV broadcasts via online streaming at NRATV.com, on satellite radio, and through Apple TV, Roku, and Amazon Fire. As with NRA News, NRATV’s operations are supported by the gun group’s advertising firm, Ackerman McQueen.

The launch of NRATV in 2016 presaged a sharp change in tone for the NRA’s media operation. Going beyond misinformation about the debate over gun laws, new programming on the network struck such a hateful, bigoted, and conspiratorial tone that Media Matters termed the operation a “hybrid of Breitbart and Infowars.”

NRATV has also essentially served as state TV for the Trump administration, in its early days attacking the press for reporting on then-candidate Donald Trump’s admission on tape that he has sexually assaulted women. The pro-Trump propaganda has continued since then, with one recent example being NRATV host Grant Stinchfield’s declaration that Trump was the real winner of the 2018 midterm elections, where Democrats won the House of Representatives by historic margins. New programming launched by NRATV also showed great hostility towards the First Amendment -- both in the tendency to attack peaceful protests against Trump and its often wildly unhinged attacks on press critical of the president.