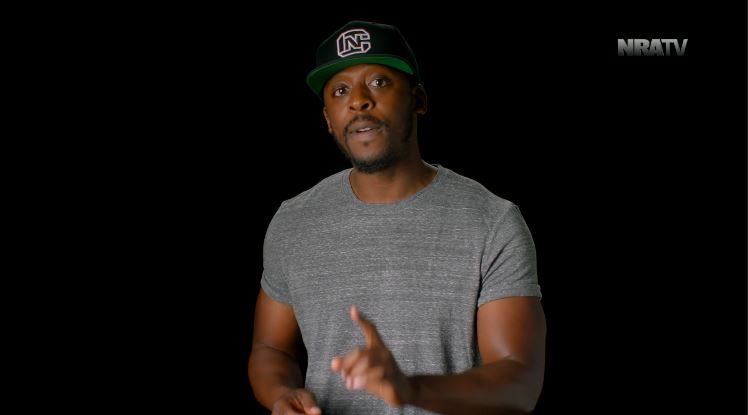 NRATV, the National Rifle Association’s media operation, caused a stir on Twitter Thursday afternoon after sending a tweet that read, “It's time to put an end to this glorification of carnage in pursuit of ratings because it's killing our kids. It's time for Congress to step up and pass legislation putting common sense limitations on #MSM's ability to report on these school shootings."

The tweet immediately generated outrage, which is understandable given that it appeared NRATV was promoting the notion that Congress ought to limit how the press can report on gun violence. NRATV, however, had taken itself out of context. The tweet was promoting a video narrated by NRATV host Colion Noir that ultimately concluded that such action by Congress would be wrong.

“It's time to put an end to this glorification of carnage in pursuit of ratings because it's killing our kids. It's time for Congress to step up and pass legislation putting common sense limitations on #MSM's ability to report on these school shootings." –@MrColionNoir #MSMsense pic.twitter.com/0CulOKEPSn

Viewers could be forgiven for not sitting through the four-minute video given its painfully bad logic. It essentially equated Congress passing a law to limit how the press could cover shootings to Congress passing a law that regulates gun ownership. This is of course nonsensical given that rights protected by the Constitution are regulated in different ways, something that Noir, a law school graduate, should know.

Prohibiting the press from reporting on shootings would constitute prior restraint, which would violate the First Amendment. Regulations on firearms, however, are typically permissible under the Second Amendment.

The 2008 landmark Supreme Court decision District of Columbia v. Heller found that the Second Amendment protects the right of law-abiding individuals to have a handgun in the home for the purpose of self-defense. The ruling means that total gun bans are unconstitutional. However, many other regulations are permissible. As Heller’s majority opinion, written by conservative Antonin Scalia, stated, “Like most rights, the right secured by the Second Amendment is not unlimited.”

Federal courts have repeatedly upheld laws banning assault weapons, for example. According to the Giffords Law Center to Prevent Gun Violence, “courts across the country have rejected the overwhelming majority of Second Amendment challenges initiated since Heller,” finding that myriad regulations comport with the Second Amendment right.

This is all unimportant to NRATV, which crowed about the controversy and was clearly pleased with the result of its dishonest ploy. Noir wrote on Twitter, “I hate to humble brag but My recent  video just exposed how our mainstream media refuses to watch a 4min video in its entirety before reporting on it and pushing their agenda.” Apparently without irony -- given that NRATV took itself out of context -- NRATV’s Twitter account promoted a tweet from The Washington Times that read, “NRATV host Colion Noir enraged critics on Thursday who were eager to use an out-of-context tweet on de facto media control as a serious argument.” During the May 25 broadcast of NRATV, host Grant Stinchfield said of the media, “We here at NRATV set a trap, and they got caught,” adding that it “borderlines on criminality when it comes to the way they abuse the First Amendment.”

Promoting obviously false information is a tactic at NRATV, which has fabricated congressional testimony during its broadcasts to attack its political opponents and even once quoted a satire article published by the NRA’s magazine that was clearly labeled “fiction” as if it were serious in order to encourage people to vote for Donald Trump on Election Day.

Chillingly, NRATV has actually supported anti-First Amendment measures as part of its pro-Trump efforts, particularly when it comes to the freedom of the press and the right to assemble. While branding itself as a news source, NRATV clearly does not act in good faith and should be thought of less as a legitimate journalism operation than as a propaganda outlet.