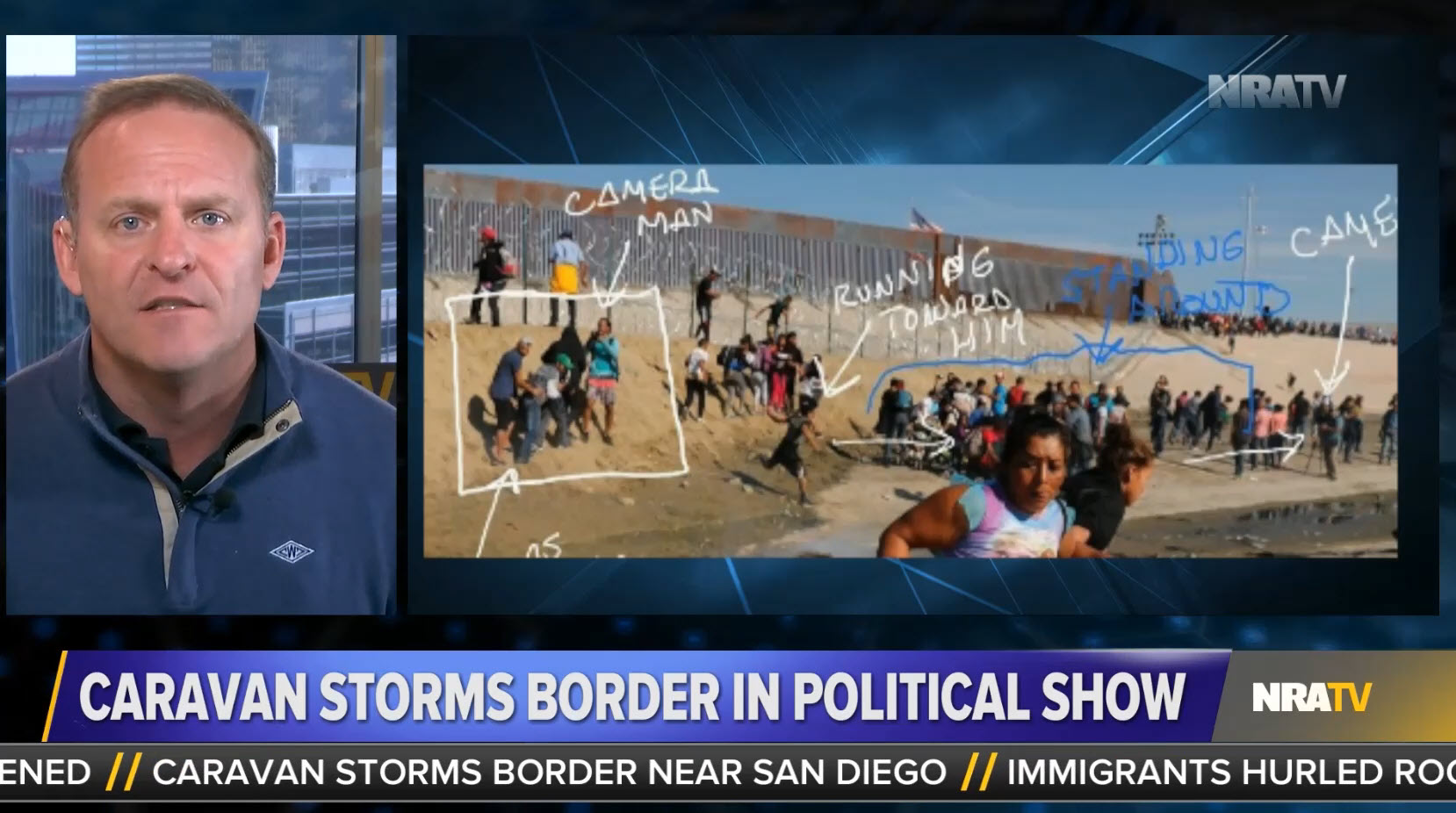 After news outlets published disturbing images of migrant children suffering the effects of tear gas fired by the U.S. Border Patrol at the Mexican border, an effort has emerged in far-right media circles to defend the indefensible by calling the photographs “staged.”

Border Patrol agents fired tear gas at a group of roughly 500 migrants attempting to cross the U.S.-Mexico border near the San Ysidro Port of Entry on November 25. CNN reported that “video of the scene showed a cloud of tear gas that sent people running and screaming, including families with young children.” Homeland Security Secretary Kirstjen Nielsen attempted to justify Border Patrol’s actions by claiming that some migrants “attempted to breach legacy fence infrastructure along the border and sought to harm CBP personnel by throwing projectiles at them.”

Some members of far-right media quickly responded to the incident by questioning the veracity of photographs showing children fleeing the tear gas.

Disreputable website The Gateway Pundit published an article claiming that “the illegal alien mother ‘fleeing’ from the border wall was all a lie. It was a setup.” Calling the photograph a “hoax,” the article bizarrely argued that the border incident was a “photo-op” because the pictures show other people not running and some with cameras in the background.

Gateway Pundit owner Jim Hoft promoted the article, which was authored by his brother Joe, on Twitter:

Hoaxed: The 'Illegal Alien Mom with Barefoot Kids' Photo was a Setup - Another Staged #FakeNews Production https://t.co/Dd46vDr2s0 via @gatewaypundit

Chuck Holton, a correspondent for the National Rifle Association’s NRATV operation, claimed that the photo was “staged” in a general sense “by people who helped this woman and her kids travel 1500 miles, by a media who encouraged her dangerous trek, by leftist orgs who assisted, facilitated and goaded her to take her children to a violent mob riot.”

This photo was staged - not in the moment, but over time by people who helped this woman and her kids travel 1500 miles, by a media who encouraged her dangerous trek, by leftist orgs who assisted, facilitated and goaded her to take her children to a violent mob riot. pic.twitter.com/7ySOw1cOd2

Holton, who has a lengthy history of promoting white nationalism and making racist comments, had repeatedly pushed the conspiracy theory that philanthropist George Soros was behind the migrant caravan -- a remarkably similar theory to the one that inspired a gunman to carry out last month’s massacre at a Pittsburgh, PA, synagogue.

Holton’s NRATV colleague Grant Stinchfield claimed during a November 26 NRATV broadcast that the image is “propaganda at its best” and that “this whole thing was a set up job and the media complied.”

The claim that the photographs from the tear gas incident were staged is also gaining traction on the far-right cesspool 4chan: 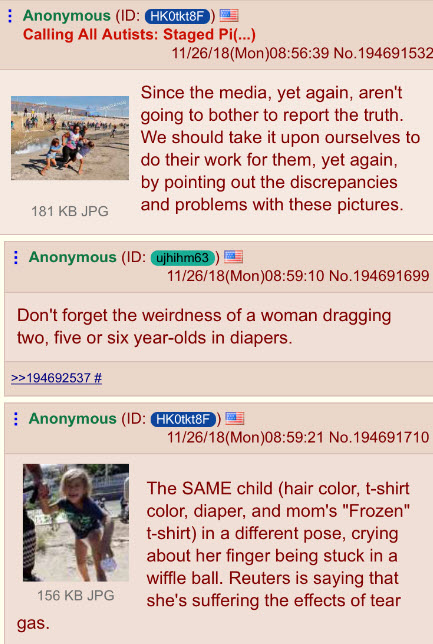