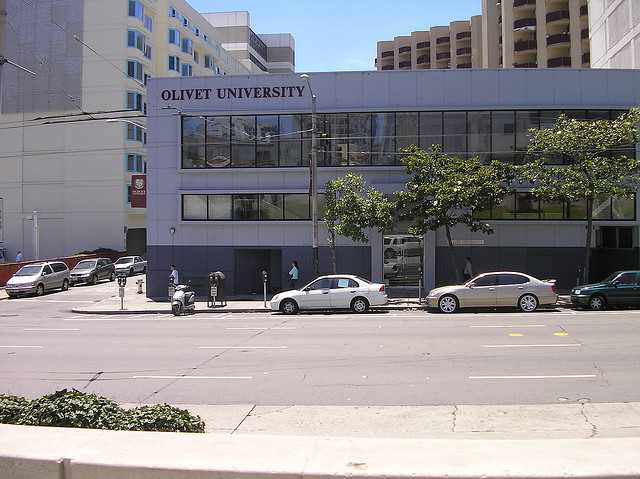 New reporting highlights the links between Newsweek's new owners, IBT Media, and an evangelical college that threatens to punish students if they're caught engaging in “homosexual activity.”

After a one-year print hiatus, Newsweek is back on newsstands and under the new ownership of IBT Media. In-depth reports in The Guardian  and Mother Jones document the extensive ties between IBT and David J. Jang, the leader of an evangelical Christian sect called “the Community” and founder of the Bay Area Olivet University.

There aren't any formal links between the Community and IBT, but in an email unearthed by Dooley, Davis wrote that his ties to Jang's network were “inherently covert.”

Davis' wife Tracy Davis is the president of Olivet University. The Guardian confirmed that besides hiring Olivet students to work for its media properties, IBT has also donated money to the college.

Davis himself has drawn fire for having praised a 2013 op-ed by fringe “ex-gay” activist Christopher Doyle. As The Guardian reported, Davis called Doyle's piece “shockingly accurate” and lauded it for “cut[ting] like a hot knife through a buttery block of lies.” In the op-ed, Doyle argued that “a sensitive nature,” “an over-attachment to the opposite-gender parent and peers,” and childhood sexual abuse predisposed people to same-sex attraction. Doyle also touted the discredited work of Mark Regnerus, who produced a bogus study claiming that same-sex parenting leads to negative outcomes for children.

Contrasting Davis with others in the “very gay friendly” media, Doyle called his warm words “a breath of fresh air,” The Guardian noted.

Responding to concerns raised about his personal views, Davis released a statement in which he vowed to “respect diversity in our workplace” and “support a diverse range of opinions and values.” Davis' homage to newsroom diversity, however, doesn't change the fact that Newsweek's corporate parent is complicit in anti-gay discrimination elsewhere.