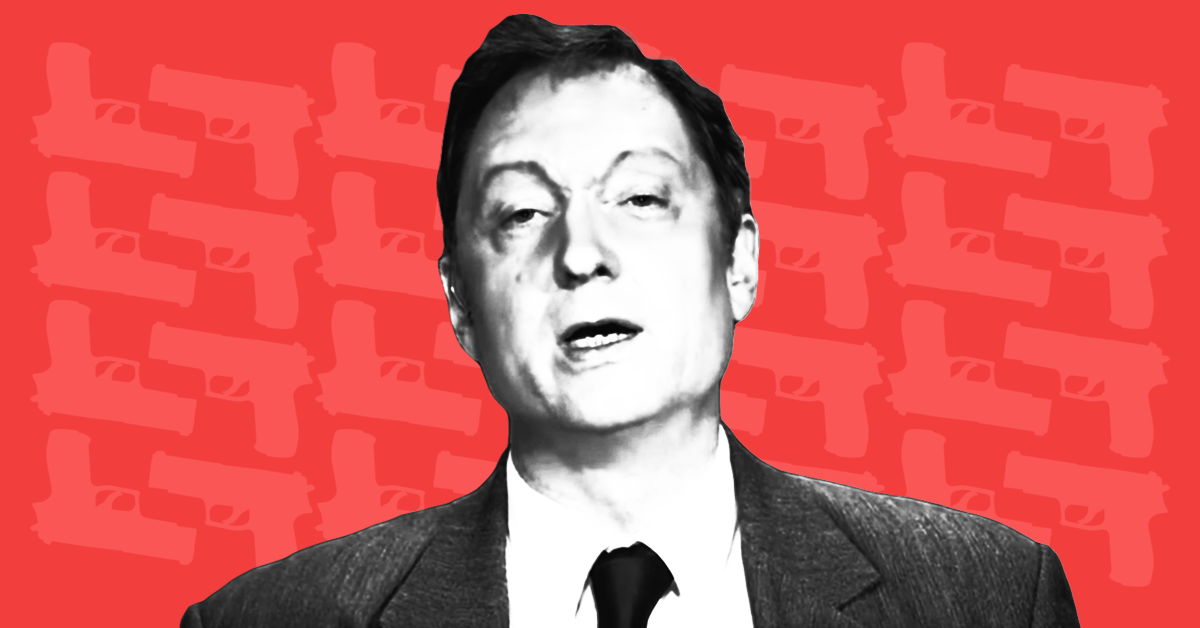 The New York Times published an opinion piece by discredited economist John Lott that made false claims about the national background check system for gun purchases and cited a survey that fact-checkers have criticized as unscientific.

Lott is a well-known pro-gun advocate and frequent source of conservative misinformation about gun violence and other topics. He rose to prominence during the 1990s with the publication of his book More Guns, Less Crime, although his conclusion that permissive gun laws reduce crime rates was later debunked by academics who found serious flaws in his research. He has also faced accusations of data manipulation and fabrication in order to advance a pro-gun agenda.

Just last week, Lott made headlines after a paper he published claiming undocumented immigrants in Arizona “are at least 142% more likely to be convicted of a crime than other Arizonans” was debunked by the libertarian Cato Institute. As Cato immigration expert Alex Nowrasteh explained, “Lott’s controversial empirical findings regarding the high admission rate of illegal immigrants to Arizona prisons, a finding that contradicts virtually the entire body of research on the topic, stems from his simple misreading of a variable in the 1985-2017 [Arizona Department of Corrections] dataset. Lott thought that ‘non-U.S. citizens and deportable’ describes only illegal immigrants but it does not.”

In his op-ed for the Times, Lott misrepresented data to attack proposals to expand background checks on gun sales to include private sales -- which constitute a substantial proportion of gun transfers -- by falsely suggesting that the system is broken because of “false positives” that deny legal gun owners the ability to purchase a firearm.

In his piece, Lott wrote:

Between 2006 to 2010, the last period for which more comprehensive annual data on the denial of firearm applications by the background check system are available, there were 377,283 denials. But the federal government prosecuted only 460 of those cases, leading to 209 convictions, mostly on charges of providing false information. There was a similarly small number of state prosecutions resulting from the gun purchase denials.

This data led Lott to conclude that “a high percentage of cases are dropped because the applicant was wrongly denied clearance to buy a gun.” Despite Lott’s repeated touting of this talking point, it is false because it relies on the incorrect assumption that the federal government actually routinely prosecutes people who fail a background check when attempting to purchase a gun.

A comprehensive analysis from The Washington Post suggests that the vast majority of individuals denied by the background check system are actually legally prohibited from buying a gun. The FBI, which in 2010 was responsible for approximately half of all denials, reported that less than five percent of denials were successfully appealed. The primary reasons for denial were a felony conviction or indictment (47.4 percent) or status as a fugitive (19.1 percent).

In his Times op-ed, Lott also made the false claim that permissive laws allowing guns to be carried in public are a benefit to public safety. (Credible research indicates these laws actually increase violent crime, in particular aggravated assault.) To support his claim, Lott wrote, “In 2013, PoliceOne, a news and resource site for active and retired law enforcement officers, released a survey finding that over 91 percent of the more than 15,000 ‘verified law enforcement professionals’ who responded supported concealed carry.”

The 2013 PoliceOne survey was criticized by fact checkers after the National Rifle Association used it to push a false pro-gun talking point, with FactCheck.org concluding “The survey wasn’t a scientific poll that aimed to gather responses from a random sample of the nation’s police officers. Rather, it was a self-selected Internet poll, in which more than 15,000 of PoliceOne.com’s 400,000 registered members chose to respond, either because of email solicitation or a link to the survey on the PoliceOne.com website.”

Last month, The Times published a glowing profile of NRA spokesperson Dana Loesch with the paper terming her a “telegenic warrior” despite criticism that Loesch has used her NRA role to incite violence against journalists and critics of the president. The Times’ acceptance of Lott’s opinion piece is another indication of how much the paper is willing to kowtow to pro-gun activists, no matter how extreme or false their claims are.