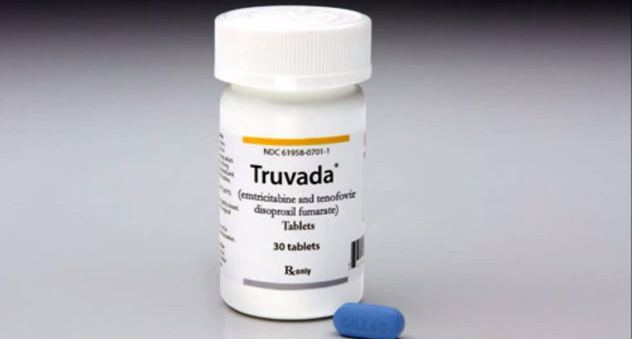 The Centers for Disease Control and Prevention's (CDC) ringing endorsement last week of Truvada, the "miracle drug" that blocks HIV infection, presents news outlets with a prime opportunity to cover an historic development in the three-decade struggle against HIV/AIDS. So far, however, media organizations have largely ignored the story.

Truvada is a 10-year-old pre-exposure prophylaxis (PrEP) treatment combining two different antiviral drugs. Taken daily, it prevents infection of HIV. Even though the Food and Drug Administration (FDA) approved the drug back in July 2012, it hasn't exactly caught on; a September 2013 report by Gilead Sciences found that only 1,774 people had filled Truvada prescriptions from January 2011 through March 2013. Nearly half of users were women, even though gay men are the demographic group most at risk for HIV/AIDS.

Part of the reason Truvada has been slow to gain steam is, undoubtedly, the stigma attached to those who use it. Gay men who use the drug have been derided as "Truvada Whores," a term many users have sought to reclaim. Some HIV/AIDS advocates, including Michael Weinstein of the AIDS Healthcare Foundation, have cast doubt on Truvada's effectiveness, noting that it won't block infection unless users strictly adhere to taking it daily.

But advocates who hail Truvada as a watershed development in the struggle against HIV/AIDS got a huge boost on May 14, when the CDC's Morbidity and Mortality Weekly Report called on doctors to prescribe the pill for patients deemed at risk of HIV/AIDS - men who have sex with men, heterosexuals with at-risk partners, anyone whose partners they know are infected, and those who use drugs or share needles.

As The New York Times noted, if doctors follow the CDC's advice, Truvada prescriptions would increase to an estimated 500,000 annually.

On May 15, the Times gave the CDC's historic report prime placement on its front page:

But the Times and The Washington Post were the only major newspapers outlets to cover the CDC's report: 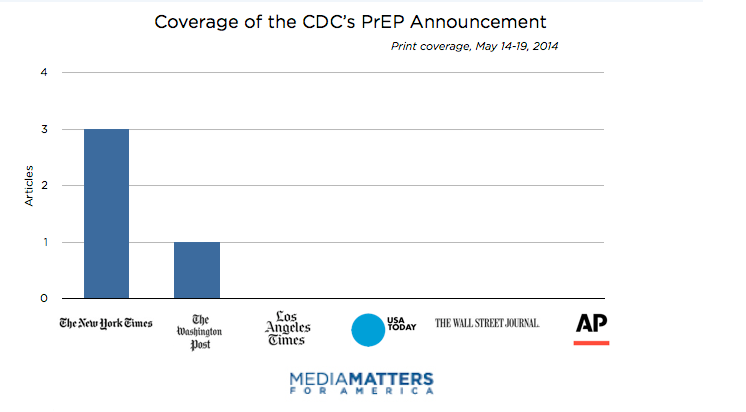 Of the major broadcast networks, ABC and CBS reported on the CDC's Truvada endorsement. No cable outlets covered the announcement.

Media coverage of Truvada would go a long way toward reducing the stigma that still exists about the drug. Despite the CDC's strong endorsement, advocates fear that many doctors and patients will still resist - in part because of misinformation portraying Truvada as a “party drug,” but also because, as Dr. William Schaffner, head of preventive medicine at Vanderbilt University, told theTimes, "[t]he average doctor is still only dimly aware of this." Given that most Americans rely on news outlets for their information about HIV/AIDS, media organizations have a unique opportunity to raise awareness of Truvada among potential users and the medical community.

In contrast to the dearth of coverage given to Truvada, news outlets have reported on another seemingly obscure health stories of late. On May 16, for instance, NBC's Today covered one mother's effort to raise awareness about a rare strain of meningitis that killed her daughter. In recent days, news networks have also covered the spread of the MERS virus to the U.S.; several hundred people have been sickened by the disease in the Middle East. While not insignificant, such stories affect far fewer lives than HIV. The CDC estimates that there are fewer than 1,000 cases of meningococcal meningitis per year in the U.S., while there are an estimated 50,000 new HIV infections annually.

CORRECTION: This post originally stated that ABC was the only broadcast network to have covered Truvada between the dates specified. In fact, CBS News also covered the CDC's announcement twice. Media Matters regrets the error.