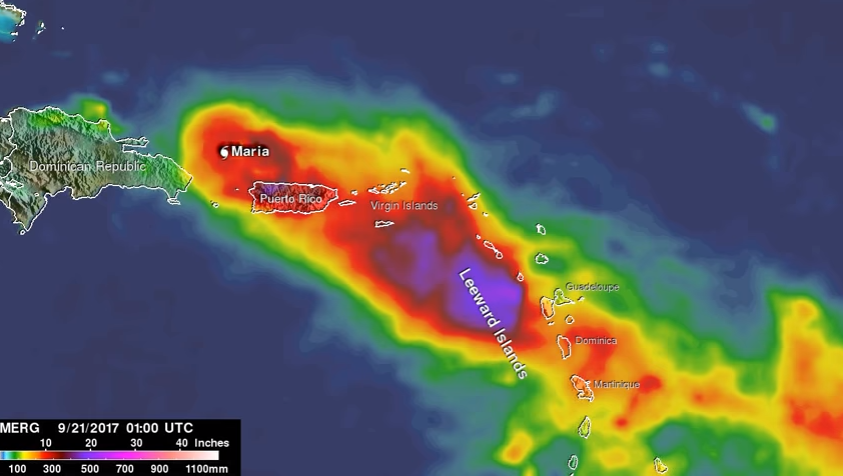 On September 20, Hurricane Maria made landfall in Puerto Rico, a U.S. territory, and knocked out power to the entire island of 3.5 million people. Puerto Rican officials have described “apocalyptic” destruction, and a dam is in danger of bursting, threatening to flood already devastated areas. Officials fear power could be out for months. Despite the extensive destruction, on their first editions since the storm hit, the five major Sunday political talk shows dedicated less than one minute in total to covering the growing humanitarian emergency.

Even though Maria first made landfall in Puerto Rico several days ago, ABC’s This Week, CBS’ Face the Nation, and Fox Broadcasting Co.’s Fox News Sunday all failed to mention the extensive destruction and the millions of American citizens without power or shelter. CNN and NBC’s Sunday political talk shows both mentioned the story but spent minimal time covering the devastation. On CNN’s State of the Union, Our Revolution President Nina Turner implored President Donald Trump to “use his energy to fight for our sisters and brothers in Puerto Rico who have no power,” and on NBC’s Meet the Press, moderator Chuck Todd closed the program by telling its viewers how they could “help your fellow Americans in Puerto Rico” and displaying contact information for four highly-rated charities assisting recovery efforts.

Eric Holthaus, a meteorologist and contributing writer for Grist, demonstrated the importance of reporting on the devastation in Puerto Rico in a September 22 article, which noted that Hurricane Maria’s “rains fell at a rate exceeding that of Hurricane Harvey in Texas with wind speeds exceeding that of Hurricane Irma in Florida.” Holthaus also reported that “90 percent of homes and businesses have suffered ‘complete’ damage,” comparing the “$30 billion” in estimated destruction in Puerto Rico to “a $500-billion disaster in New York City or a $700-billion disaster in California.” Holthaus warned that “if the aid response is not swift, the situation in Puerto Rico has all the makings of a major humanitarian crisis”:

The rain and winds may be over, but Maria’s impact on Puerto Rico is only just beginning.

Officials warn it may take up to six months to fully restore power. In some communities, 90 percent of homes and businesses have suffered “complete” damage. To make matters worse, more than 40 percent of Puerto Rico’s 3.5 million residents live below the poverty line, making the uphill climb to recovery even more steep.

All indications are that Hurricane Maria has inflicted one of the most extreme and catastrophic weather events in American history. If the aid response is not swift, the situation in Puerto Rico has all the makings of a major humanitarian crisis.

Initial estimates of damage to the island exceed $30 billion. That’s roughly one-third of Puerto Rico’s annual economic output — making Maria the rough equivalent of a $500-billion disaster in New York City or a $700-billion disaster in California. With the Puerto Rican government already saddled with more than $70 billion in debt, help is going to have to come from outside the island.