Yesterday, on the tenth anniversary of the September 11 terror attacks, the National Rifle Association (NRA) sent out an e-mail titled “Remember September 11.” The e-mail sent from NRA executive vice president Wayne LaPierre began by recounting the bravery of fireman on 9-11 and American troops in Afghanistan, some of whom “share their memories” in the next issue of one of the NRA's many magazines. Then it asked people to text donations to the NRA Foundation to “help us tell more stories like theirs.”

I guess we all remember 9-11 in different ways. 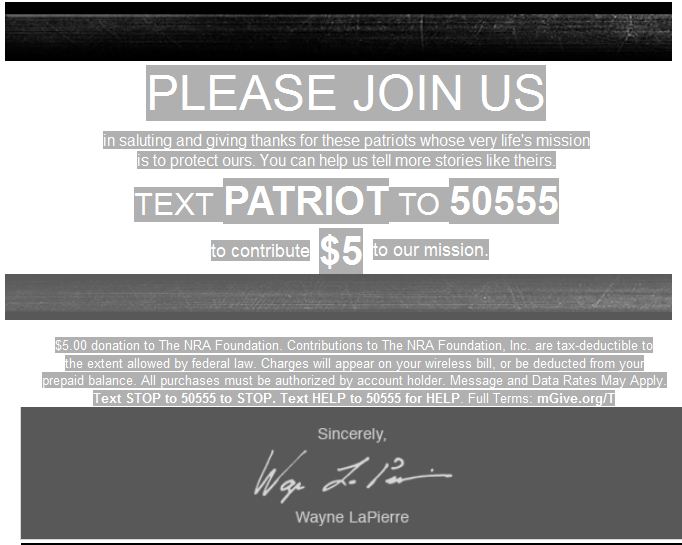 “Freedom itself was attacked” read another NRA e-mail sent to members on September 10. The appropriate response according to the NRA: buy a some stuff from the NRA store to help fund the gun lobby.

American freedom remains under attack. On the 10th anniversary of 9/11, preserve your right to self defense and promote our national defense by continuing your commitment to America's foremost defender of liberty - The National Rifle Association of America.

Then they tried to unload some “Don't Tread On Me” mugs. According to the email, “100%” of profits from sales “go directly to support vital NRA programs.”