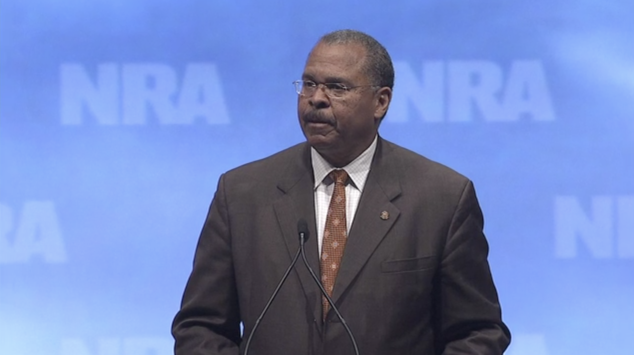 In the wake of two mass shootings in Texas and Ohio over the weekend that left more than 30 people dead, National Rifle Association board member Ken Blackwell shared a meme that blamed gun violence on a lack of prayer in school and lack of discipline at home.

Blackwell, former Ohio secretary of state, has served on the NRA’s public affairs committee and urban affairs committee in his capacity as a board member, and he was the keynote speaker at the NRA’s National Prayer Breakfast at its 2019 annual meeting. He is also a senior fellow at anti-LGBTQ group Family Research Council.

On Sunday night, Blackwell posted a meme on his Facebook page that read: “The problem is not guns, it’s hearts without God, homes without discipline, schools without prayer, and courtrooms without justice.” 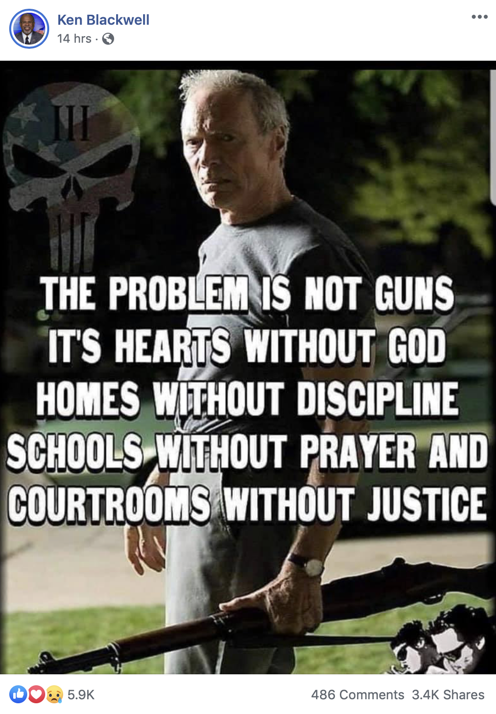 The meme also depicted the Roman numeral III over a “Punisher” skull logo -- a common reference to the anti-government Three Percenter militia movement. The Southern Poverty Law Center describes the Three Percenters as “a loosely organized movement of gun owners” who believe that that gun safety laws should be opposed “with force if necessary.”