National Rifle Association board member Ted Nugent was allowed to address the Women’s Leadership Forum at this year’s NRA annual meeting in Dallas, TX, despite his history of misogyny and reports that he engaged in sexual misconduct involving minors.

In a May 5 Facebook post, Nugent shared this picture of himself speaking at the Women’s Leadership Forum, writing, “A grand American freedom celebration was had by all at the mighty NRA party in Dallas”: 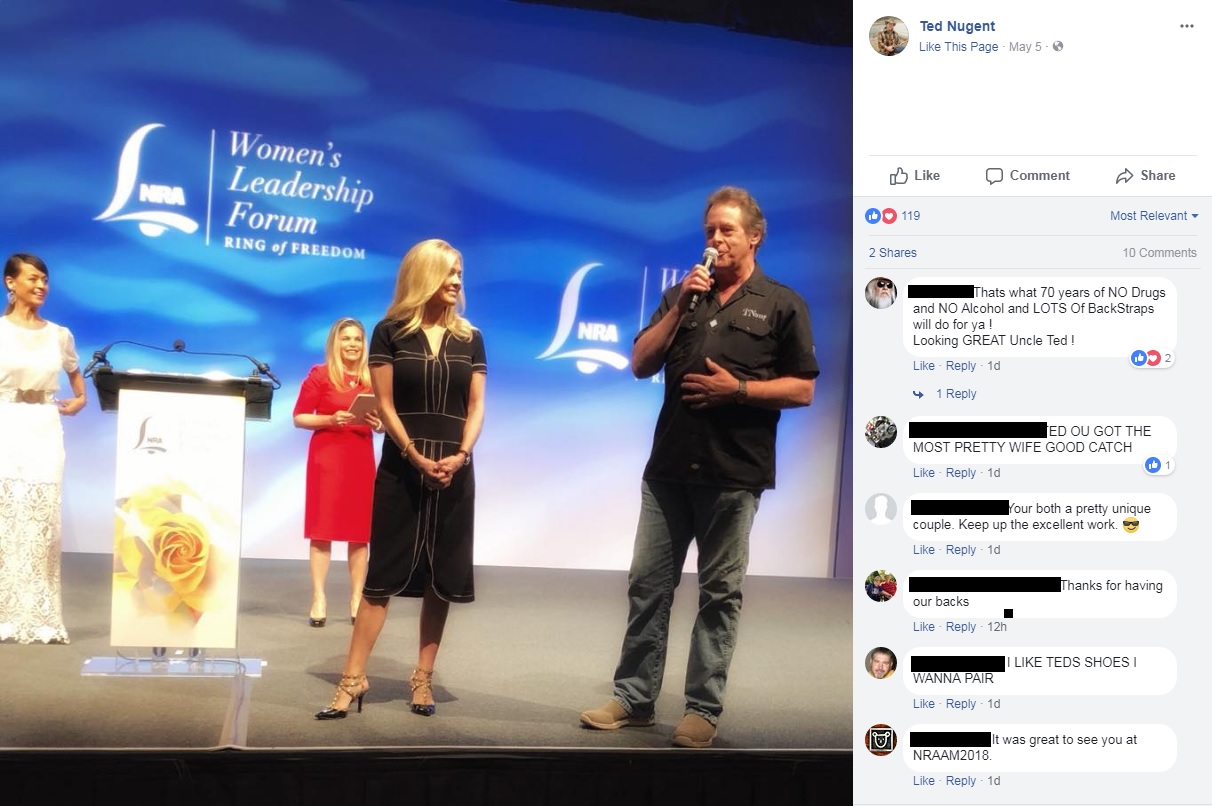 Nugent has a long record of making profane attacks against women, including telling a CBS News producer that he would “fuck” her in a lewd off-camera remark, claiming “fat chicks” will kill you, defining the term feminist as “some fat pig who doesn’t get it often enough,” calling former Attorney General Janet Reno a “dirty whore,” and referring to Hillary Clinton as both a “worthless bitch” and a “toxic cunt.”

Back in the 1970s, a 30-year-old Nugent became the legal guardian of a 17-year-old girl with whom he had a romantic relationship. The woman later said, “It just really wasn’t a terribly appropriate situation in most people’s eyes. And now, it would be criminal.” In 2004, singer Courtney Love said that she performed oral sex on Nugent when she was 12 years old. According to Mediaite, “Nugent apparently declined to comment” about Love’s statement when she made it.

The Women’s Leadership Forum was held on May 4 and billed as an event for “philanthropic women united with the mission of infusing new enthusiasm, new excitement, new leaders and new opportunities into the fight for Second Amendment freedoms.” This year’s forum featured professional sexist Tucker Carlson as its keynote speaker.