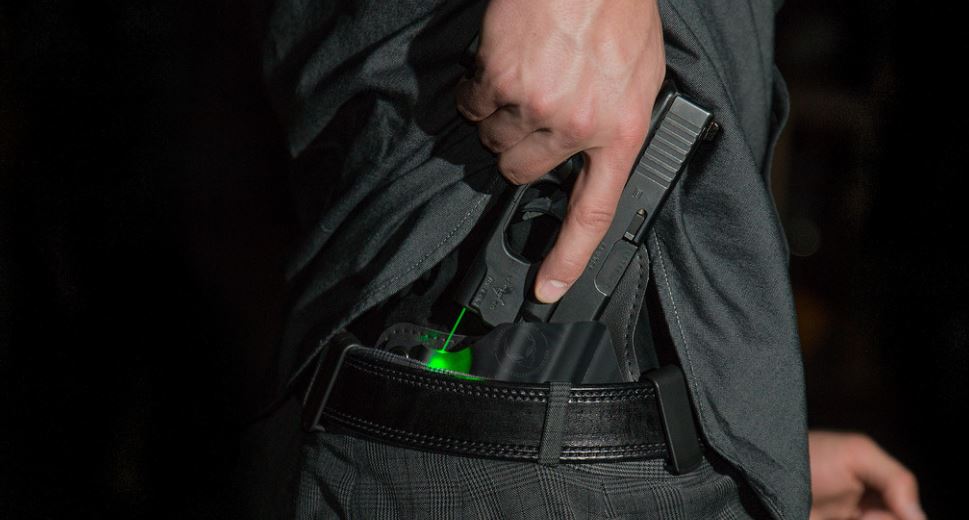 As Republicans in the U.S. House of Representatives move to loosen standards nationwide on gun owners carrying their weapons in public, one of the most prominent gun violence researchers in the United States is imploring media to “not just cover the politics” of the proposed legislation but also “the harmful effects” permissive concealed carry laws already have on public safety.

The House is poised to vote today on H.R. 38, the Concealed Carry Reciprocity Act of 2017, to advance the National Rifle Association’s top legislative priority. The legislation would mandate that states recognize concealed carry permits issued by all other states, even though standards for carrying a gun in public vary dramatically.

In a last-minute move, Republican backers of the bill are combining H.R. 38 with legislation that would ensure records that disqualify people from passing a background check are submitted into the National Instant Criminal Background Check System. The move endangers the prospect of a broadly backed bill to improve that system by pairing it with legislation that researchers and law enforcement groups warn will have a deleterious impact on public safety.

In an email interview with Media Matters, Dr. Daniel Webster, the director of the Johns Hopkins Center for Gun Policy and Research, explained the public safety stakes of weakening laws nationwide for carrying guns in public, and urged media to not just cover the “politics” of the fight over the legislation “but the reality of the already lax concealed gun carry laws, the harmful effects of those laws, and convey how radically national [concealed carry reciprocity] would change gun laws in the U.S.”

Asked about the public safety implications of lax concealed carry laws, Webster cited peer-reviewed studies to explain that “the latest and strongest research on de-regulating civilian concealed carry of firearms indicates that this is a path toward more, not less violence, more not fewer deaths.”

Debunking the myth that more people carrying guns in public would be a panacea to mass public shooting incidents, Webster pointed to widespread and permissive carrying of guns in public as a reason for -- not the solution to -- high levels of gun violence in the United States, writing, “The argument that our high rate of mass shootings or other gun violence is due to insufficient numbers of civilians carrying concealed guns is not consistent with other research. The U.S. has relatively ‘normal’ levels of aggression and violence as other high-income western democracies, but our homicide rates are about 6 times higher than the average for those other countries.”

Media Matters also asked Webster about concerns expressed by critics of H.R. 38 that states have inconsistent standards for issuing permits to individuals who have histories of domestic violence, violent misdemeanors, or multiple convictions for driving under the influence.

Webster told Media Matters that “the research shows that these are all high-risk groups,” explaining that “allowing such individuals, especially those with recent history of violence or reckless behavior like DUI, to carry concealed loaded firearms in public, in my opinion, is bad for public safety. We know when it comes to firearm prohibitions for violent misdemeanants, such restrictions have been linked to reduced violent crime and intimate partner homicide.”

States also have different requirements for gun owners to get safety training before they are allowed to carry a gun in public, with some states requiring no training at all. While noting that there are “no rigorous studies on the efficacy of gun safety training,” Webster said that nonetheless “law enforcement and military officials have recognized that rigorous and repeated training is necessary to hone skills necessary if someone is going to effectively and responsibly use firearms in response in high stress situations. Requiring a reasonable amount of safety training also results in fewer people carrying guns who are not committed to safety.”

Speaking on the media’s responsibility to cover the reciprocity push generally, Webster urged the press to cover the real world impacts of permissive concealed carry, stating, “This is really important legislation that could harm public safety.”