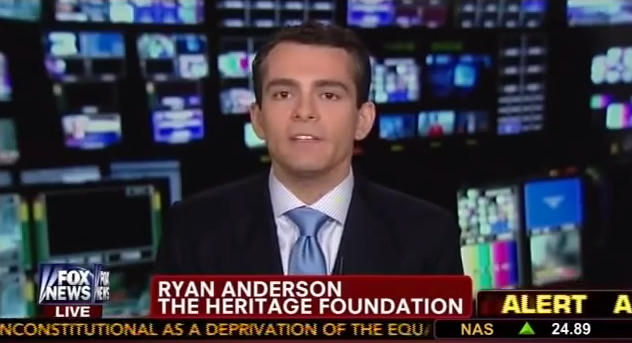 On July 21, President Obama signed an executive order that prohibits federal contractors from discriminating against their employees on the basis of sexual orientation or gender identity. Despite pressure from some conservatives, the order did not include a broad exemption for religiously-affiliated organizations to engage in such discrimination, instead re-affirming a Bush II-era exemption that will allow a contracted "religious corporation, association, educational institution, or society" to continue to limit its hires to employees of their preferred religion. Prior to the issuing of the order, Executive Order 11246, more than 100 faith leaders signed a letter warning that the rejected religious exemptions would “open a Pandora's box inviting other forms of discrimination.”

In a July 22 editorial, National Review Online complained that the order was unnecessary due to “changing social attitudes and the pressure of market competition” and argued that “the order addresses a small and shrinking problem of discrimination at a cost to religious liberty.”

Ryan T. Anderson, a fellow at the conservative Heritage Foundation and a writer for the Daily Signal, Heritage's news site, echoed NRO's objections. Anderson flatly rejected any comparison between anti-gay discrimination and that based on sex or race and referred to sexual orientation and gender identity as “voluntary behaviors” :

Federal policy on government contracts should not seek to enforce monolithic liberal secularism. Today's order undermines our nation's commitment to reasonable pluralism and reasonable diversity. All citizens and the groups they form should be free to exist and participate in relevant government programs according to their reasonable beliefs. The federal government should not use the tax-code and government contracting to reshape civil society on controversial moral issues that have nothing to do with the federal contract at stake.

[S]exual orientation and gender identity are unclear, ambiguous terms. They can refer to voluntary behaviors as well as thoughts and inclinations, and it is reasonable for employers to make distinctions based on actions. By contrast, “race” and “sex” clearly refer to traits, and in the overwhelming majority of cases, these traits (unlike voluntary behaviors) do not affect fitness for any job.

Today's executive order bans decisions based on moral views common to the Abrahamic faith traditions and to great thinkers from Plato to Kant as unjust discrimination. Whether by religion, reason, or experience, many people of goodwill believe that our bodies are an essential part of who we are. On this view, maleness and femaleness are not arbitrary constructs but objective ways of being human to be valued and affirmed, not rejected or altered. Thus, our sexual embodiment as male and female goes to the heart of what marriage is: a union of sexually complementary spouses. Today's order deems such judgments irrational and unlawful.

NRO's claim that the free market will solve anti-LGBT discrimination, which was also echoed by Anderson, is popular among right-wing pundits, but it has no basis in reality. UCLA's Williams Institute -- which both Anderson and NRO cited to bolster their claims -- released a study in 2011 finding that LGBT employees continue to experience "widespread discrimination" in the workplace: 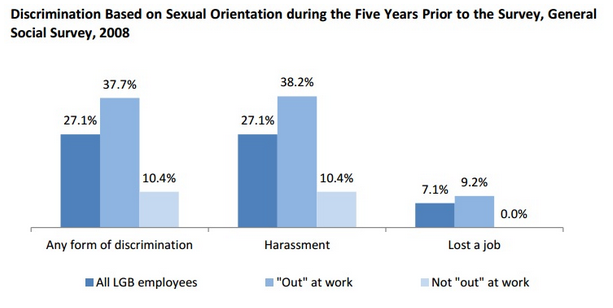 Additionally, the Williams Institute has found that gay men earn between 10 and 32 percent less than similarly educationally and professionally credentialed heterosexual men; other studies have also identified wage disparities between lesbian women and heterosexual women and transgender and cisgender workers.

Moreover, Anderson's reliance on “religious freedom”  or the ability of “voluntary market forces” to eliminate “true discrimination”  is reminiscent of the way conservatives attempted to avoid complying with civil rights legislation at a time when racial discrimination by private actors was similarly widespread. The Supreme Court has repeatedly rejected this argument in the context of race. Now, in addition to the Supreme Court's accumulating decisions against legislated anti-LGBT animus, the lower courts are indicating that Anderson's invocation of the free market as a refuge of discrimination on the basis of sexual orientation or gender identity is similarly out of date under the law.

What's more, implementing a broad religious exemption could potentially be an administrative nightmare. As Slate's Mark Joseph Stern observed, broader exemptions might allow individuals working for a company to discriminate or refuse to provide services on the basis of sincerely held religious beliefs: 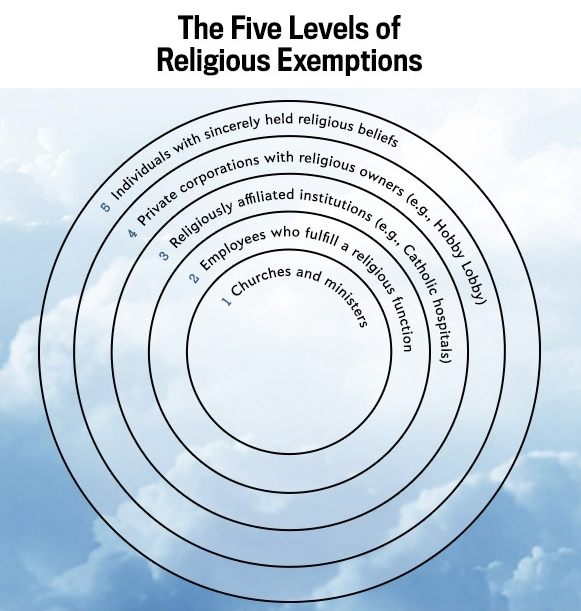 Despite the right-wing narrative, the question at the heart of Obama's executive action isn't whether citizens are free to adhere to religious denominations that don't affirm LGBT equality; it's whether contractors that are paid to work for the federal government are permitted to discriminate against their LGBT employees.

Right-wing media's attacks on the administration's executive order represent merely the latest signal that anti-LGBT pundits don't understand the importance of balancing anti-discrimination law with religious liberty.Conservative media figures have also asserted a constitutional right to a reality show in response to controversies over anti-gay remarks by personalities like the Benham Brothers and Duck Dynasty's Phil Robertson.