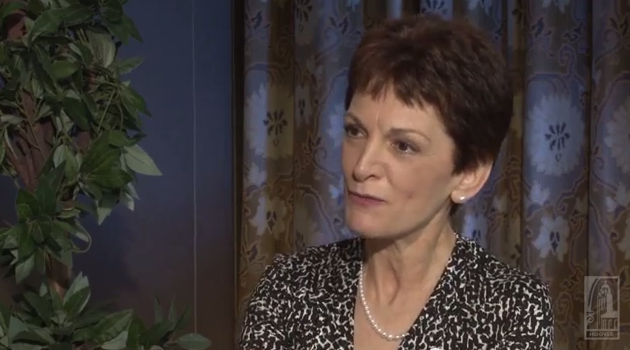 National Review Online columnist Mona Charen lamented the marginalization of anti-LGBT bigotry, writing that acceptance of LGBT people is largely due to “fashion” and decrying the affirmation of LGBT youth as “child abuse.”

In her January 14 syndicated column, Charen responded to a recent op-ed in The New York Times urging medical providers to ensure that transgender patients have access to fertility treatment. To Charen, the op-ed marked merely the latest indicator of society's “obsession with sexuality as identity” and its “undermining of the best interests of children in favor of the self-expression of adults.” The decline of homophobic and transphobic bigotry is evidence to Charen that "[w]e have elevated sexual appetites ... to an exalted status" (emphasis added):

There are limitless identities that students could be encouraged to cultivate as they mature. A handful that leap immediately to mind: American, humorist, musician, athlete, debater, nature-lover. Instead, our universities fall all over themselves to encourage unusual sexual identities, from homosexuality and lesbianism to transgender, bisexual, transsexual, and other. It's all done in the name of “inclusion” and non-discrimination, but, let's face it, there's an element of fashion in it.Non-traditional sexual behavior is “in.”  There are academic courses on offer at major universities concerning “queer theory,” pornography, and “lesbian gardening.” (Truly.) How can any serious academic treat pornography as a fit subject for college study? It's more than a devaluation of the life of the mind; it's an assault on human dignity.

We have elevated sexual appetites -- especially unusual sexual tastes -- to an exalted status, worthy of study, defining our natures and experiences, and outranking other traits in importance. In many states, there are moves to outlaw psychotherapy that purports to change a person's sexual orientation. Without excusing or approving abusive efforts to brainwash gay people straight -- and there are some hair-raising stories out there of people subjected to “aversion therapy” and so forth -- it is interesting that we are being asked to deny people the opportunity to change in only one direction. No one is suggesting that if a straight person wants to become gay and consults a therapist who wishes to help him make that transition, that he should be prevented from doing so.

Perhaps gay activists aren't campaigning for “ex-straight” therapy because their own experiences bear out the absurdity of the idea that one's sexual orientation can be changed. But to Charen, simply acknowledging this fact brings “sexual appetites” to an “exalted status.”

This is child abuse. Children pass through phases. Nothing permanent should to be done to any child that is not medically necessary. Suppose a child decided that he wanted to be an amputee or a one-eyed pirate? We've lost all common sense in the face of this mania for sexual mutability.

Charen's framing of the California law dovetails with that of other right-wing critics of the law, who have peddled baseless fears about inappropriate bathroom behavior that will result from letting each student “choose” which bathroom he or she wishes to use. In reality, school districts are implementing the law on a case-by-case basis to ensure that students using it really are transgender. Moreover, school districts that have implemented similar policies have reported no instances of inappropriate behavior.

And while Charen thinks it's “child abuse” to provide hormone therapy to transgender youth, the American Academy of Pediatrics states that gender identity is often established by age four. Contra Charen, children who receive hormone therapy aren't just going through “phases,” and families seeking hormone therapy for transgender children undergo vetting from medical professionals before being given access to appropriate medical care.

If Charen is truly interested in rectifying cases of child abuse, she could start by confronting the damage done when parents and family members aren't accepting of their LGBT children and try to ignore their gender or sexual identities. Inconveniently for Charen, that might require discarding her rabidly anti-LGBT views.