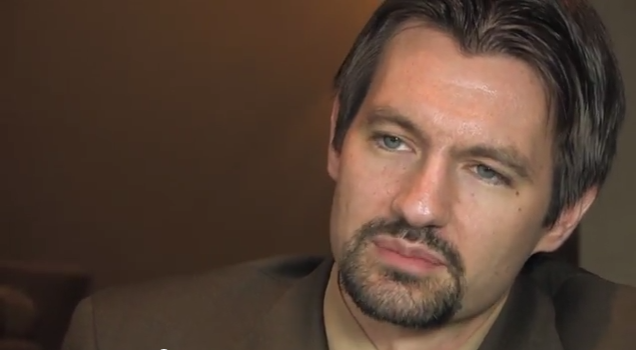 National Review Online turned to a researcher with a history of dubious scholarship and inflammatory racial theories to defend the University of Texas sociologist Mark Regnerus' deeply flawed study attacking same-sex parenting. The researcher, Jason Richwine, resigned from the Heritage Foundation after it came to light that he had written that new Latino immigrants are likely to have “low-IQ children.”

In a November 18 blog post for NRO, Richwine depicted Regnerus as the victim of a left-wing conspiracy, citing a recent court order to release records concerning the 2012 publication of Regnerus' study, which purported to find that children raised by same-sex parents fare worse than those raised by heterosexual parents. Experts strongly condemned the study, citing its methodological flaws. Regnerus didn't compare children of married same-sex parents to those of married straight parents, and he failed to establish a causal relationship between same-sex parenting and negative outcomes for children.

Most damning was the revelation that the rabidly anti-LGBT Witherspoon Institute funded and helped plan the study. Given that Regnerus' research has figured prominently in anti-equality debates around the world, the call for greater transparency on the study's funding and design is understandable. That's what spurred the recent court order.

Ignoring those concerns, Richwine argued that those holding Regnerus accountable have embarked on a “witch hunt” (emphasis added):

Modern-day America is civilized in that, while we conduct plenty of witch hunts, we do at least stop right before the burning-at-the-stake part. That's progress! But it's not much consolation for Mark Regnerus, whose scholarly research questioning same-sex parenting has drawn a seemingly unprecedented level of ire from left-wing activists and their academic allies.

Jennifer Marshall and I detail here the furious reaction that Regnerus sparked, but suffice to say that it involved hysterical condemnations in the press, a frivolous “scientific misconduct” investigation conducted at the behest of a blogger (!), emotion-laden joint statements, evidence-free accusations of corruption on the part of the journal, and more.

Now the journal's editor will have his e-mails scrutinized for the slightest inappropriate thought. The point of all of this, of course, is to scare away scholars from conducting research that the Left doesn't like. This isn't a free-speech issue in the strict sense that the government is threatening to throw Regnerus in jail (or burn him at the stake), but the effect is the same: the silencing of unpopular ideas.

It's telling that rather engage with the substantive issues raised by the blogger (!) who flagged Witherspoon's role in shaping Regnerus' study, Richwine simply asserted -- falsely -- that critics' arguments were “evidence-free.”

Of course, Richwine is no stranger to having one's social science scholarship called into question. This spring, Richwine gained notoriety for producing a bogus study for the Heritage Foundation ostensibly finding that immigration was an economic drain on the country. Even conservative scholars found Richwine's methodology embarrassingly bad and, in the words of the Cato Institute, "fatally flawed."

Soon after the release of Richwine's Heritage study, The Washington Post's Dylan Matthews reported that Richwine's 2009 doctoral dissertation, “IQ and Immigration Policy,” proposed highly problematic theories concerning the relationship between race and IQ. “No one knows whether Hispanics will ever reach IQ parity with whites,” Richwine wrote, “but the prediction that new Hispanic immigrants will have low-IQ children and grandchildren is difficult to argue against.” The dissertation echoed theories propounded by nativist hate groups, and the ensuing controversy ended in his resignation from Heritage.

Even before the court order mandating the release of the Regnerus documents, the sociologist's methodological problems and anti-LGBT bias were obvious. It's only fitting that in grasping at straws to salvage the junk study's findings, NRO turned to a researcher with his own record of shoddy scholarship.