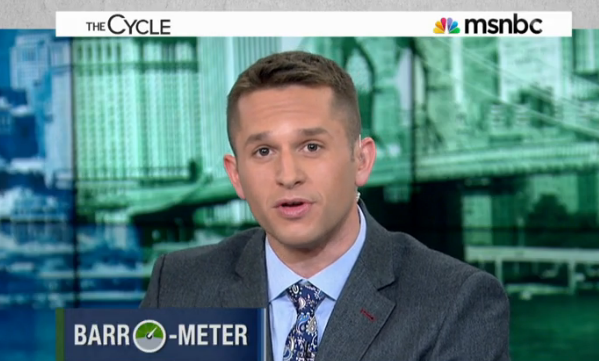 Weighing in on disgraced Los Angeles Clippers owner Donald Sterling's recent shaming of Magic Johnson for having HIV, MSNBC contributor Josh Barro highlighted the dangerous consequences of stigmatizing people living with HIV - a problem that extends far beyond Sterling and all too often results from problematic coverage in mainstream media.

On May 13, Sterling sat down with CNN's Anderson Cooper to discuss his lifetime ban from the NBA after racist remarks he made were leaked last month. At one point, the conversation shifted toward Johnson, the former NBA star who announced his HIV diagnosis over two decades ago.

"What has he done?" Sterling asked. He proceeded to argue that Johnson - a man renowned for his charitable work on HIV/AIDS - made a poor role model for American youth. “What kind of guy goes to every city, has sex with every girl, then he goes and catches HIV?” Sterling said. “Is that someone we want to respect and tell our kids about? I think he should be ashamed of himself.”

It would be easy to write off Sterling's comments as merely the latest narrow-minded rant from a man who's widely seen as a national joke. But during the May 14 edition of MSNBC's The Cycle, Barro noted that Sterling is far from the only person to stigmatize HIV patients. Citing data showing persistent ignorance about how people become infected and widespread fears by patients that they'll face medical discrimination, Barro observed that “people with HIV stigma are less likely to go to the doctor and take their medicine.” HIV stigma, he noted, is “literally killing people” :

Unfortunately, sensationalist media coverage often contributes to HIV stigma. In 2013, for example, after the story of a baby whose HIV was apparently put into remission, CNN's top two HIV/AIDS stories were about a Missouri man alleged to have knowingly infected his partners with the virus and an Oklahoma dentist whose unsanitary equipment was feared to have infected patients:

When media outlets prioritize coverage of sensationalist stories about HIV/AIDS, they end up stoking public panic and encouraging woefully counterproductive HIV criminalization statutes, which experts condemn as unsound from both public policy and scientific perspectives.

A majority of Americans rely on media outlets for their information about HIV/AIDS. Lamentably, as Barro's segment highlighted, news outlets haven't been doing an adequate job informing their audiences about the realities of the virus.