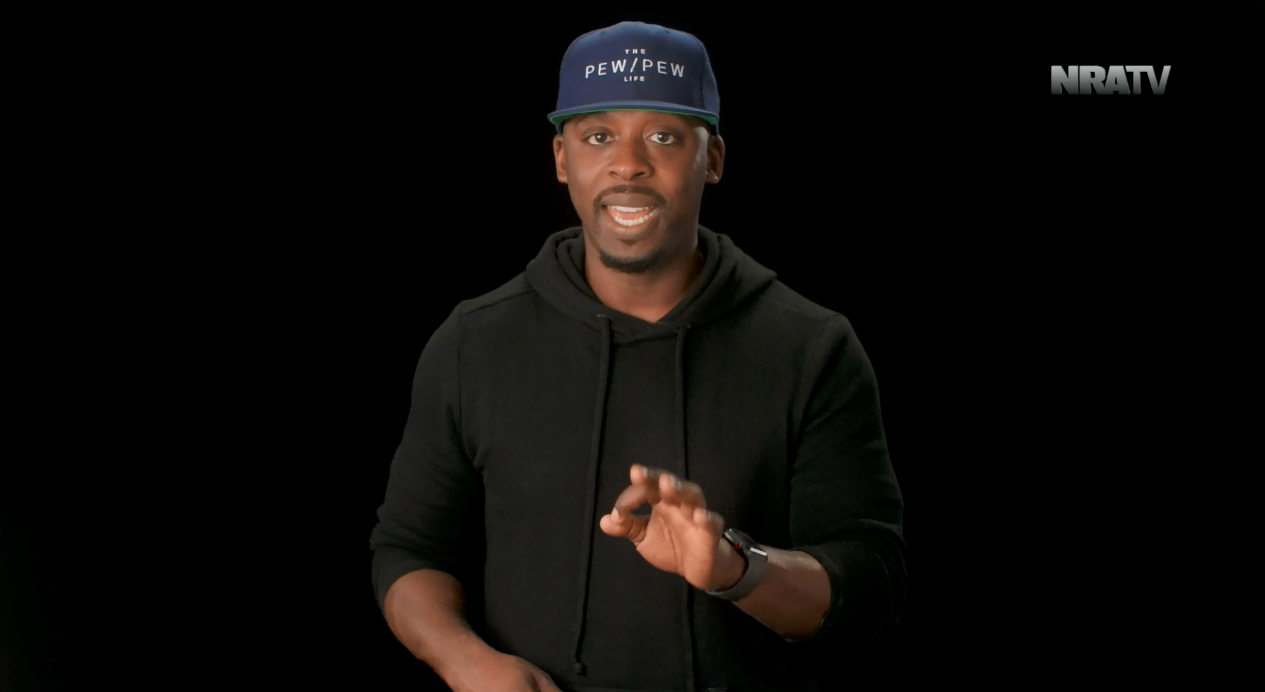 NRATV commentator Colion Noir added to his history of misogynistic comments when he criticized “sexy” MSNBC host Mika Brzezinski for being part of the “largest gun conversation this country has ever had.”

In the video posted on International Women’s Day, Noir claimed Brzezinski’s “entire knowledge on guns is based on the … Google search she did while standing in a Starbucks line.” Noir went on to say that despite this supposed lack of knowledge, Brzezinski “gets to be part of the conversation” while he “can’t be.” From the March 8 edition of NRATV’s Commentators:

The NRATV commentator’s latest video adds to a long list of sexist comments he’s made, including referring to former Democratic presidential nominee Hillary Clinton as “THOT” (which means “that ho over there”) in a tweet because of her support for stronger gun laws and comparing paying taxes on a firearm purchase to rape in another tweet. (He later apologized for the latter claim.)

During previous NRA videos, Noir also often intertwined his commentary on guns with commentary on women. In one instance, the video opened with a scene of a stylishly dressed woman standing in an alley. Doing a voice-over, Noir appeared to describe the woman, ranging from her clothing (“Her Jimmy Choos can't be comfortable, but you'd never know it”), to her intellect (“Chess, yeah it's a men's game, but when she plays, men pay”), to her actions (“Flirts more than you can handle, too. She's the kind to tell the bartender how to make her drink”). But in the final shot, the woman was seen holding a Heckler & Koch MR556 assault weapon and Noir revealed he was talking about the firearm the whole time (however nonsensically).