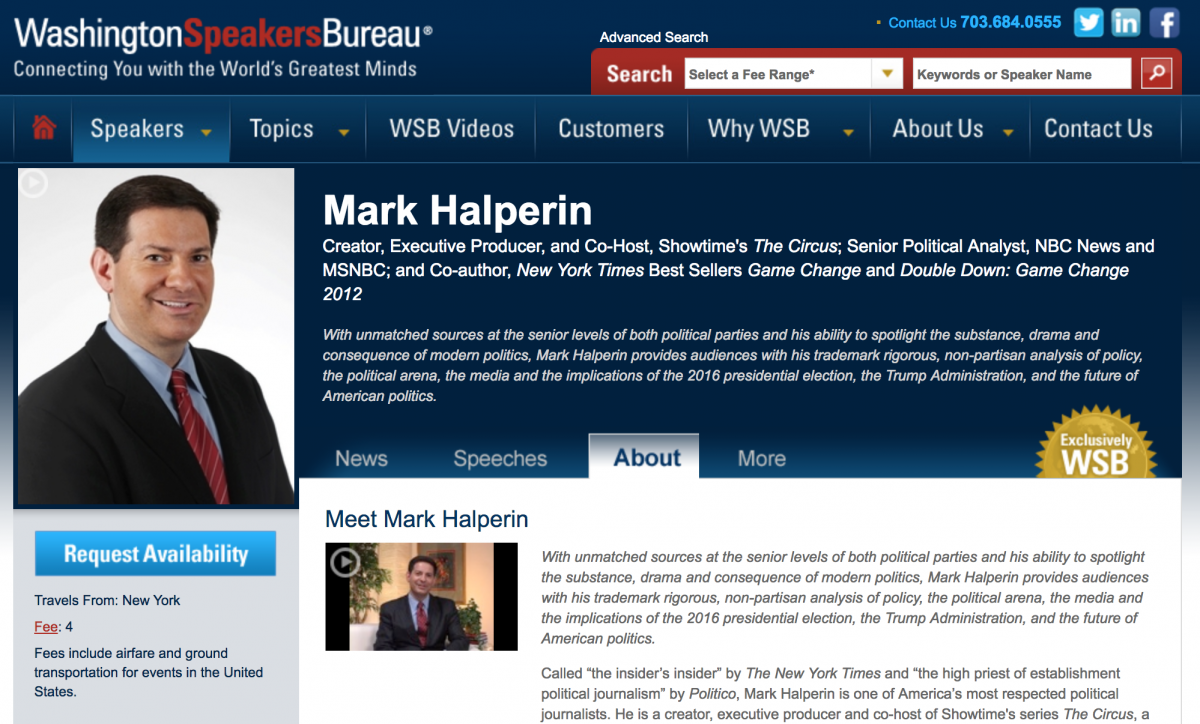 Washington Speakers Bureau removed its client listing for reporter Mark Halperin, who has been accused by numerous women of sexual harassment.

The company did not respond to requests for comment.

CNN recently reported that “Halperin sexually harassed women while he was in a powerful position at ABC News, according to five women who shared their previously undisclosed accounts with CNN and others who did not experience the alleged harassment personally, but were aware of it.” The Daily Beast has additionally reported that “two more women came forward with their own allegations.”

MSNBC announced that he will no longer appear as a contributor on the network “until the questions around his past conduct are fully understood.” HBO issued a statement saying it was “no longer proceeding” with a miniseries based on some of his work. And Penguin Press announced that it has “decided to cancel our plans to publish a book he was co-authoring on the 2016 election.”

Washington Speakers Bureau is one of the leading companies that books speaking engagements for notable personalities. Until recently, the company stated that it “exclusively” represented Halperin for speeches. Halperin’s profile listed his fee as ranging from “$15,001” to “$25,000.”

That client listing for Halperin has now been removed from the Washington Speakers Bureau website, though it is not clear exactly when the company removed the listing (Google cache’s most recent update was from October 23). A search of “Halperin” on the company’s site before posting does not return any booking pages for him.