In early November, The Washington Post reported the stories of several women who said that Moore pursued sexual encounters with them when they were teenagers and he was in his 30s. Since then, other women have come forward with their own stories of sexual misconduct by Moore. Trump, who himself has been accused of sexual harassment and assault by numerous women, has thrown his full support behind Moore, including recording a robocall in which he urges Alabama voters to “go vote for Roy Moore,” because “if Alabama elects liberal Democrat Doug Jones, all of our progress will be stopped cold.” Trump adds, “We need Roy to help us with the Republican Senate.”

On December 11, the day before the special election, CNN and MSNBC repeatedly aired audio of Trump’s robocall throughout the day, occasionally also airing portions of Trump’s pro-Moore rally as well.

While MSNBC and CNN often presented the ad in the context of noting that the president is throwing his support behind a reported sexual predator, the networks nonetheless repeatedly broadcast Trump's closing pitch to Alabama voters to their viewers. In effect, they were giving a wider audience to a major political ad for Moore. 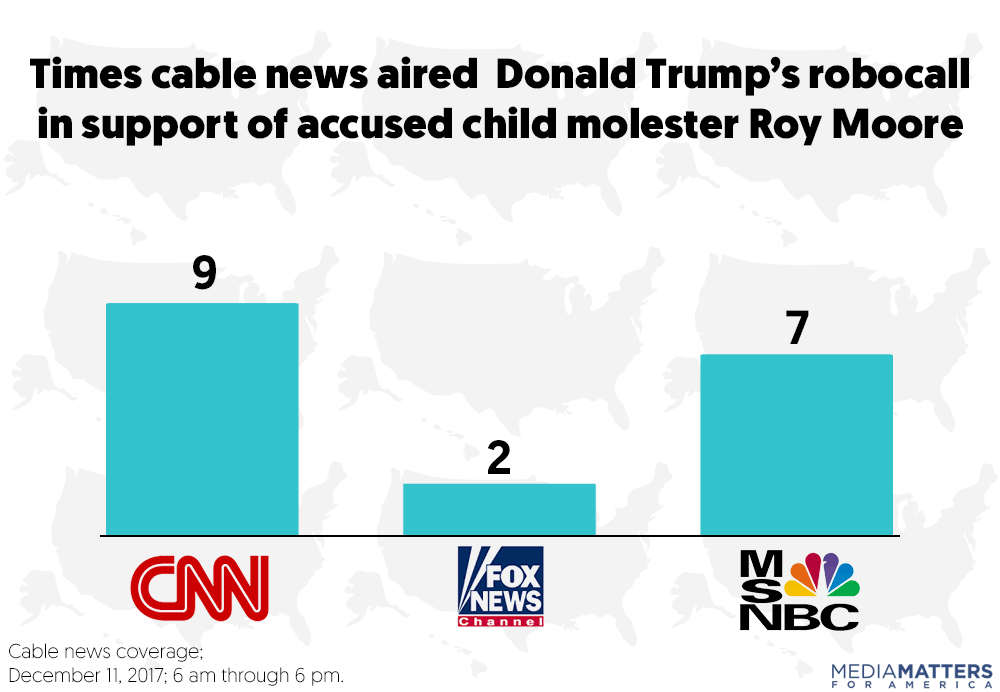