A deadly shooting rampage at a Kentucky high school that left two students dead and 18 others wounded received minimal coverage on cable news the day of the shooting.

Marshall County High School in Benton, KY, was the site of the nation’s 11th school shooting in 2018 after a 15-year-old student opened fire with a handgun the morning of January 23. Students Bailey Nicole Holt and Preston Ryan Cope, both age 15, were killed and 14 other people were shot. Four other people were injured escaping the attack. The Courier Journal reports that all the victims were students. The suspected shooter was taken into custody. 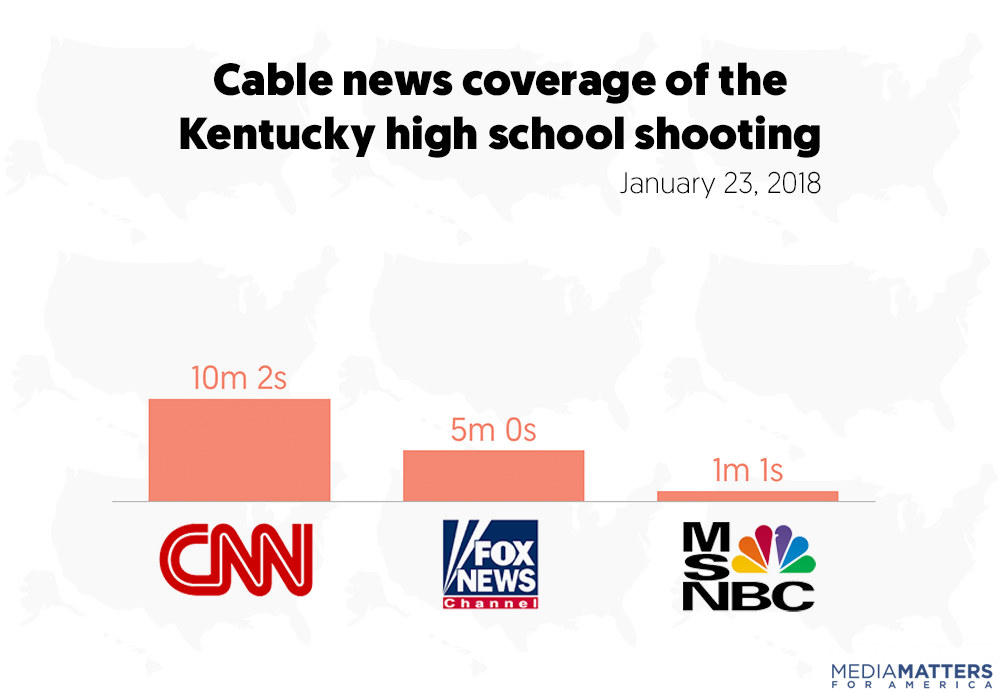 The Marshall County High School shooting was the third shooting incident at a U.S. school over a two-day period. The Trace reported that shootings took place at a high school in Texas and a charter school in Louisiana on January 22.

Media Matters searched SnapStream for “Kentucky” OR “shoot*” OR “shot*” OR “Bailey Holt” OR “Preston Cope” OR “Marshall County High School” on January 23 for the networks CNN, MSNBC, and Fox News. All mentions of the shooting were timed, including teasers, headlines, and full segments.