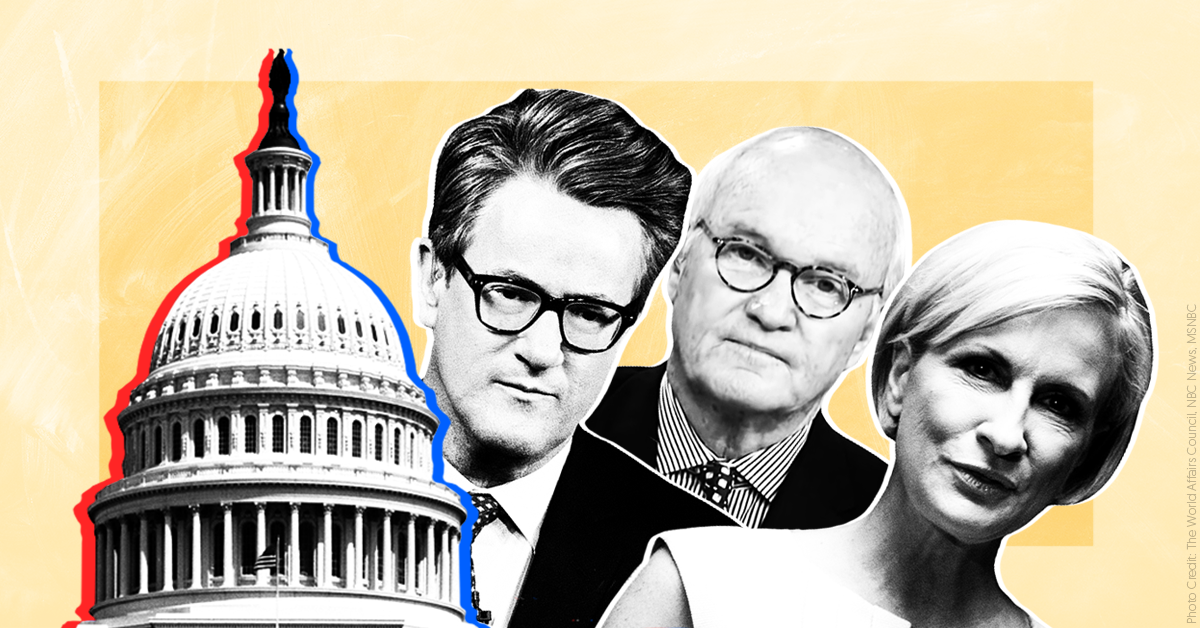 The October 22 broadcast of MSNBC’s Morning Joe devoted a lengthy segment to claims that the Democratic Party has no messaging or, if it does, the message is packaged incorrectly. This evaluation of Democratic Party election efforts is evidence-free -- Democrats have largely coalesced around the issue of health care -- and it is also a gift to the Republican Party, as it plays into the argument that Democrats have no principles or plan for governance.

Morning Joe co-host Mika Brzezinski opened the discussion by saying, “Donald Trump is talking about trade, crime, immigration, and judges. What are the Democratic issues that pack the same kind of inspiring emotional punch? Democrats can still win these midterms, but with time running out, the message and the momentum appears to be on Donald Trump’s side.”

Brzezinski's claim that Democrats have no response to Trump’s midterm rhetoric probably says more about the beltway press -- which tends to cover Trump's every move, at the expense of other topics -- than about reality.

What is happening on the ground tells a different story. Although it is important to note that the idea that a party needs a singular national message to be successful in elections is itself largely empty conventional wisdom, Democrats have unified to a great extent around the issue of health care in their messaging. Wesleyan Media Project -- an initiative that tracks and analyzes all broadcast election ads -- found in a September analysis that “Pro-Democratic messaging in federal races is concentrated primarily on healthcare, with 44 percent of airings in U.S. House races and 50 percent of airings in U.S. Senate races featuring the topic.” An October 18 report from the project stated, “It’s official: the 2018 midterms are about health care.” The “typical” message, according to an analysis by Vox, is that “the Republicans voted to take away people’s health care and end Obamacare’s protections for people with preexisting conditions.”

The media, however, have largely not been interested in covering health care policy, which could explain the perception that Democrats have no message on the issue. An October 19 Media Matters analysis found that broadcast nightly news shows did not air a single substantive segment about health care policy between January 1 and October 18

Despite Brzezinski's suggestion that Democrat messaging is inept, polling suggests that what the Democrats are doing is working. According to Morning Consult, a survey research company, the “strategy” to focus on health care “is paying off” because it is a high priority issue for voters and “voters who say health care is their top priority favor Democrats over Republicans by a margin of 28 points.”

Republicans have also been clearly put on the defensive by this messaging strategy. As The New York Times reported on October 16, “For months, Democratic candidates have been running hard on health care, while Republicans have said little about it. In a sign of the issue’s potency, Republicans are now playing defense, releasing a wave of ads promising they will preserve protections for Americans with pre-existing health conditions.” (It should be noted that these ads include false claims -- many of the Republicans running them have clear voting records of supporting legislation that would threaten mandatory coverage of pre-existing conditions.)

After Brzezinski’s opening, co-host Joe Scarborough and frequent show panelist Mike Barnicle offered a factually incorrect analysis of Democrats’ communication strategy around health care. They both essentially attacked Democrats for not effectively messaging on the issue, even though Democrats are actually messaging in the ways that Scarborough and Barincle said they should be.

Scarborough said, “So, if the Republican issue that they’re going to lean on is immigration, the Democratic issue is health care. I haven’t heard a compelling argument about health care.” He then claimed, “All they would have to say is the same exact thing that [then-President] Bill Clinton said [in 1996] for the next two weeks and they’d win a landslide and it’s this: Republicans are coming for your Medicare to pay for their tax cuts for the rich. … All they have to say is Republicans are coming after your Social Security and your Medicare to pay for tax cuts for the rich. Boom. They can’t put a sentence together like that. They are incapable.” 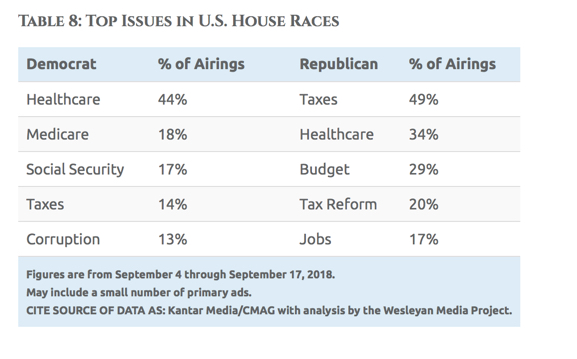 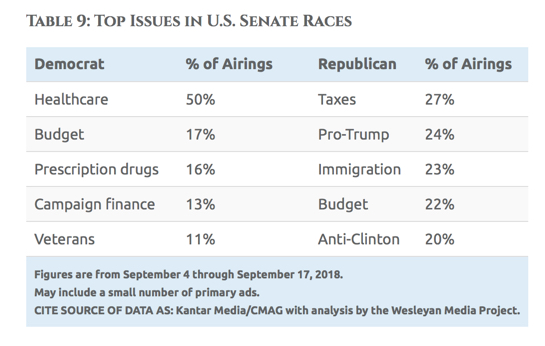 Barnicle went a step further, saying of Democrats running for House seats: “All they talk about is impeaching the president, when all they would have to do, as Joe just referenced, is go to the country and say, ‘If you have a child who is sick, you better pray that the Republicans don’t take control again because your child will be in severe danger of losing health care.’” But as the Weslayan analysis showed, in the House, Democrats are running on health care, not impeachment.

Another example of lazy horse race coverage occurred during the October 22 broadcast of CNN’s New Day when David Gregory said: “It’s also disturbing -- I mean, if you look at both parties, what they are really selling their supporters is anger and fear. That’s the vision for the country, which is pretty ugly during an ugly time following an ugly political episode with the confirmation of Justice [Brett] Kavanaugh.”

There is really no comparison between Republicans and Democrats engaging in fearmongering as an election tactic. For weeks, Trump, the GOP, and its conservative media allies have argued without evidence that the Republican supporters are in danger of being killed by angry mobs of Democrats. And now Trump and his allies are coalescing on racist messaging that a caravan of migrants from Central America is poised to invade the U.S. While examples of divisive Democratic messaging can certainly be found, two of the party’s most high-profile candidates -- Texas Senate candidate Beto O’Rourke and Florida gubernatorial candidate Andrew Gillum -- have made aspirational messaging about healing political divides in the U.S. a primary argument of their candidacies.

Andrew Gillum had an outstanding debate, but his brightest moment was this eloquent closing statement about rejecting Donald Trump’s quest to divide America. #FLGovDebate pic.twitter.com/DD3vNdz8rs

Horse race punditry is often shallow on election coverage, but analysis should not be so poor that it is clearly at odds with reality.