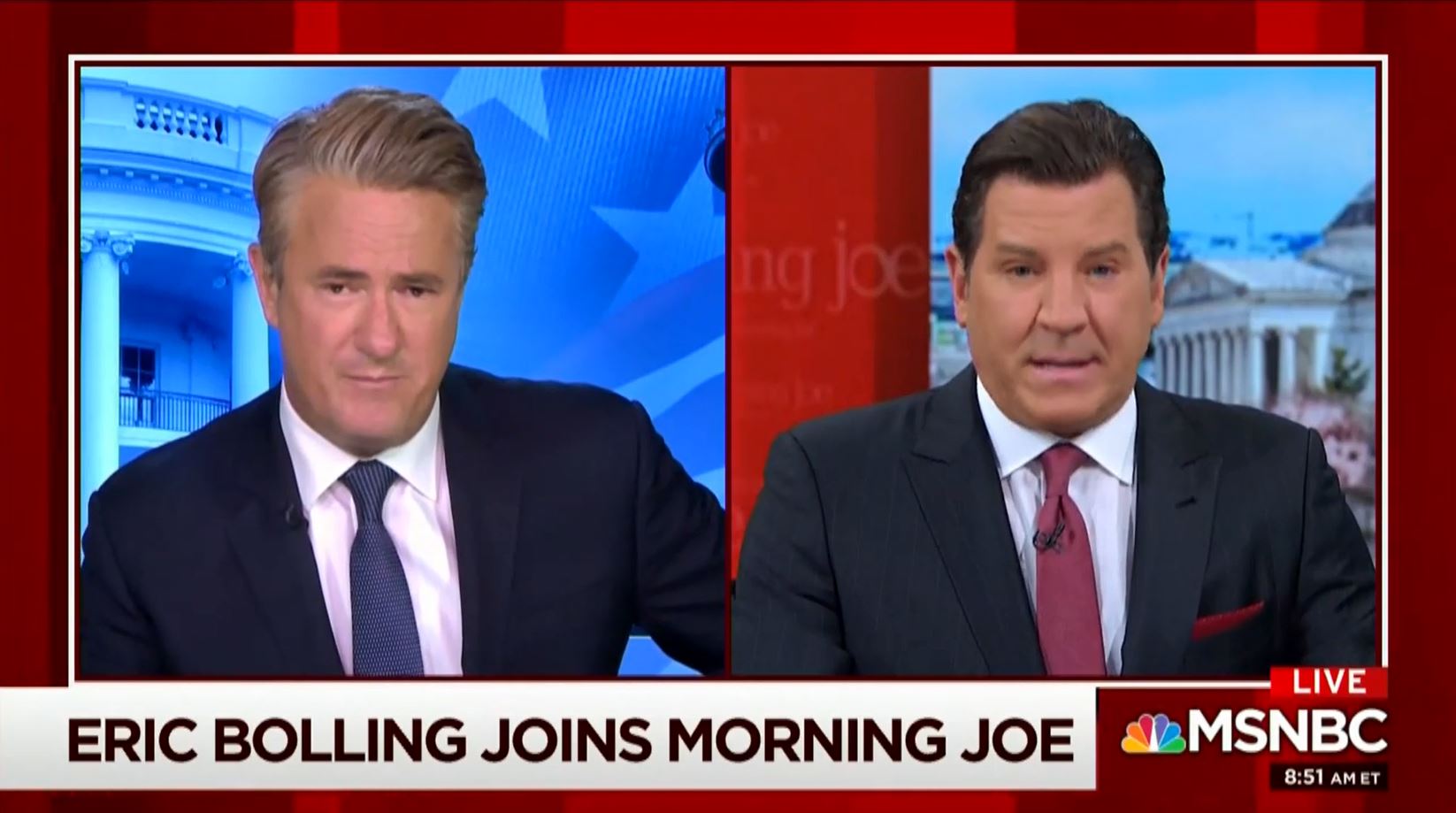 Former Fox News host Eric Bolling, who was fired last year, appeared as a guest on the July 23 edition of MSNBC’s Morning Joe to promote his new CRTV show.

In 2017, Bolling was fired from sexual misconduct hub Fox News after HuffPost reported he had sent an “unsolicited photo of male genitalia via text message” to at least three Fox colleagues.Despite this alleged sexual misconduct and a long record of pushing bigotry and promoting conspiracy theories, Bolling just got a new show on Mark Levin’s CRTV, home of like-minded bigot and misogynist Gavin McInnes.

Bolling’s return to the airwaves is part of a larger trend of wealthy media men reported for sexual misconduct who are being allowed to make comebacks they have not earned. On his show, Bolling is unsurprisingly already getting cozy with other pro-Trump sycophants.

During his MSNBC appearance, Bolling talked about a 15-minute call he had this past weekend with President Donald Trump, of whom he’s a self-described “fan.” Bolling shared the insights from the call, praised Trump, and claimed Trump's state of mind was “amazing,” saying, “He was fine. He was in a good place.”