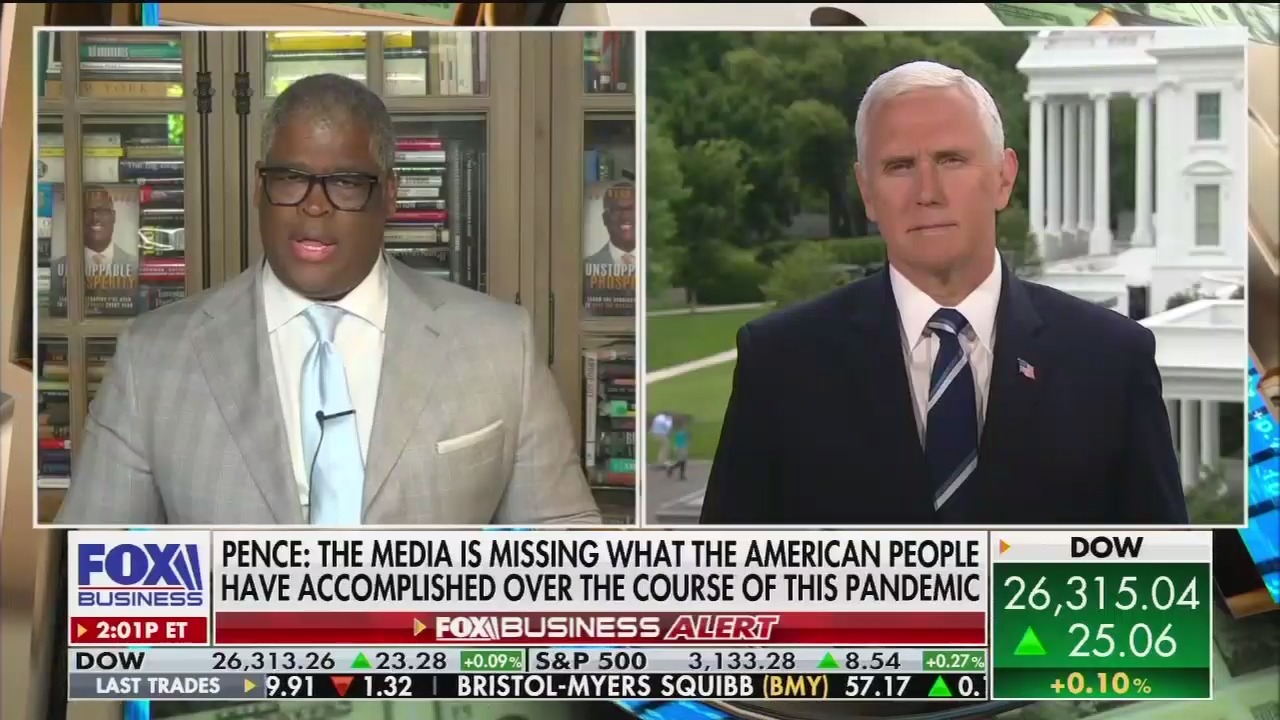 Vice President Mike Pence has been on a media tour downplaying a troubling spike in coronavirus cases in some parts of the country — and many outlets are letting him get away with it.

Several states, such as Florida, Texas, and Arizona, are now experiencing record numbers of reported coronavirus cases as social distancing restrictions continue to loosen across the nation. Unlike other countries, the United States has recently failed to cut the daily number of new cases, which had seemed to plateau and is now trending upward again. The Trump administration has chosen to ignore these warning signs and continued to push for states to reopen in hopes of restarting the economy.

Pence, leader of the White House coronavirus task force, has been at the forefront of the administration’s efforts. On June 16, Pence published an opinion piece in The Wall Street Journal titled “There Isn’t a Coronavirus ‘Second Wave,’” chastising the media for “sounding the alarm bells” and writing, “Such panic is overblown.” Multiple outlets pointed out numerous flaws in Pence’s reasoning, including that the entire premise of his piece was misleading. As Philip Bump noted in The Washington Post, “We aren’t seeing a second wave because we’re still dealing with the first one.”

The Wall Street Journal is not the only outlet that allowed Pence to promote misleading talking points about recent coronavirus numbers. In the days before and after the publication of the piece, Pence appeared on numerous TV and radio programs — and in many cases, reporters failed to provide any significant pushback to his misleading claims.

In particular, Pence repeatedly tried to suggest that the surge in cases shouldn’t warrant significant concern because it can primarily be attributed to increased testing. This claim, which Pence pushed in a private call with state governors on June 15, is an attempt to distract from recent testing data which indicates increased spread independent of higher testing rates. Pence also repeatedly emphasized that hospitalizations across the country are declining, but this claim obscures increasing hospitalization rates in certain states experiencing a spike in cases.

Local outlets also failed to scrutinize Pence’s misleading claims. Journalists at Pennsylvania outlets WGAL and WPXI interviewed Pence as he toured the state as part of the “Great American Comeback Tour” organized by a pro-Trump nonprofit with ties to the America First Action super PAC.