Despite powerful advertisers growing increasingly concerned about the “toxic content” on Facebook and Google that is getting monetized by their ads, Google’s video platform YouTube is still showing ads before a five-hour video (initially live streamed) that features racial slurs and apologism for Adolf Hitler.

Baked Alaska’s extremism has already gotten him permanently booted off Twitter. Now, he is using his YouTube platform to give a voice to “alt-right” figures like Paul Nehlen who recently appeared on his channel to defend his anti-Semitic views. And YouTube is helping Baked Alaska profit from this hateful rhetoric as is evident by the ads on his latest video. 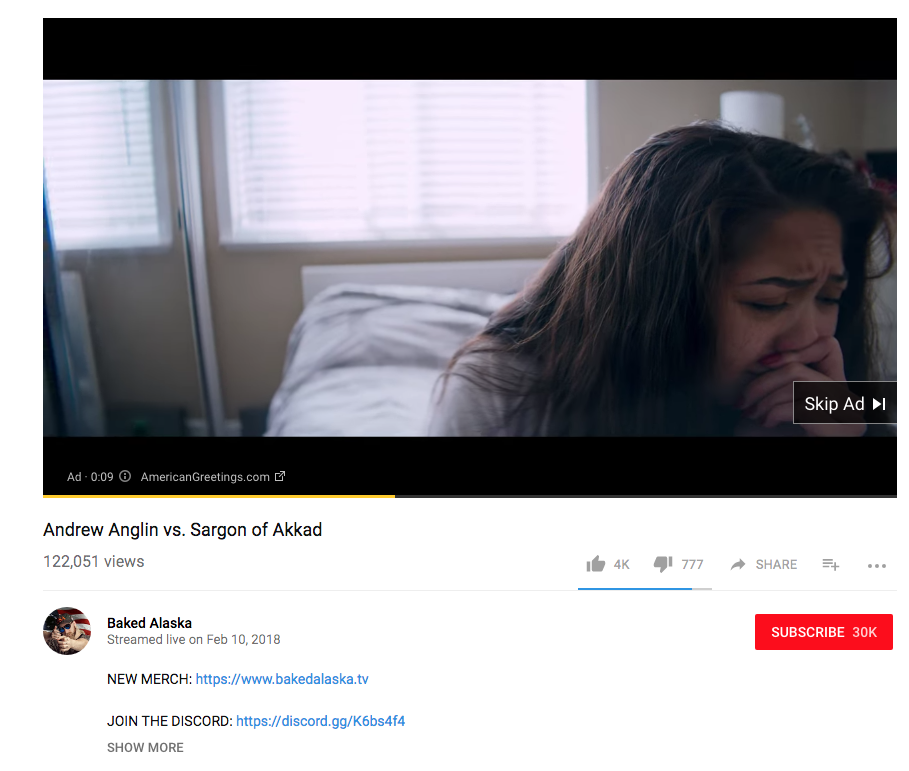 During live streaming, Baked Alaska also used “YouTube Super Chat” (a pay-to-be-noticed feature), which lets audiences pay for their messages to stand out in the live chat; the streamer can then choose to make those messages visible on screen. The feature allowed Baked Alaska to earn money from viewers paying to highlight their pro-Hitler statements and offensive references to Holocaust gas chambers. He also read some of those comments aloud during the show. As Right Wing Watch’s Jared Holt explained, these debates on YouTube are becoming a profitable tool for the “alt-right”:

Alt-right YouTube personalities are happily using the debates to make money via the streams’ “Super Chats” and to expand their reach among young audiences. 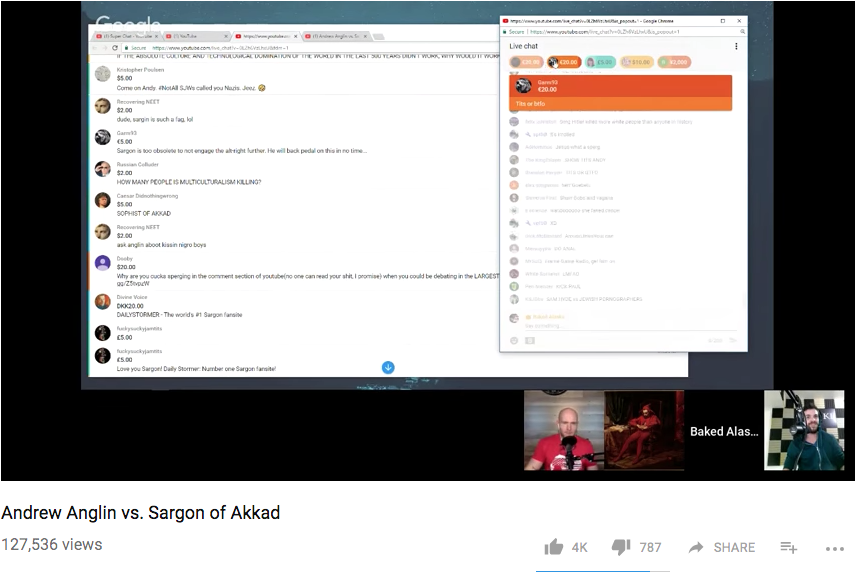 During the “debate,” Gionet teased an upcoming live stream session that would feature white nationalist and altright.com founder Richard Spencer and “new-right” proponent Mike Tokes. Though YouTube has attempted to cut off monetary incentives for content creators who engage in extremism on their videos, Baked Alaska’s channel is an example that the platform’s efforts still have a long way to go.

UPDATE: According to Baked Alaska, YouTube has suspended his account from live-streaming for 90 days because he hosted neo-Nazi Andrew Anglin in a previous live-stream. 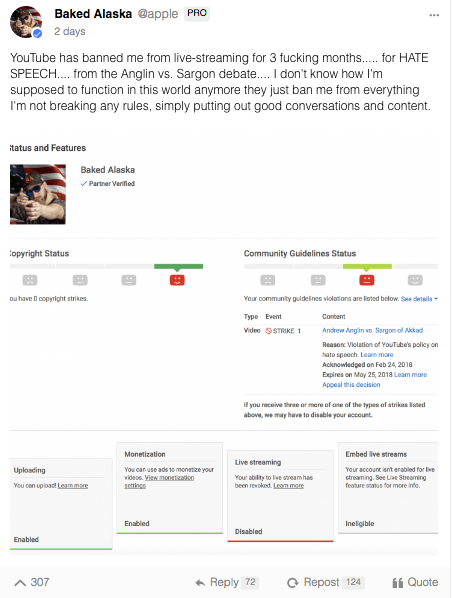 In a video statement addressing the suspension, Baked Alaska blamed this Media Matters article as the reason his video containing extremism was banned and he was temporarily suspended from live-streaming on the platform: