Twitter’s search feature prominently suggested the right-wing smear that the alleged anti-gay and racist attack on actor Jussie Smollett was faked; it also featured a hashtag campaign that pushed the attack as a hoax.

On January 29, TMZ reported that Smollett was attacked by two men in ski masks who allegedly put him in a noose while spewing racist and homophobic slurs. According to TMZ, the attackers also reportedly yelled, “This is MAGA country” during the assault. The Chicago Police Department originally denied the “MAGA country” remark, but later said Smollett did tell them about the comment in a follow-up interview.

Anti-queer violence has been rising considerably, and the most recent FBI data shows that Black people are the most frequent victims of hate crimes. However, soon after TMZ’s initial report of Smollett’s attack, some right-wing media figures immediately started pushing that it was a hoax, before any further details were known. Far-right social media accounts and message boards also claimed that the “MAGA country” remark never happened or that the entire attack was a hoax, including Reddit’s r/The_Donald subreddit and 4chan’s “politically incorrect” message board /pol/.

During the morning and early afternoon of January 30, Twitter users trying to search for Smollett’s name were met with suggested results like “smollett hoax,” “smollett fake,” “smollett fake news,” and “smollett lying.” 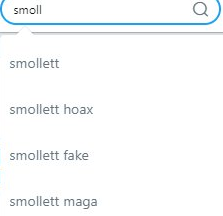 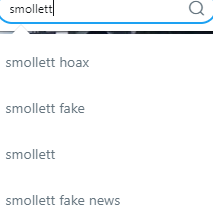 At one point, the search feature suggested the hashtag #SmollettHoax, even though that Twitter campaign only featured a handful of accounts pushing it. 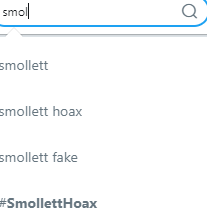 Two of the top six YouTube results for “Smollett” in an incognito search featured hoax allegations as well. 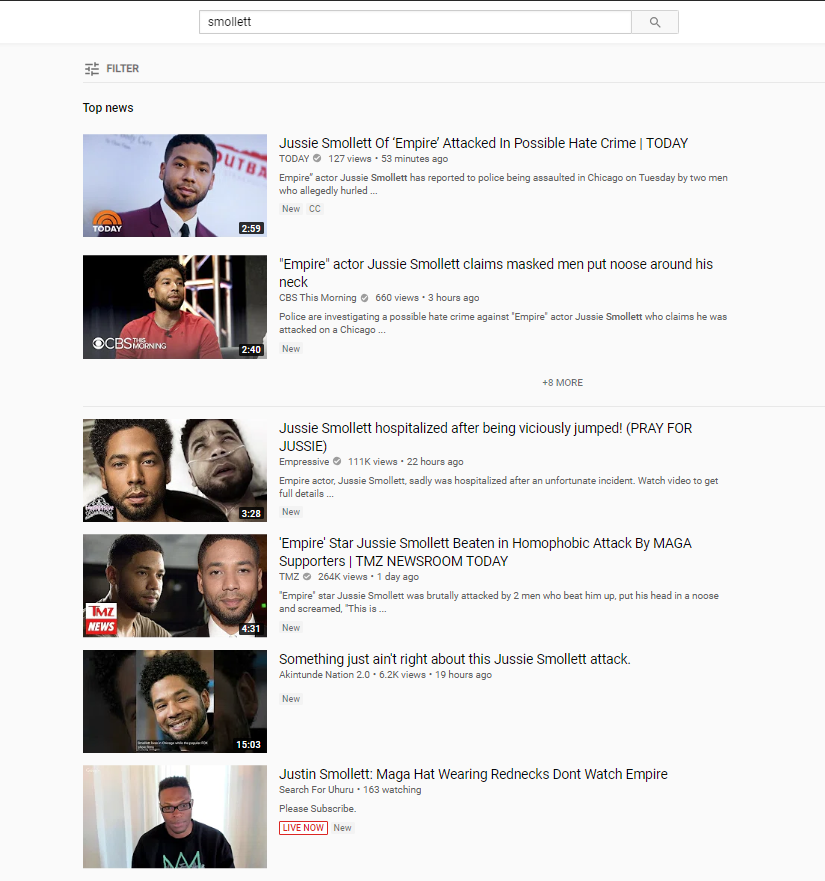 Far-right social media accounts in the past have been able to manipulate algorithms on social media platforms like YouTube by acting in coordination to inauthentically game the results.