Fringe conservatives are trying to undermine California professor Christine Blasey Ford’s account that Supreme Court nominee Brett Kavanaugh sexually assaulted her by pointing to work her brother has done for a firm with connections to the Russia investigation. Right-wing websites and social media personalities are suggesting they’ve uncovered evidence of a potential conspiracy by noting that Ralph Blasey worked at a law firm that has done legal work for Fusion GPS, the private research firm that conservatives have attacked for its role in the probe. But Blasey’s work for that firm ended in 2004 -- six years before Fusion GPS was even founded -- according to the LinkedIn.com profile the critics are citing.

The right-wing smear machine is engaged in a feverish effort to discredit Ford by any means necessary. That endeavor has included targeting the unflattering student reviews of a different Christine Ford in order to smear Kavanaugh’s accuser as “dark, mad, scary and troubled,” and misreading court documents to suggest that she holds a grudge against Kavanaugh because his mother presided over the foreclosure of her parents’ home in 1996.

Another attack turns on the year-long conservative campaign against Fusion GPS, which in 2016 retained the former British intelligence officer Christopher Steele, who compiled a dossier of reports on then-candidate Donald Trump’s ties to Russia. Republicans have sought to discredit the dossier, which contains salacious claims that have not been debunked, in order to undermine special counsel Robert Mueller’s probe.

Now the fringe right is suggesting that Ford is not credible because her brother was once a litigation partner for Baker Hostetler, a law firm that retained Fusion GPS in 2016 to produce separate research. But according to the very LinkedIn.com profile they cite, Ralph Blasey worked for the firm between 1989 and 2004. Fusion GPS was not even founded until 2010. 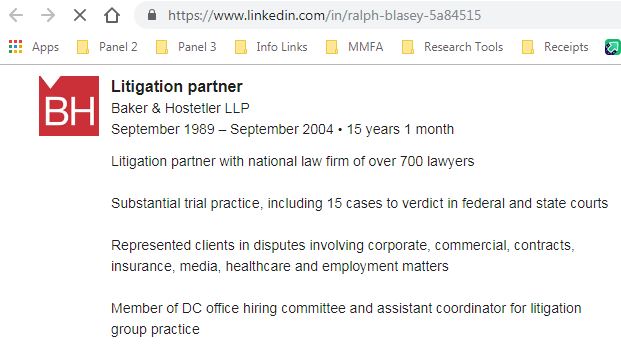 Even if Ralph Blasey had still been working there in 2016, that wouldn't mean he would be connected to Fusion GPS -- Baker Hostetler is a massive firm employing nearly a thousand lawyers, including a former chief counsel to the Republican National Committee and a former national political director for Trump’s presidential campaign. And of course, none of this has any bearing on Christine Blasey Ford's story.

At times, those promoting the story have noted that Blasey left the firm long before it retained Fusion GPS, but they nonetheless suggested that the connection shows evidence of “enemy action in progress.”

Here are some of the outlets and media personalities trying to discredit Ford by linking her to Fusion GPS.

YourNewsWire, which has been one of the most heavily trafficked fake news sites in the United States: 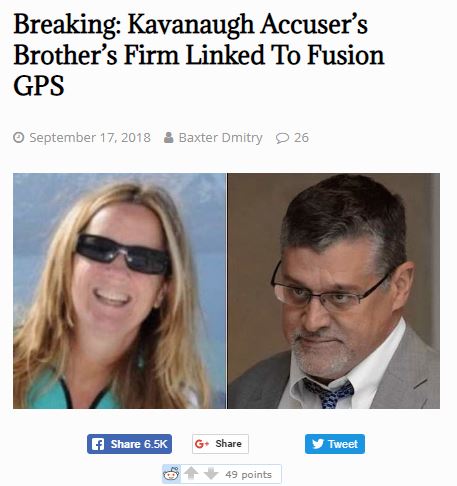 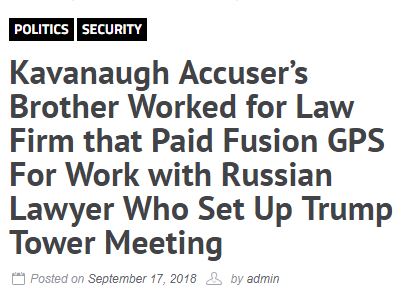 Lionel Lebron, a YouTube conspiracy theorist best known for pushing “the QAnon conspiracy theory, which claims that top Democrats are part of a global pedophile cult.” He met with Trump in the Oval Office last month: 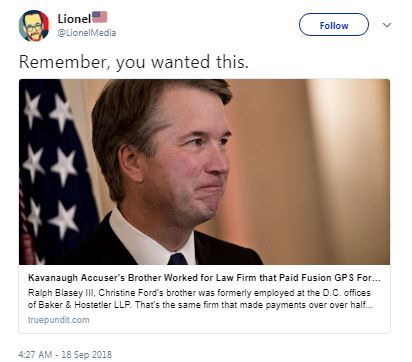 Jacob Wohl, who writes for Gateway Pundit, a website that consistently pushes hoaxes and conspiracy theories, and has also contributed to YourNewsWire: 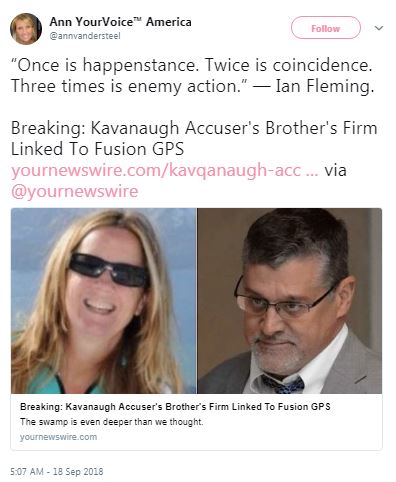 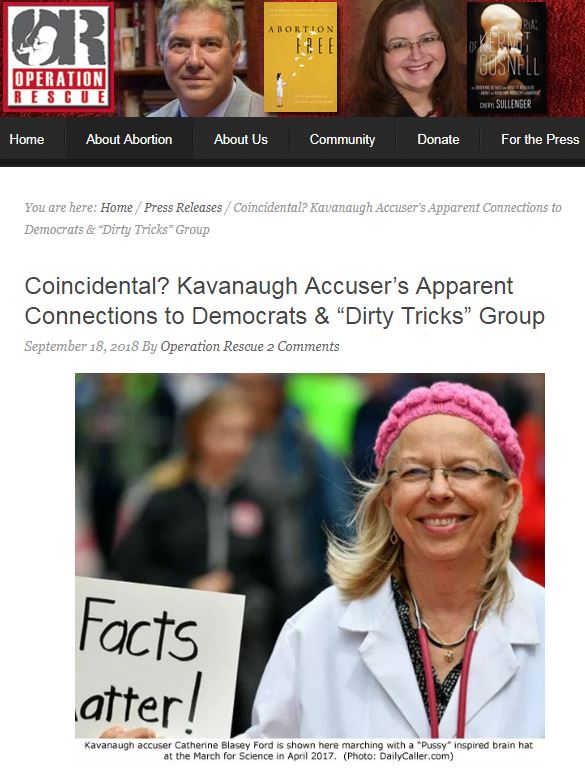 The story was also shared on Tea Party, a private Facebook group with nearly 95,000 members that regularly circulates conspiracy theories and was moderated by several Republican political candidates until Media Matters exposed their role in the group last month.