President Donald Trump on November 28 retweeted a meme that showed multiple current and former government officials, including special counsel Robert Mueller and Deputy Attorney General Rod Rosenstein, behind bars. Far-right circles have been using the image in multiple different memes since last year. Below is a brief timeline highlighting where the image spread and the different memes it was used in before one of the memes reached Trump.

January 2018: Image used to push #ReleaseTheMemo narrative. Multiple fringe websites and accounts shared the image with the text “#ReleaseTheMemo,” referring to a campaign to release a memo drafted by Republicans on the House intelligence committee that GOP members claimed would allegedly show wrongdoing by Mueller (the much-hyped memo was a massive flop and actually backfired on the Republicans). 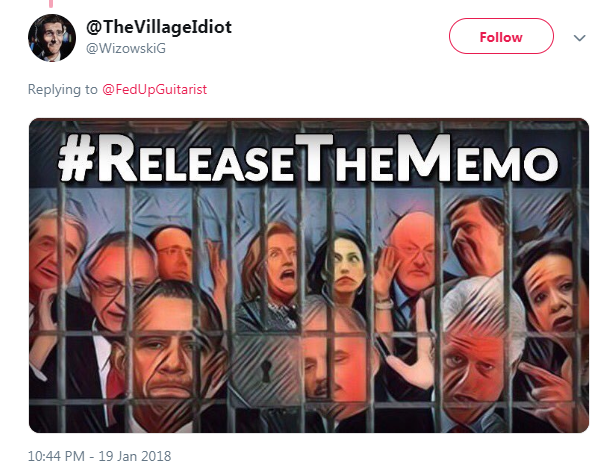 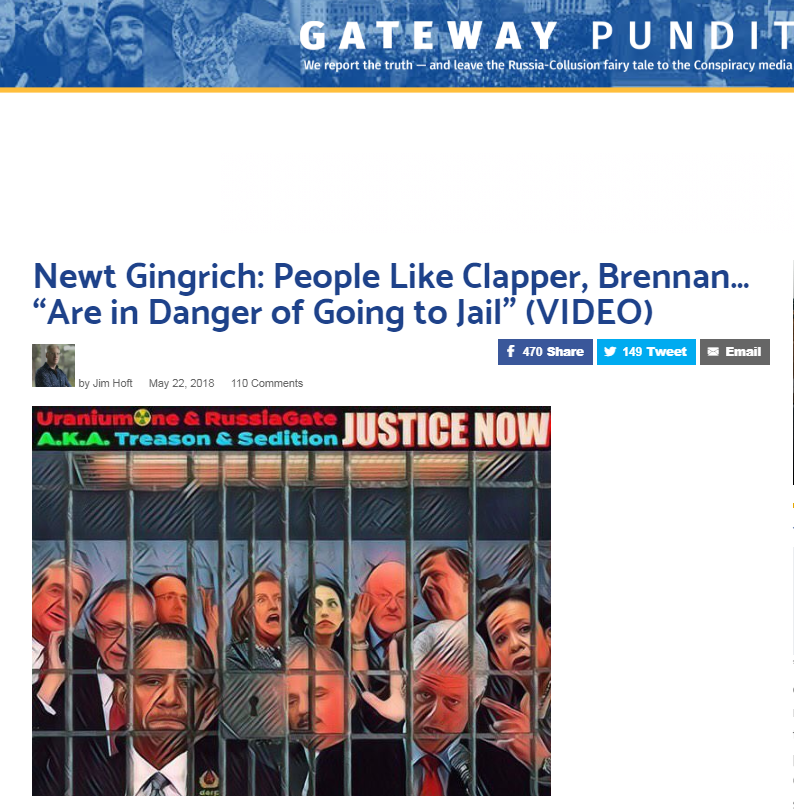 Throughout 2018: QAnon supporters post different memes with the same image. Multiple versions of the image have been shared online to push the QAnon conspiracy theory, including by a prominent QAnon follower. 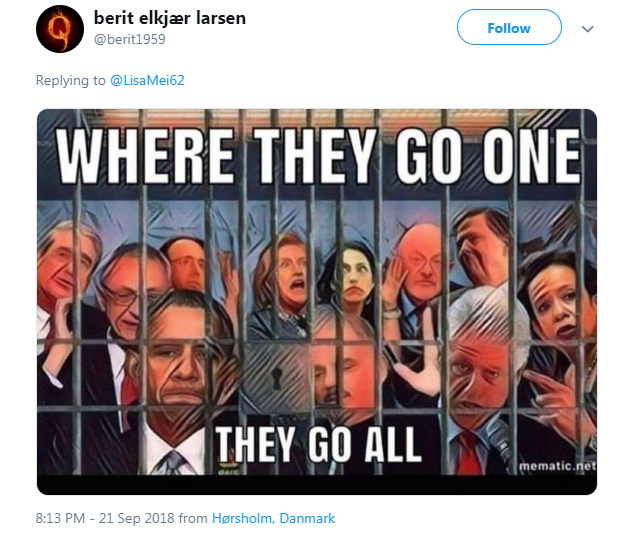 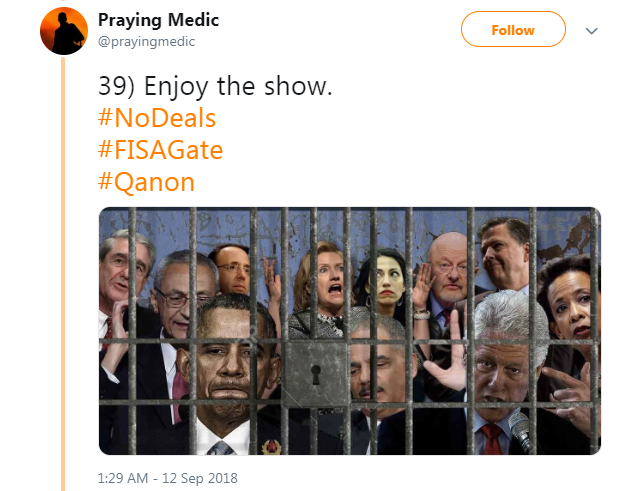 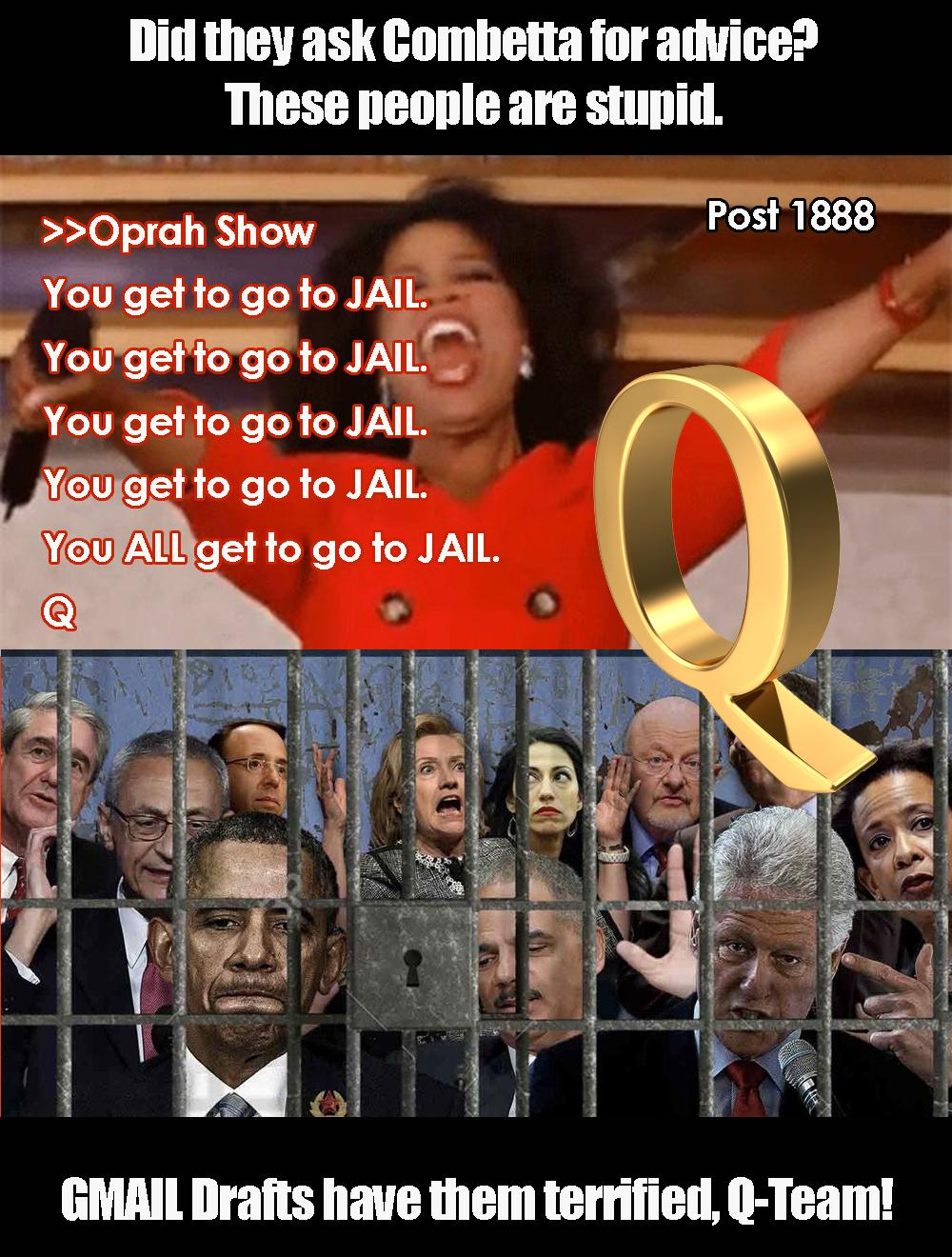 The image has also been used in other memes to target Trump’s perceived enemies. 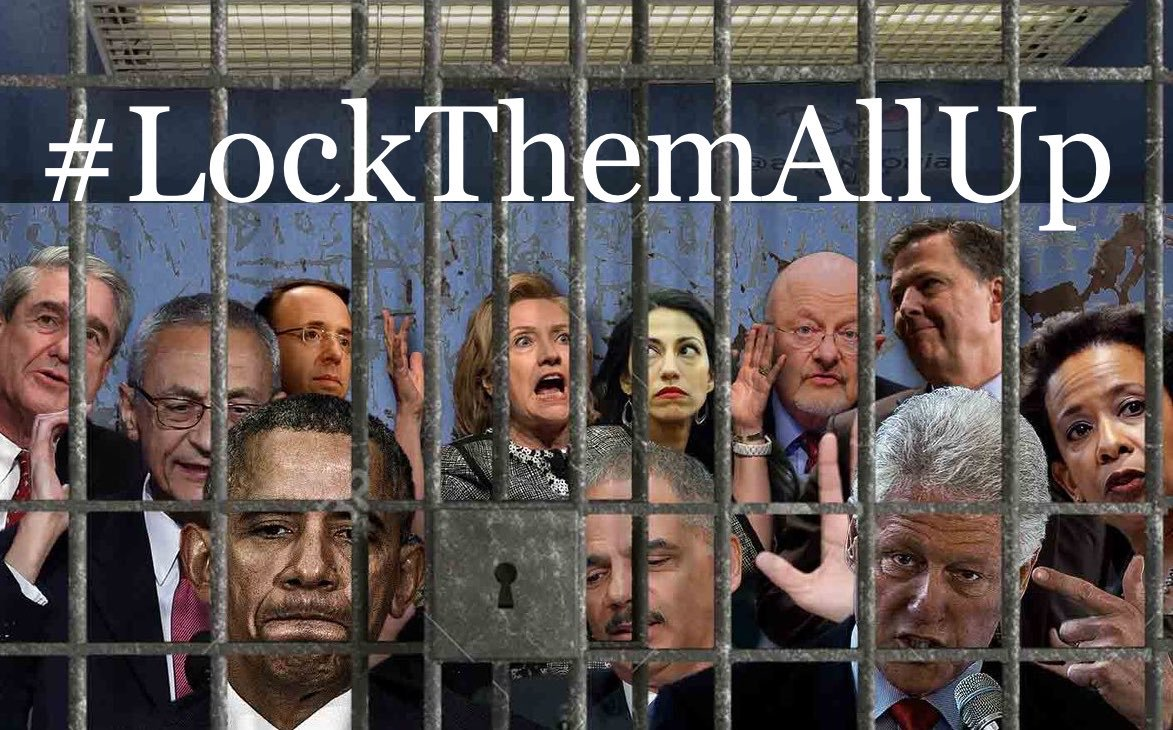 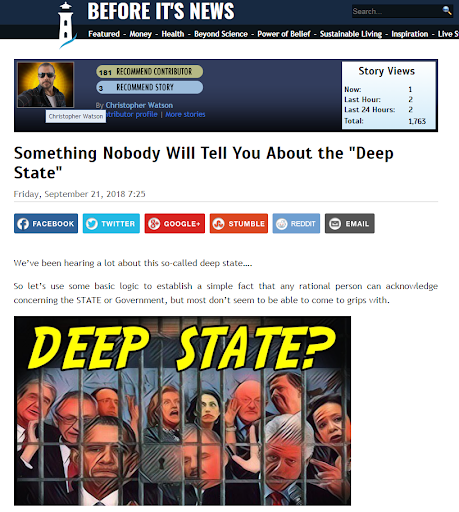 November 2018: Trump retweets image. This year, yet another meme featuring the image was tweeted by multiple accounts, including @The_Trump_Train, who tweeted the image in the early hours of November 28. (@The_Trump_Train, who has previously pushed the QAnon conspiracy theory, is allegedly run by a man named Michael Maday who created a pro-Trump PAC.) The meme included the text: “Now that Russia collusion is a proven lie, when do the trials for treason begin?” Hours later, Trump retweeted it.

The president of the United States just retweeted a tweet questioning when Barack Obama, Eric Holder, Bill and Hillary Clinton, Robert Mueller, Rod Rosenstein, and others will be put on trial for treason. pic.twitter.com/thTrlvGSFO