Far-right German trolls are organizing to game YouTube algorithms into making far-right video content trend and orchestrate harassment campaigns against political opponents, as evidenced by leaked online communications from the chat platform Discord. Though Discord -- a voice chat app originally designed for gaming -- has promised to do a better job in curtailing extremism within its servers (or chat rooms), YouTube’s Trending problem seems to have only gotten worse.

In September 2017, a far-right German YouTuber Reconquista Germanica, whose real name is Nikolai Alexander, invited his 33,000 subscribers to join a Discord server by the same name. As BuzzFeed found, far-right trolls used it to communicate their attempts to bolster support for Germany’s far-right part in the upcoming elections. But the attempt was largely a flop. Now, the group is targeting YouTube, probably because it sees YouTube’s algorithm as an easy target.

In clips of an audio chat from Discord published by the Alt-Right Leaks Twitter account, members can be heard discussing the use of fake accounts or “sock accounts” (also known as “sock puppets”) numbering in the hundreds to “raid” YouTube videos by commenting on those they seek to popularize and by using the “dislike” button to bury those of their political opponents. Members of the Discord server have also used the chat platform to organize harassment against German freelance journalist Rayk Anders.

In one leak, a member explained how he decided to join the group after reading Adolf Hitler’s autobiographical book, Mein Kampf. In another, members joked about whether a surgeon’s assistant among their ranks should let political opponents -- including German Chancellor Angela Merkel -- whom he is forced to treat, die in surgery.

The far-right ideologies expressed in these chat rooms do not exist in a vacuum. They are representative of a wider network of European extremists. In at least one video, prominent Scottish white supremacist Colin Robertson (who is known online as Millennial Woes) can be heard asking questions about the activities of the Reconquista Germanica Discord server. (Robertson is slated to attend an alt-right conference in Estonia on February 23.). And Alt Right Leaks has also previously published translated audio clips from the German Alt-Right Discord, of which Austrian Identitarian Martin Sellner is “a ‘VIP’ member.” Sellner gained international infamy last year after his anti-immigrant group Defend Europe attempted to disrupt humanitarian migrant rescues in the Mediterranean.

Discord has become a popular platform among the “alt-right.” Last August, after white supremacists used the platform to plan events for the Unite The Right rally in Charlottesville, VA, that left one woman dead, Discord shut down the “alt-right” server and promised to remain vigilant about the use of its platform for nefarious purposes. However, the continued use of Discord by “alt-right” groups -- in this case German far-right activists -- for organizing shows the platform still has a long way to go in preventing its service from being exploited for global information warfare and organization of harassment campaigns. Earlier this month, Discord claimed it is addressing the use of its platform to organize algorithm manipulation “raids” in a statement to non-profit news site Unicorn Riot:

We are aware that there are users who are attempting to organize raids and circumvent detection, which is against our Terms of Service. We employ a variety of measures to detect this activity and stop this behavior, and those measures resulted in the server being detected and shut down. We will continue to be aggressive in addressing violations to our TOS and investigating and taking immediate action against those bad actors.

For its part, YouTube is seemingly ineffective in dealing with the exploitation of its vulnerabilities, partly because those vulnerabilities are baked in YouTube’s “democratic” model: the platform’s “trending” mechanism is determined by an algorithm that does not account for the accuracy of a video’s content or or whether it is intended as harassment. Those vulnerabilities were most recently exploited when a conspiracy theory claiming one of the survivors of the Parkland, FL, high school shooting was a “crisis actor” was boosted into YouTube’s trending category overnight, despite its demonstrably false content and clear intent to harass a student speaking out about gun violence. 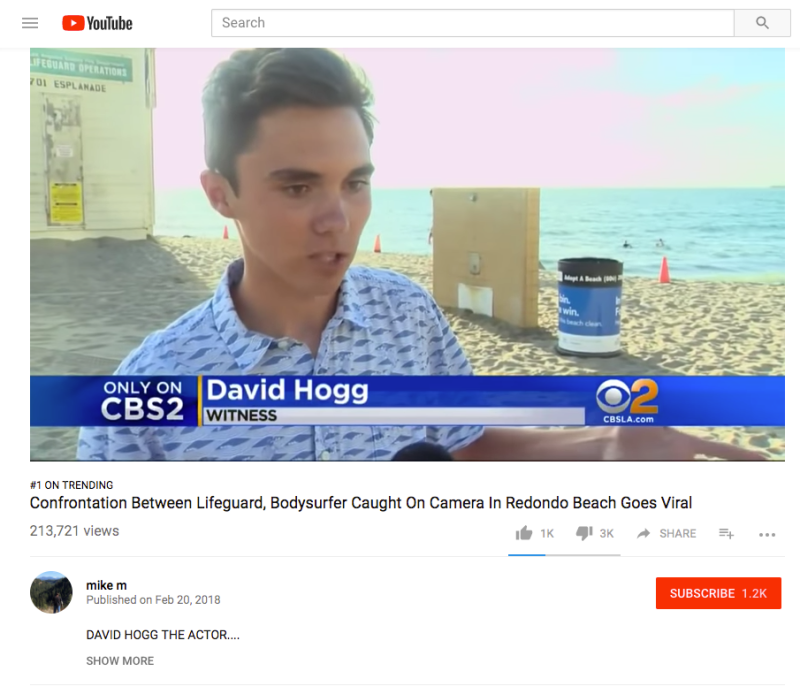 Google -- which bought YouTube in 2006 -- -- did not respond to Unicorn Riot’s request for comment on Reconquista Germanica’s activities.