A false claim suggesting that a Russian plane crash was linked to the Uranium One conspiracy theory and the Christopher Steele Trump/Russia dossier spread from followers of a 4chan and 8chan-based conspiracy theory to fake news sites and on to multiple talk radio stations.

On February 11, a plane carrying 71 people crashed near Moscow, killing everyone on board. Investigators believe that “the pilots' failure to activate heating for pressure measurement equipment” may have resulted in flawed speed data, leading to the crash.

Following the plane crash, multiple Twitter accounts started speculating about the accident using the hashtag #QAnon, a reference to a conspiracy theory known as “The Storm” that originated on 4chan and 8chan message boards late last year. The conspiracy theory claims that a person known as “Q,” who claims to be a “high-level government insider” has been writing posts, or “crumbs,” to “covertly inform the public about POTUS’s master plan to stage a countercoup against members of the deep state.”

According to the theory, a man named Vyacheslav Ivanov who was the CFO of Russia’s nuclear energy company Rosatom was on the plane. Rosatom has been linked to the Uranium One conspiracy theory, a thoroughly debunked story which alleges that then-Secretary of State Hillary Clinton approved the sale of uranium to a Russian company in exchange for donations to the Clinton Foundation. There was, in fact, a Vyacheslav Ivanov on the plane, but he was not the same man as the Vyacheslav Ivanov who formerly worked at Rosatom (and who was not the CFO there).

Twitter followers of The Storm also claimed that a man named Sergei Millian, a possible source behind the dossier, was killed on the plane. There was no Sergei Millian on the passenger list.

Another subreddit called “CBTS” (Calm Before The Storm), which is established around The Storm conspiracy theory, also pushed the false claim. 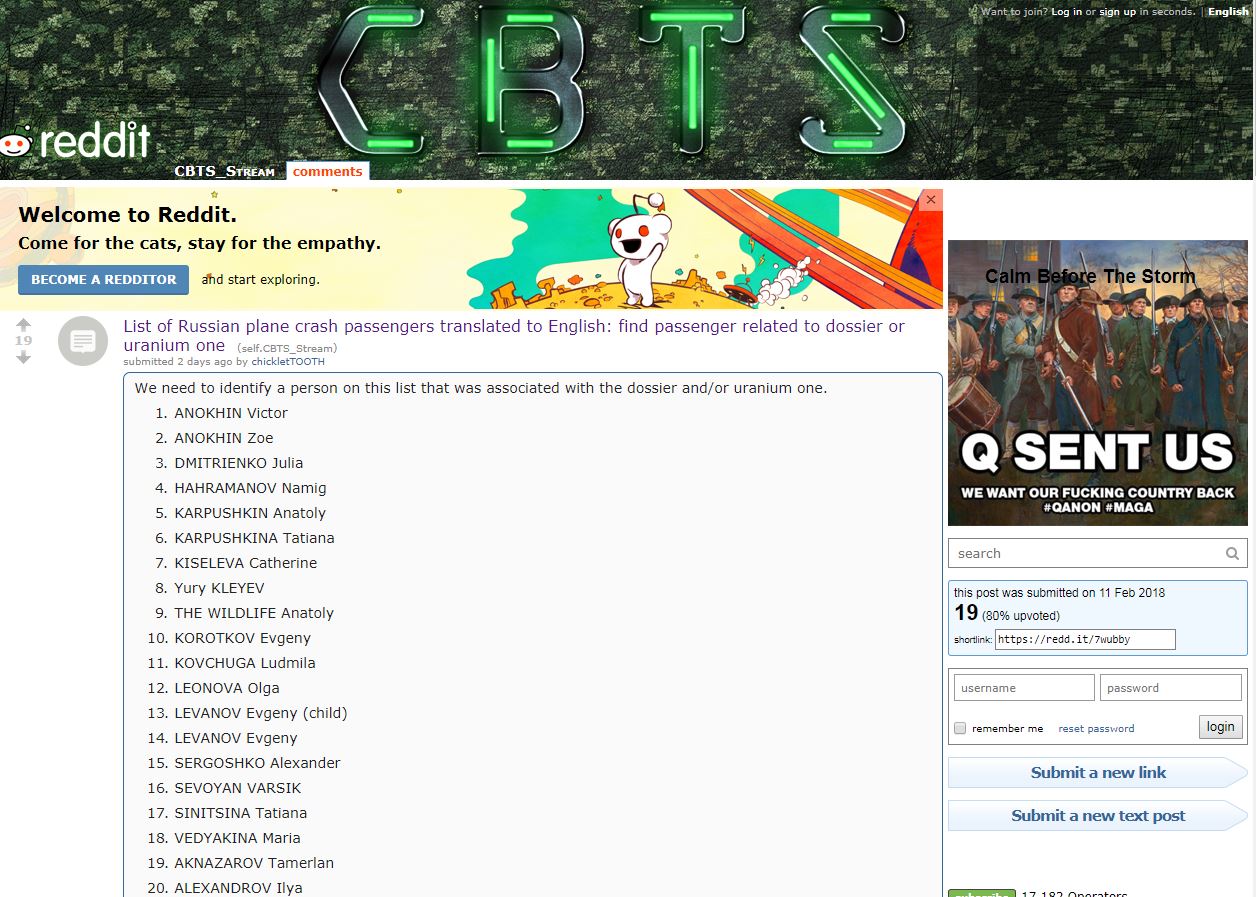 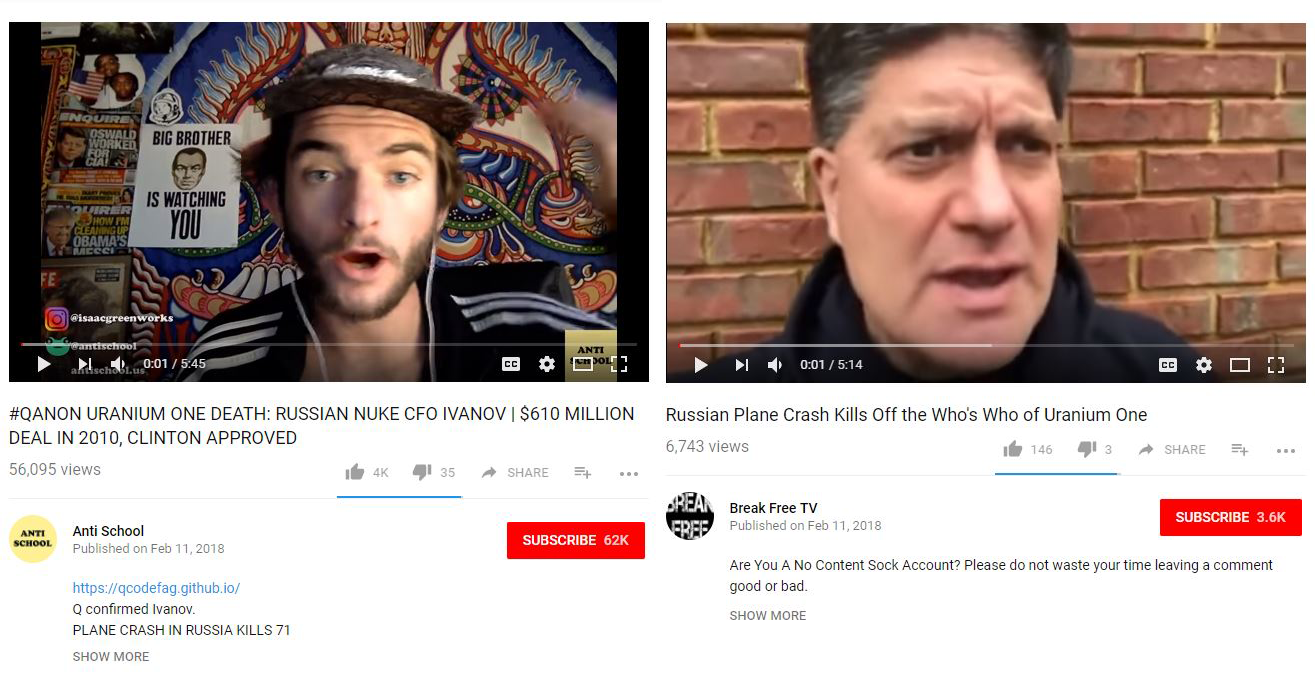 Jerome Corsi of conspiracy theory website Infowars subsequently picked up the claim, likely thanks to the followers of The Storm. Corsi, who Infowars had announced in January would be tracking The Storm, said that the allegation had “broke earlier this morning” and “QAnon picked up on it very quickly.” Corsi’s claim was in turn shared on Reddit.

The conspiracy theory then moved past the fringes of the internet into more mainstream venues. Multiple talk radio stations picked up the claim on January 12. A conservative New Hampshire host on WNTK-FM, Keith Hanson, asked another person on the air if he had “heard about” the Ivanov allegation that was “showing up on certain websites” and that it “wouldn’t surprise” him if the claim was accurate, later adding that although the claim was “not vetted,” “a number of people … have sent me little snippets on this thing,” so he wanted to share it. A conservative South Carolina host on WYRD-FM, Bob McLain, also said that the crash “apparently killed a CFO of Uranium One.” On February 13, a conservative host on New York’s WNYM-AM, Joe Piscopo (who used to be a cast member on Saturday Night Live), supported a caller citing “the passenger manifest that I’ve seen online” before a co-host jumped in to note that Corsi reported the claim and it had been “completely discredited.” And on the same day, conservative North Dakota host Dennis Lindahl on KTGO-AM’s The Morning Lowdown said there were “conversations on the backchannels that I’m reading that a few executives that had interaction on Uranium One were on that plane.”

The speed with which the false claim has spread shows the potency of The Storm conspiracy theory, which has already been invoked to push false claims around all kinds of events, such as the fire at Trump Tower in early January and a fire at the estate of Bill and Hillary Clinton that same month. Even if people pushing the false narrative around the plane crash don’t mention The Storm conspiracy theory directly, the content of their claims show that the conspiracy theory’s followers are breaking through the internet’s fringes into more mainstream discourse.