As Election Day gets underway in the 2018 midterm elections, right-wing misinformation and hoaxes are targeting voters on social media platforms -- including Facebook, Twitter, and YouTube -- and via text messages. The right-wing misinformation campaigns include hoaxes about Democrats burning flags, lies about a gubernatorial candidate buying votes, and followers of the conspiracy theory QAnon fearmongering about violent anti-fascist groups targeting voters.

Here are some examples:

Alex Jones promoted conspiracy theories about noncitizen and dead Democratic voters on Bitchute. During a broadcast published November 6 on Bitchute, a YouTube alternative, Jones said that polling indicates a “major red wave” and claimed without evidence that “they have caught people from Texas to Maryland, Democrats organizing illegal aliens to have mailed to their address absentee ballots in the name of dead people still on the rolls,” asking, “Will the Democrats be able to steal another election?”

In Florida, some voters got a text from someone impersonating a campaign staffer for Democratic Gubernatorial candidate Andrew Gillum. The text made misleading and false claims about Gillum’s campaign promises, including that he will “raise taxes on anyone making over $25,000 a year.”  As the Tampa Bay Times reported, Democrats have not proposed adding a state income tax (Florida does not current have one), and Gillum particularly has “repeatedly said that he wouldn’t propose” one. The text also mischaracterized Gillum’s position that “there is a racial element to the application” of Florida’s “stand your ground” law, falsely claiming he called it “a racist ideology.” 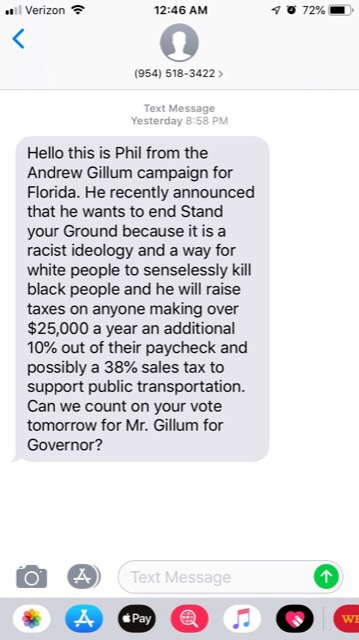 A member of Facebook group Drain The Swamp claimed that a report showed 1.7 million California voters were not registered. 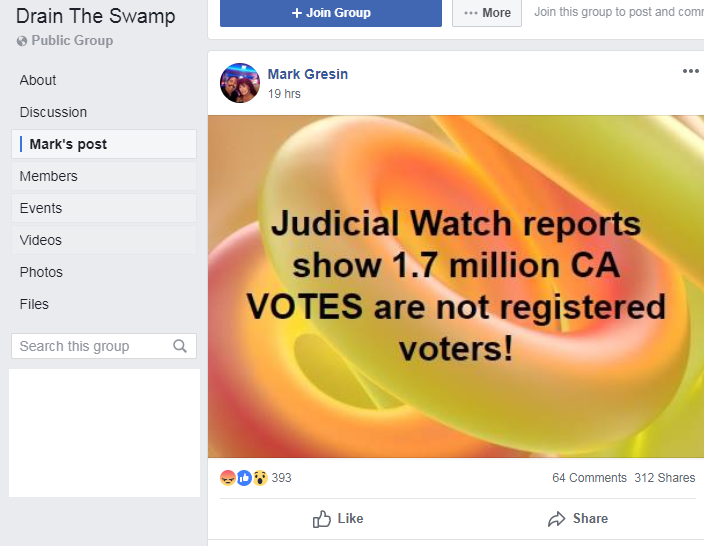 A Twitter account posted a hoax video showing Democrats burning flags to celebrate a “blue wave.” From The Daily Beast:

One fake video that’s getting circulation on both Facebook and Twitter today purports to show CNN anchor Don Lemon laughing as Democrats burn flags in a celebration of the “blue wave.”

The video, which claims to be a scene from CNN’s “Reliable Sources” comes complete with a CNN-style chyron: “Dems celebrate 'Blue Wave' Burning Flags on Election Day.” The original version of the video has was viewed nearly 55,000 views on Twitter since being posted Monday, with the tweet promoting it retweeted nearly 5,000 times.

The video appears to have been first posted by Twitter user “@RealDanJordan,” who said it was a reason to vote for Republican candidates. 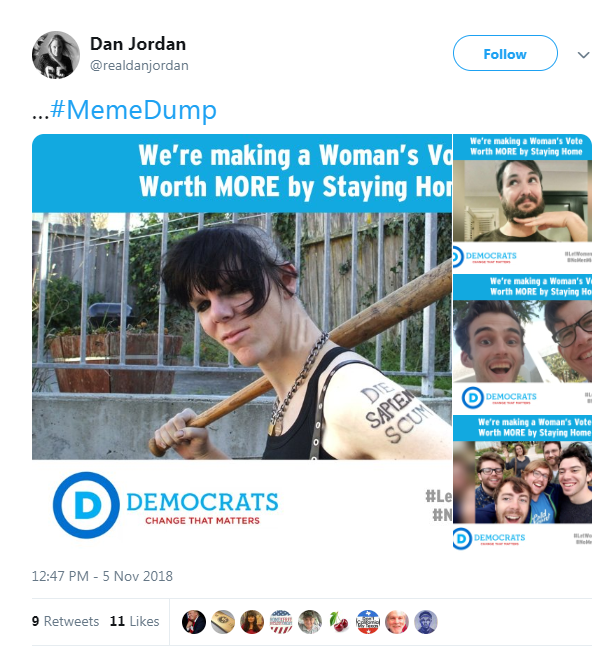 New frontier in the misinfo wars: a reader submits a tip about false voter information being spread on Nextdoor (!).

Trolls claiming to be from the Russian Internet Research Agency have been spamming reporters offering to give an inside scoop on their operations.​

1. Spam journalists by claiming to be the Internet Research Agency
2. Set up a website for the “IRA American Department”
3. Promptly get suspended from Twitter pic.twitter.com/mqXiWsaQIl

Users of different social media platforms are attempting to revive a false claim from 2016 that billionaire philanthropist George Soros owns a specific brand of voting machines. 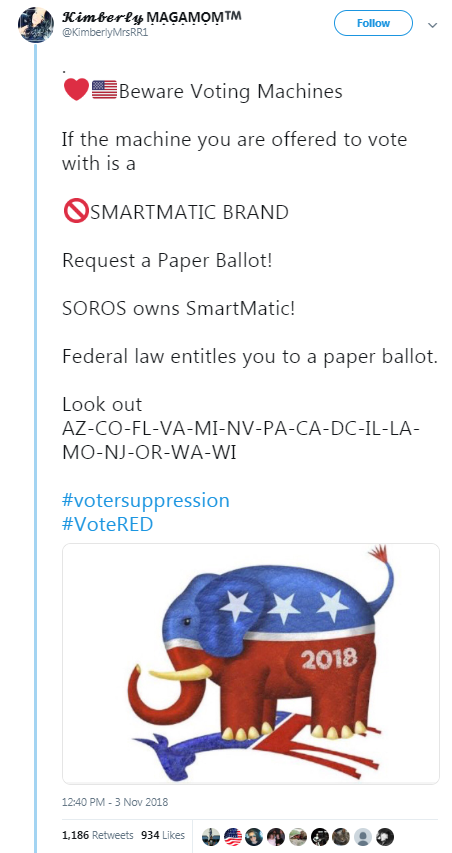 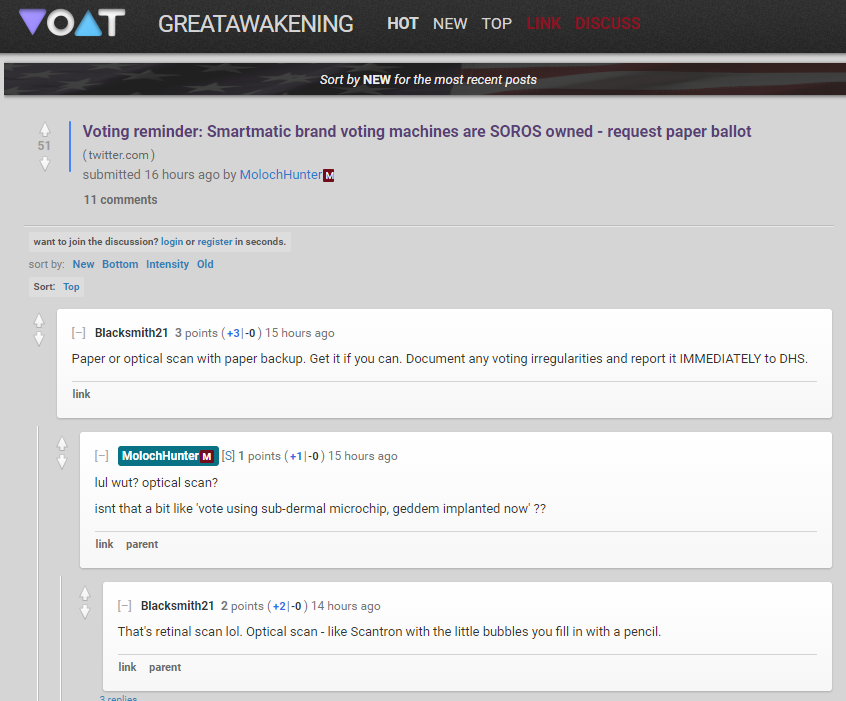 A member of Facebook group Brian Kemp For Georgia Governor claimed without any proof that Georgia gubernatorial candidate Stacey Abrams is “buying votes.”​ 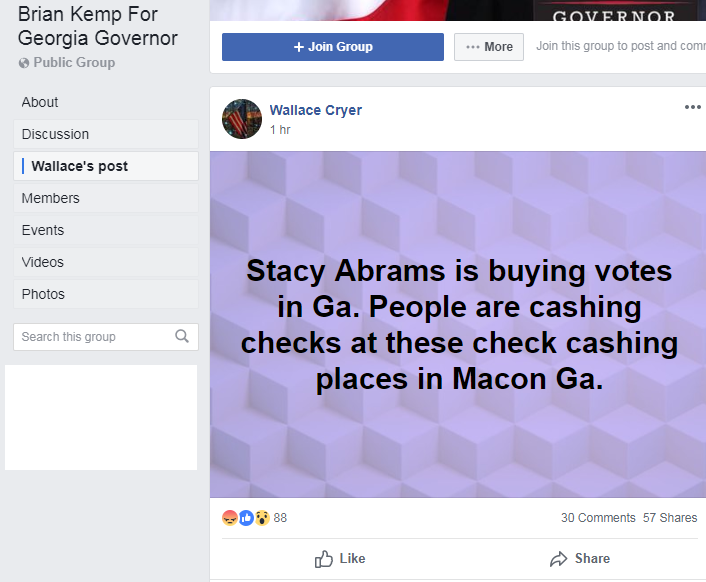 A QAnon-themed YouTube channel posted a video echoing Q’s voter fraud conspiracy theories. As of this writing, the video had more than 43,300 views. 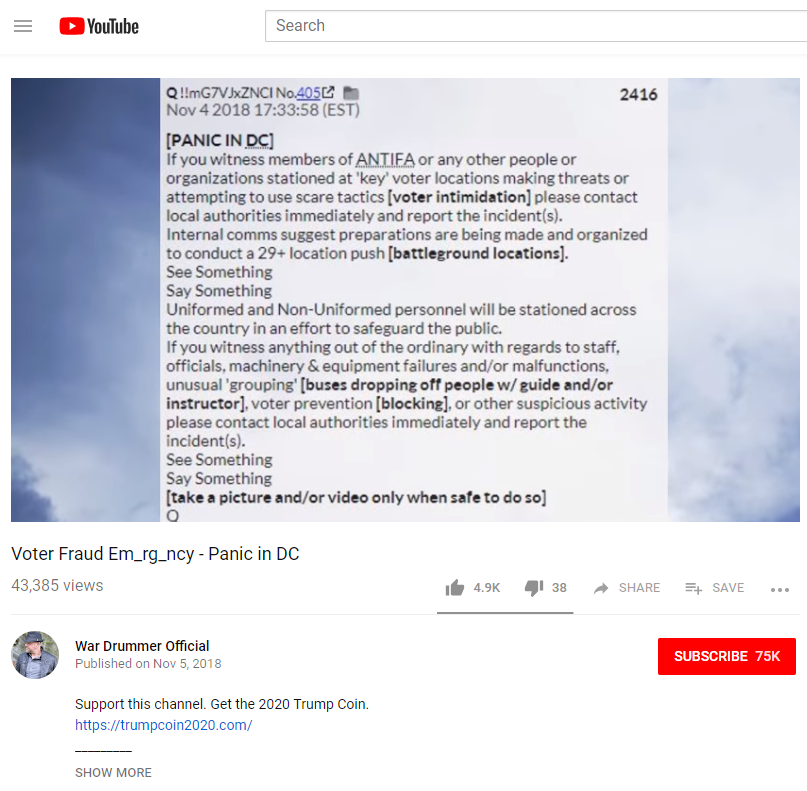 A pro-Trump Facebook page spread similar claims that fearmongered about election fraud. The page posted a screenshot from the original 8chan post that had been taken from that YouTube video: 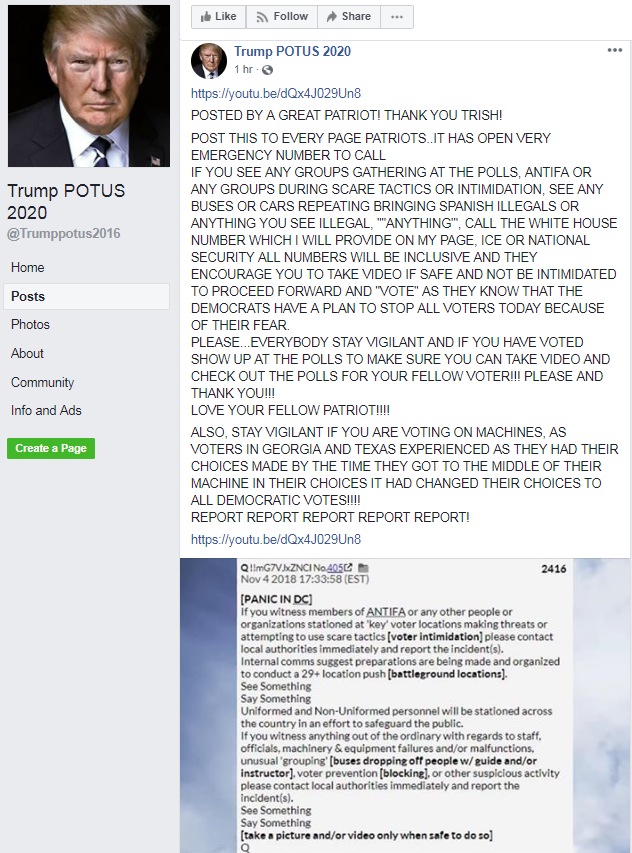