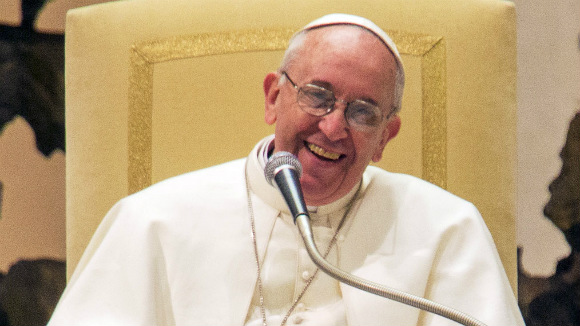 Far-right media figures and outlets attacked Pope Francis after he released a message urging nation-states to give aid and protection to migrants and refugees.

On August 21, Francis released a message for the World Day of Migrants and Refugees in which he called on governments to offer “broader options for migrants and refugees to enter destination countries safely and legally.” According to Francis, countries should seek to integrate migrants and refugees by “granting citizenship free of financial or linguistic requirements, and by offering the possibility of special legalisation to migrants who can claim a long period of residence in the country of arrival.” He also argued that people’s dignity “obliges us to always prioritise personal safety over national security.”

Far-right figures lashed out at the pope in response. Paul Joseph Watson of the conspiracy theory outlet Infowars called Francis “an evil fraud” who “is helping destroy western civilization.”

The Pope is helping destroy western civilization and Christianity along with it. He is an evil fraud. https://t.co/eQ0Z5HFjDy

The Pope cares more about Social Justice issues than he does defending Christianity. https://t.co/vJRuXnjw93

Fake news purveyors also attacked Francis. Conservative Daily Post said Francis has a “Marxist” agenda and called him a “reckless and foolish man.” Eagle Rising claimed Francis is a “globalist” who “preaches that more rapes and murders in Western nations are a price we must pay to fulfill our obligation to receive more immigrants." TruthFeed wrote in its headline that Francis “Thinks RAPE and TERROR are Just Part of the ‘Refugee Experience.’” And in response to the pope’s message, Conservative Fighters topped its piece with the word “SERIOUSLY?”

Additionally, forums that have previously helped far-right trolls and fake news purveyors spread misinformation also went after Francis: Some users on Reddit’s “r/The_Donald” called Francis a “cuck Pope” who is a “fucking hypocrite piece of shit,” and users on 4chan’s “politically incorrect” forum (known as “/pol/”) claimed Francis is “the communist pope” and “the antipope.” 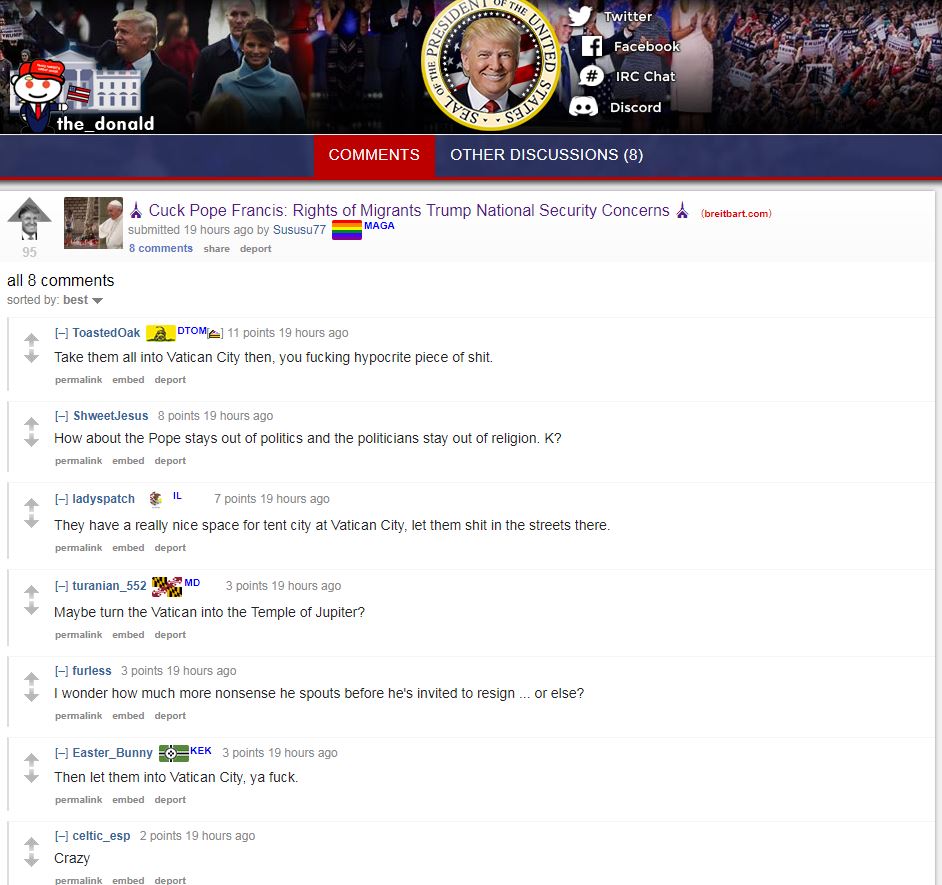