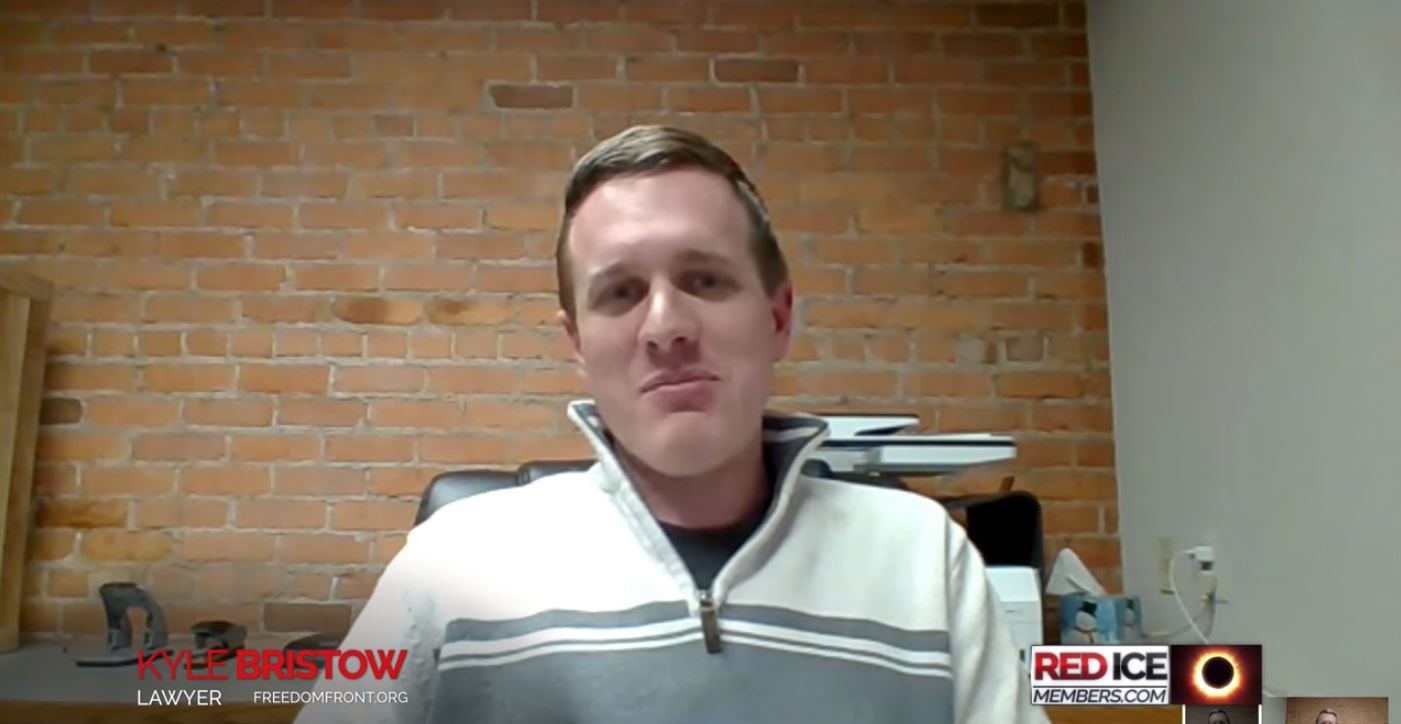 Fox News is helping white supremacist Kyle Bristow rehabilitate his white nationalist past by citing him for legal expertise without disclosing Bristow’s racist views, his active role in institutionalizing the “alt-right,” or his recent legal representation of white nationalist Richard Spencer. Bristow’s extremist background should have been clear to the network, as a February Fox story named him as Spencer’s attorney.

In a March 26 FoxNews.com story claiming Stormy Daniels’ lawyer could have implicated himself and his client in a potential crime, Fox included Bristow among the legal experts the network contacted for commentary. Bristow later bragged about his quotes on his Facebook page. From the FoxNews.com report:

As recently as early March, Bristow was not only Richard Spencer's attorney, but also an important actor developing institutions for the “alt-right.” During an earlier guest appearance on the white nationalist propaganda outlet Red Ice TV, he talked about the organization he had founded, the Foundation for the Marketplace of Ideas (FMI), which he called “our” -- referring to the “alt-right” -- “own version of the ACLU.” As reported by the blog Angry White Men, Bristow intended to use FMI to force universities to host white nationalists and allow them to spread their racist ideas via public speaking events.

Bristow’s history of extremism also includes publishing a novel the Southern Poverty Law Center (SPLC) described as “seething with lethal white supremacist revenge fantasies against Jewish professors, Latino and American Indian activists and staffers of a group clearly modeled on the SPLC,” and which his ex-wife called “his personal manifesto.” His second book got an endorsement from prominent white nationalist Jared Taylor. Bristow also represented both Spencer and Cameron Padgett, the prominent white nationalist's “booking agent and legal advocate,” in multiple lawsuits against universities, claiming Spencer’s right to free speech was being violated when public universities -- citing security costs -- made it difficult for him to spread his extremism on campus. Bristow's ideological extremism led The Daily Beast’s Mark Potok to describe him as “a hardline racist.”

A day before he was supposed to host a white nationalist-themed conference in Detroit, MI, this month, Bristow announced he was “dropping out of politics” and giving up his position at the helm of FMI. He blamed recent media coverage for his decision, complaining about “recent relentless and unjustifiable vilification” and explaining, “In recent weeks, journalists have published horrifically disparaging articles about me which contain acerbic, offensive, juvenile and regrettable statements I mostly made over a decade ago.” He didn't clarify whether he would still represent Spencer, but the two seemed to remain on good terms, with Spencer referring to Bristow warmly in a March 3 Periscope recording and telling Newsweek the two were “in touch.” Shortly after Bristow’s resignation, his Twitter account -- which used to house his incendiary commentary -- and his foundation’s online presence were scrubbed from the internet.

Fox News has previously, if indirectly, acknowledged Bristow's connections to the “alt-right,” as a February 11 story covering Spencer and threats he made about suing Kent State University cited Bristow as Spencer's lawyer: 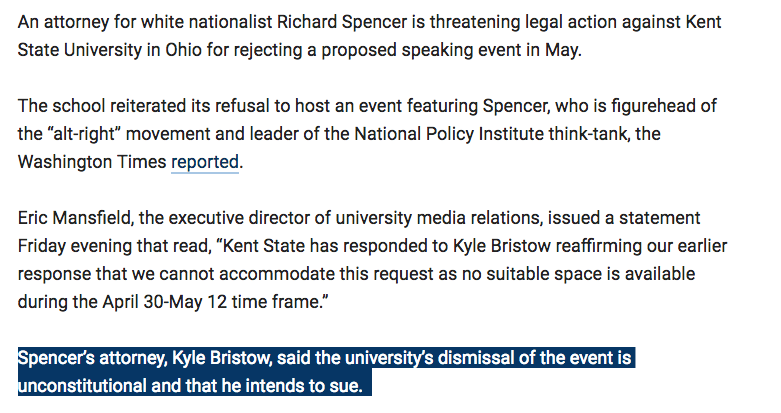 Either Fox is willingly aiding this white supremacist in scrubbing his “alt-right” extremist past or, at best, the network is inept at vetting the people it goes to for expertise. Neither is a good look.