Far-right trolls are using harassment-enabling platforms like 8chan and Gab to encourage threats against a federal judge for recently upholding a Massachusetts ban on assault weapons. The trolls published what appears to be Young’s home address and phone numbers and claimed that Young had signed his “death certificate” by ruling to uphold existing gun laws.

On Friday, U.S. District Judge William Young issued a decision upholding Massachusetts’ ban on assault weapons and large-capacity ammunition magazines, declaring -- in line with other federal courts -- that they are not protected under the Second Amendment. Pro-gun trolls took to online message board 8chan and social media platform Gab to doxx Young, posting without his consent what they claim is the judge’s personal contact information, in clear efforts to target him for harassment. The 8chan post showing the judge’s information invited trolls to “show him what we got”: 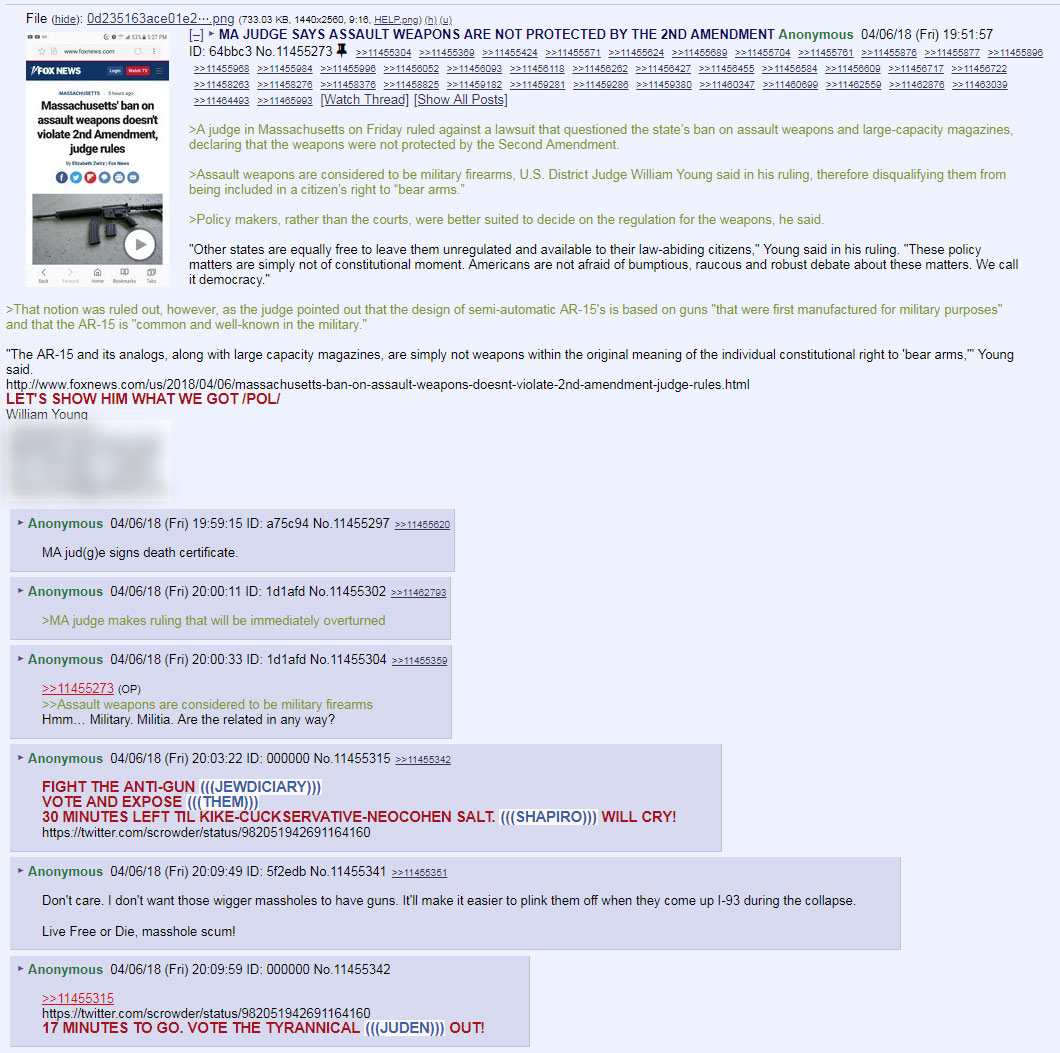 On Gab, the same contact information appeared under search results for Young’s name: 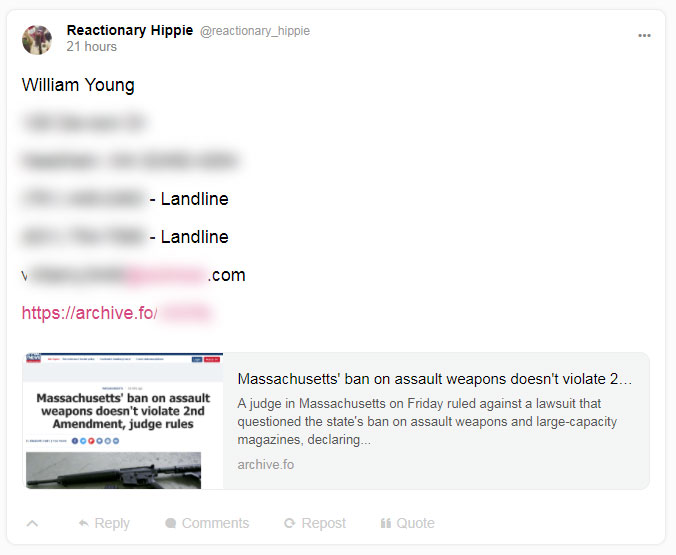 Anonymity and lack of oversight on online message boards 4chan and 8chan have long made these sites enablers of illegal activity and ideal places for trolls to coordinate harassment campaigns. Gab, a Twitter alternative that has become a “haven for white supremacists” and allows users to regularly post extremist content with no consequence, has clearly become another enabler of harassment. Despite Gab CEO Andrew Torba recently announcing that the site had banned “alt-right” congressional candidate Paul Nehlen for doxxing a white nationalist online troll by supposedly revealing his true identity, Gab's community guidelines appear to extend the courtesy of protecting private information only to other Gab users. This policy makes the site, similar to 8chan, an ideal hub for white supremacists, anti-Muslim extremists, and now, pro-gun trolls, to coordinate the harassment of their political opponents.