A shooting at the Capital Gazette newspaper building in Annapolis, MD, caused multiple injuries and fatalities. Even before anyone knew details about the shooting, message boards known for their far-right vitriol reacted gleefully, echoing the anti-journalist rhetoric President Donald Trump has made so prominent.

On the “politically incorrect” boards in 4chan and 8chan, users immediately set out to comment on the breaking news, some dismissing it as a “false flag” meant to distract from Trump “winning all week,” or warning of “a parade of crisis actors” was forthcoming, echoing the narrative pro-Trump media pushed to dismiss survivors of the Parkland, FL, school shooting and their calls to reduce gun violence afterward. More disturbingly, a significant amount of users celebrated and encouraged the violent incident, celebrating what they saw as an attack on journalists. 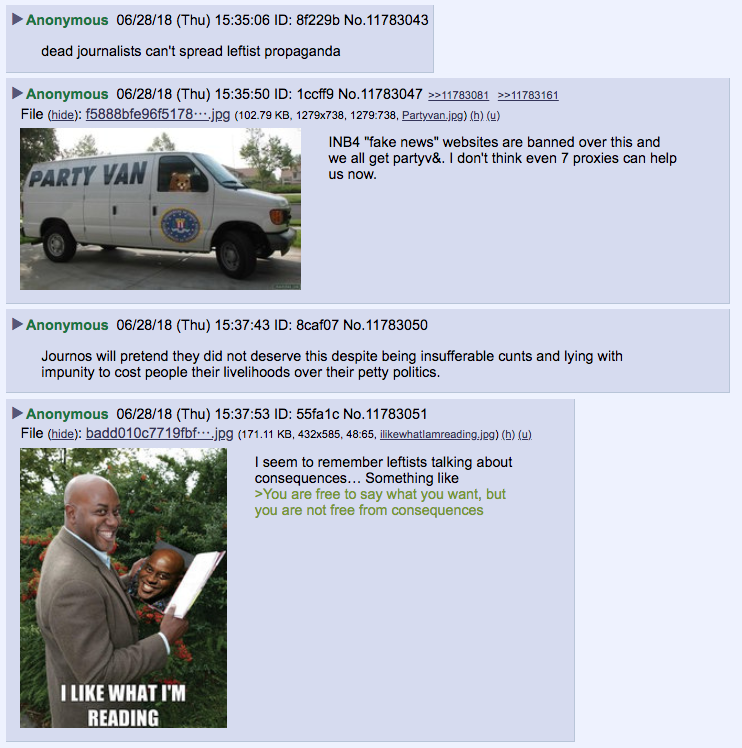 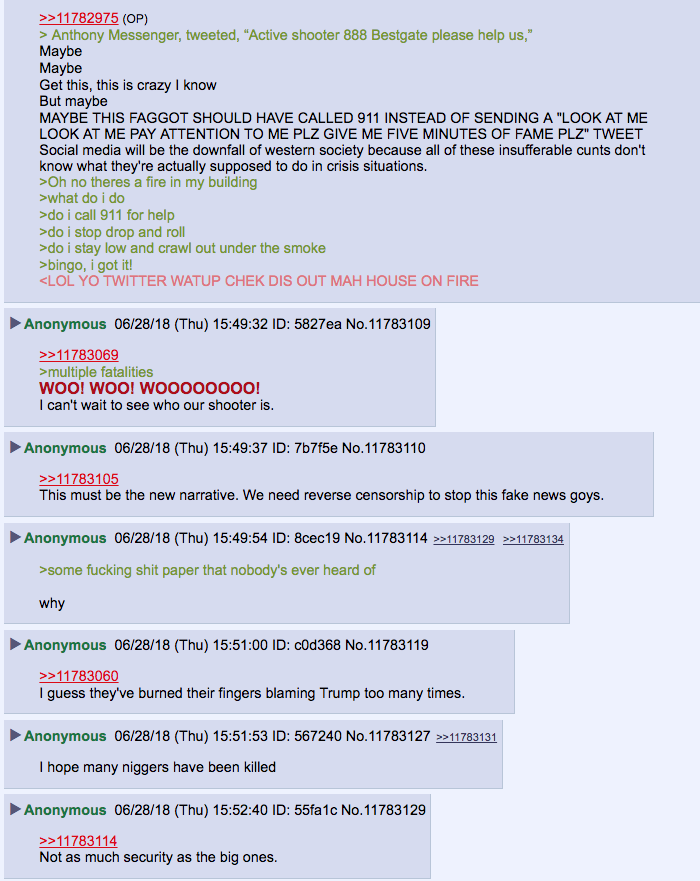 These disturbing reactions mirror the sentiment Nazi-sympathizer Milo Yiannopoulos expressed when he called for “vigilante squads” to shoot journalists in response to media reporting he disliked. In response to the Annapolis shooting, Yiannopoulos tried to blame his violent comments on the journalists he had made them to and who had then reported it, taking no responsibility for the impact his comments could have on his far-right followers. Media outlets and journalists are a common target of pro-Trump trolls, who have turned “brick a journo” (which refers to throwing bricks at journalists) into a recurring pattern to threaten journalists with violence by tweeting pictures of bricks at them.