Far-right figures on social media, message boards, and fringe websites have been pushing a conspiracy theory that claims former President Barack Obama is behind the recent mass layoffs at media outlets. These figures include conservative actor James Woods and conspiracy theorist Alex Jones.

The conspiracy theory seems to have started on Gab, a social media platform favored by white nationalists, where a user falsely claimed that the Obama administration had been funding journalists to push its propaganda via the Countering Foreign Propaganda and Disinformation Act and that the layoffs were due to the funding drying up. In fact, Obama signed the measure as part of a defense authorization bill, and it specifically aimed to fight foreign propaganda. The new conspiracy theory builds off of previous far-right hysteria that the 2016 law would target “alternative media.”

The recent media layoffs -- which have hit numerous news outlets including HuffPost, BuzzFeed, McClatchy, and Vice Media -- are due to multiple factors, including their dependence on Facebook for page clicks (which decreased after Facebook made changes to its news feed) and struggles with ad revenue. Far-right trolls on 4chan’s “politically incorrect” message board known as “/pol/” have helped coordinate a harassment campaign against those journalists based on a false claim that reporters in the past had flippantly urged working-class Americans to start new careers in tech. The 4chan campaign targeted journalists on social media with messages telling them to “learn to code” -- language that was repeated by some users pushing the new conspiracy theory.

Here’s how the false claim spread from Gab through the right-wing fever swamps: 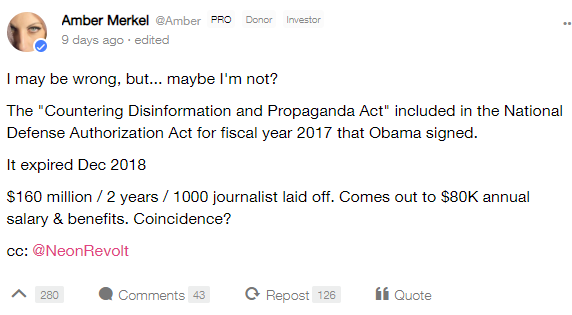 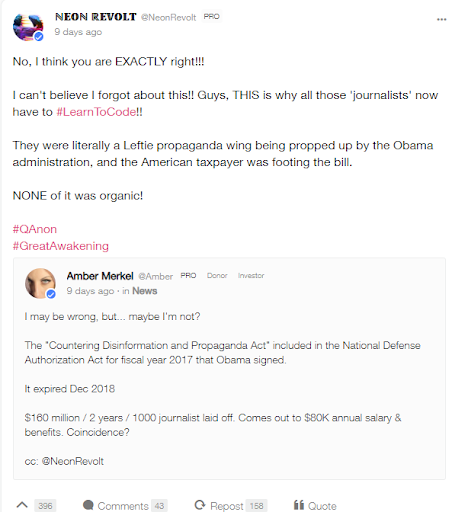 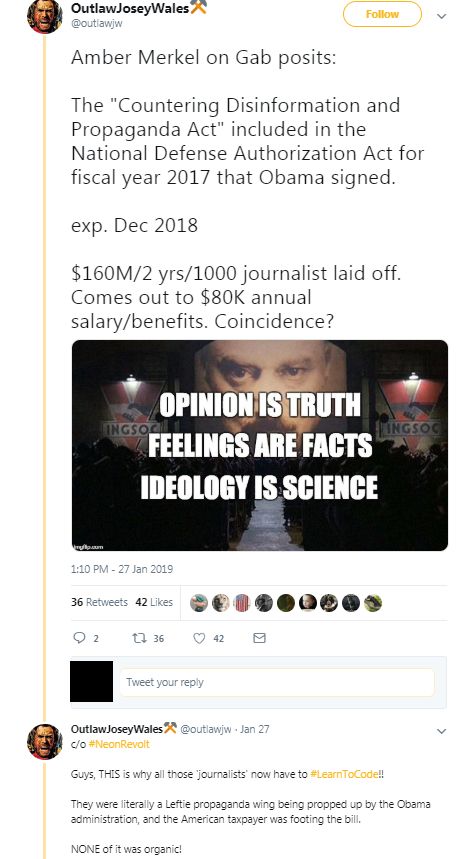 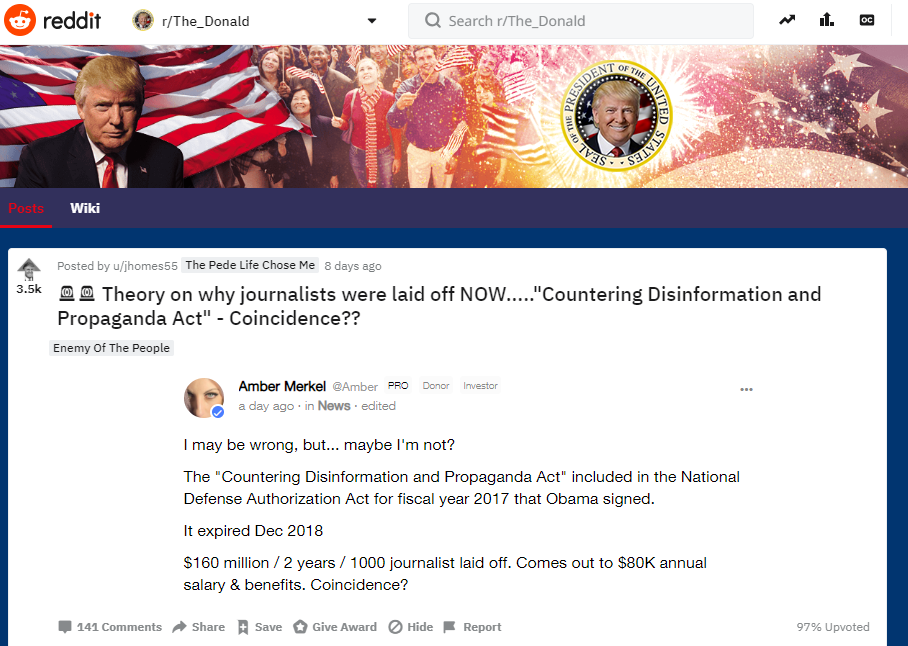 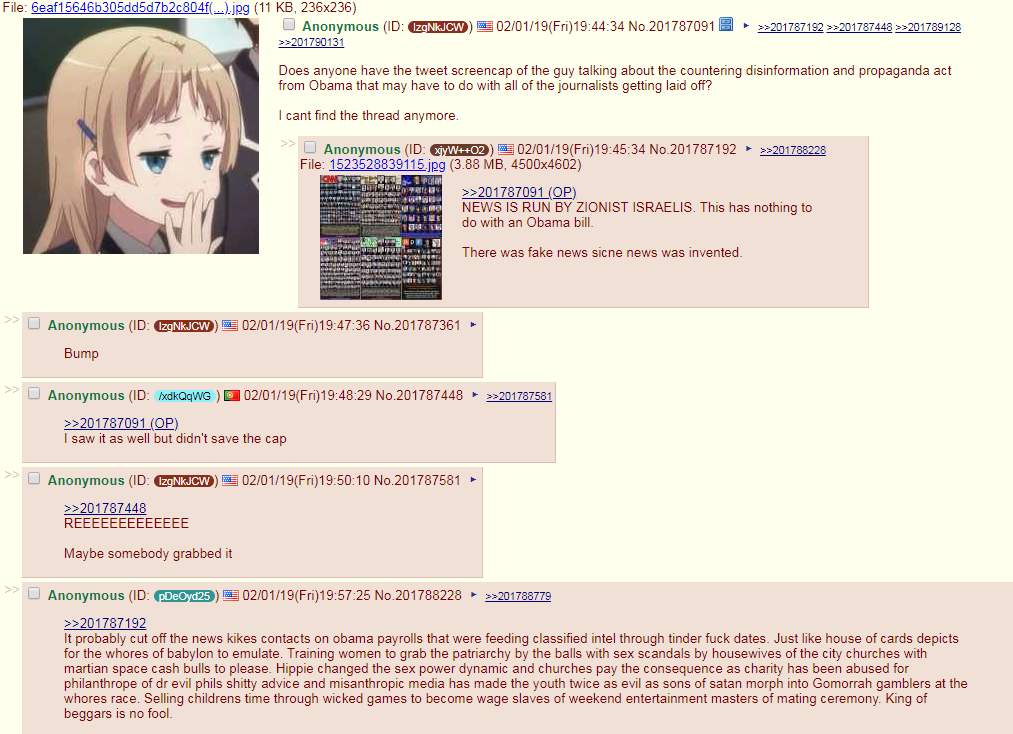 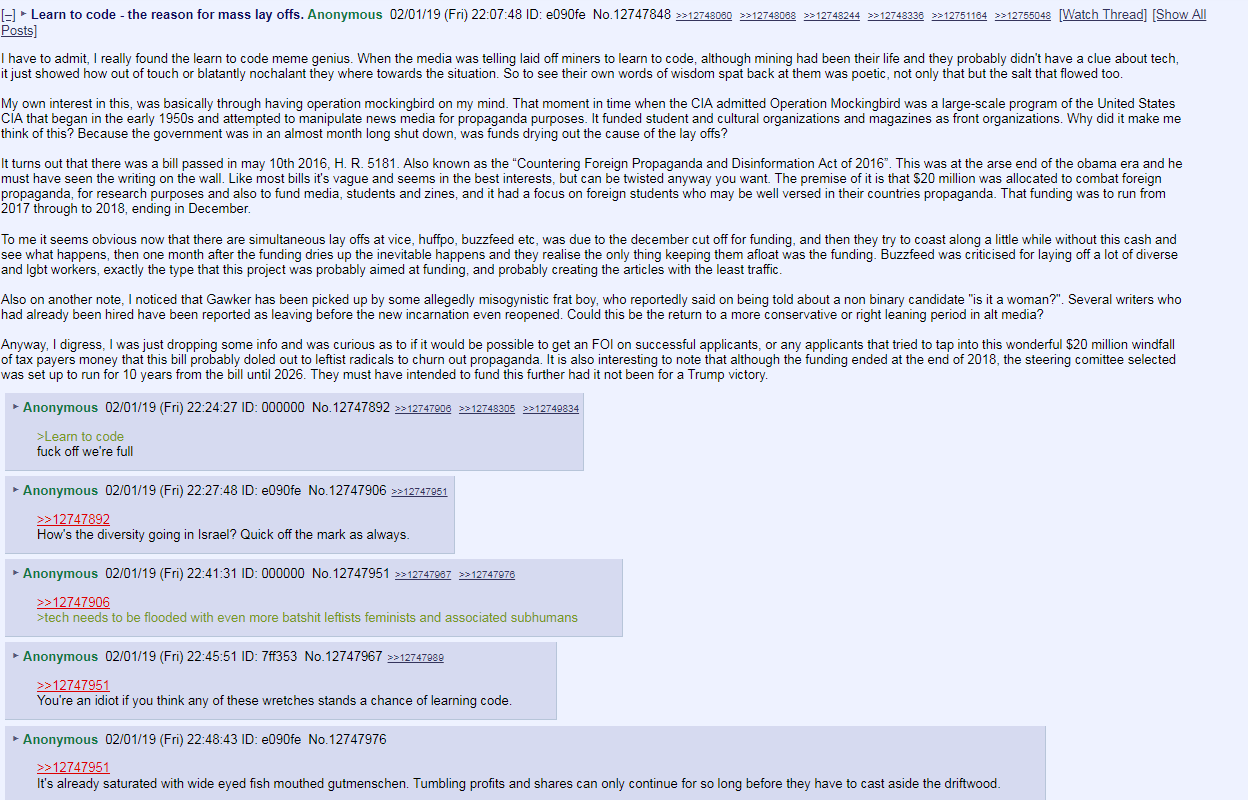 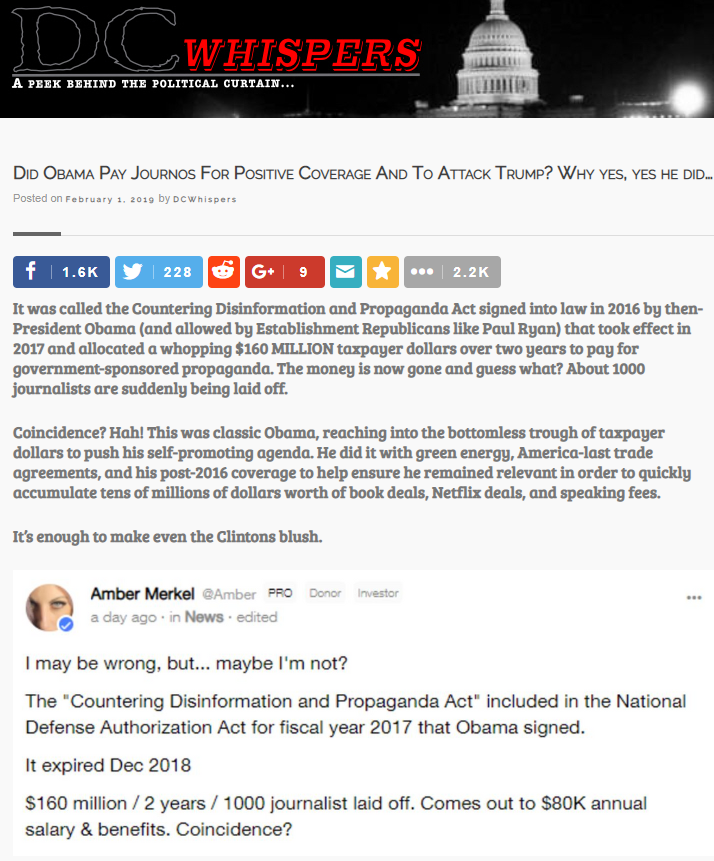 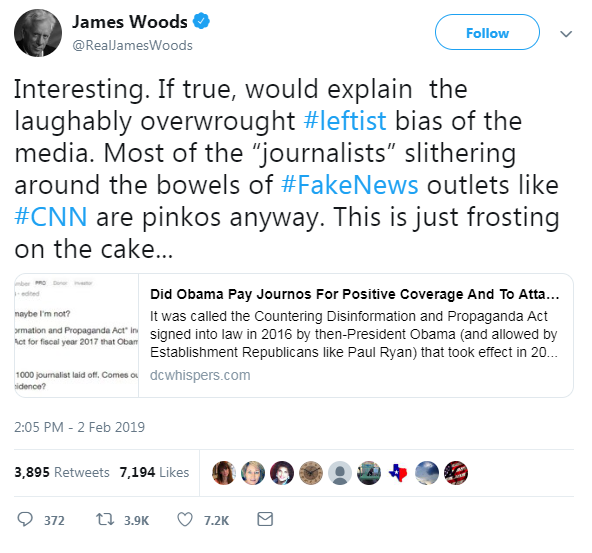 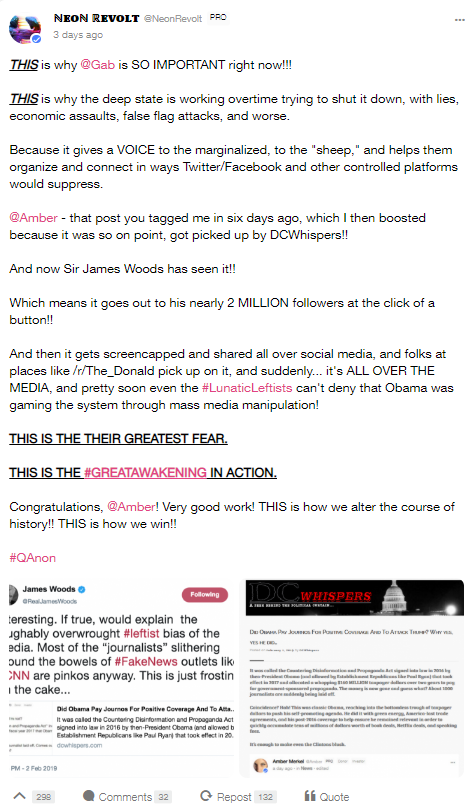 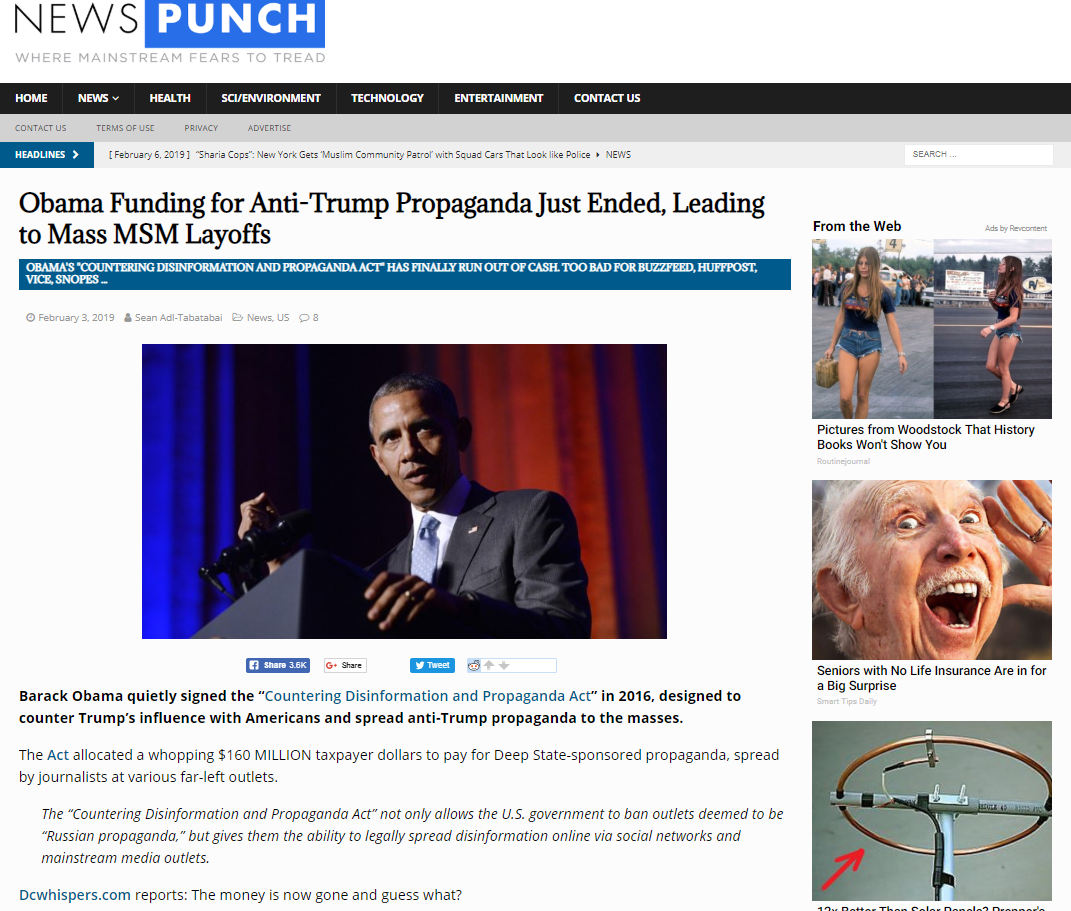 Conspiracy theory outlet Infowars posted on its website a video featuring Alex Jones pushing the false claim, and the video then spread on Facebook and YouTube: 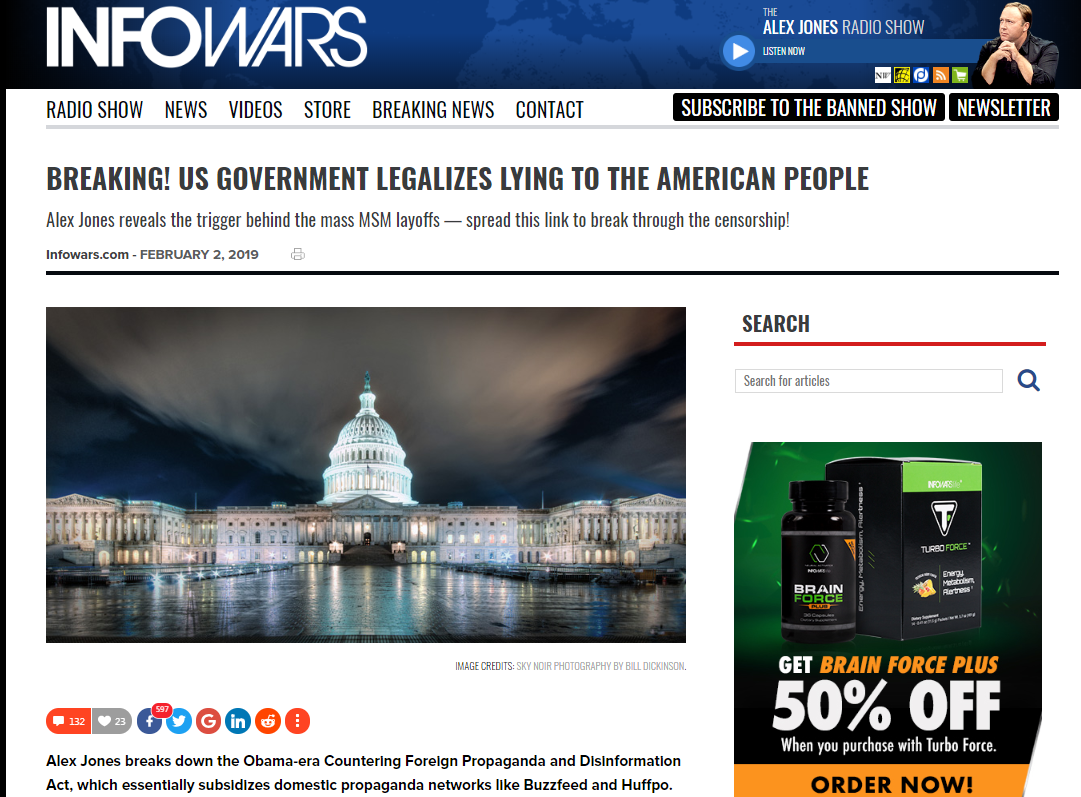 The false claim continued to spread online, such as on conspiracy theory site Natural News: 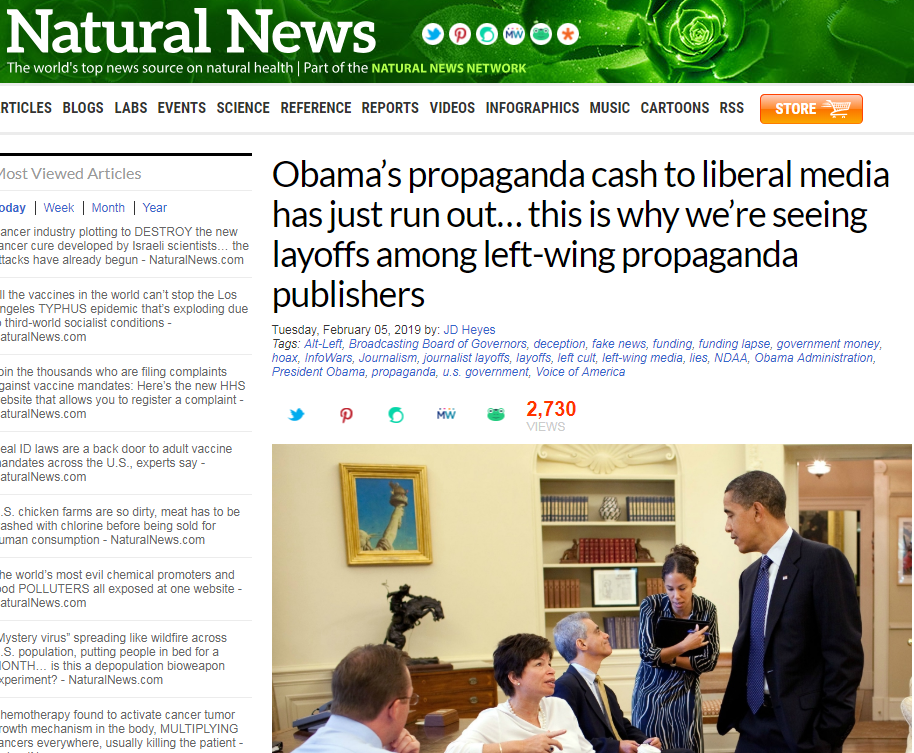