Mike Adams, a far-right blogger who has pushed fake news, is behind a new site smearing Parkland, FL, mass shooting survivor David Hogg and some of his fellow student survivors. The site pushes previously debunked hoaxes about Hogg, along with smearing him as a Nazi and a “fascist youth front man.” 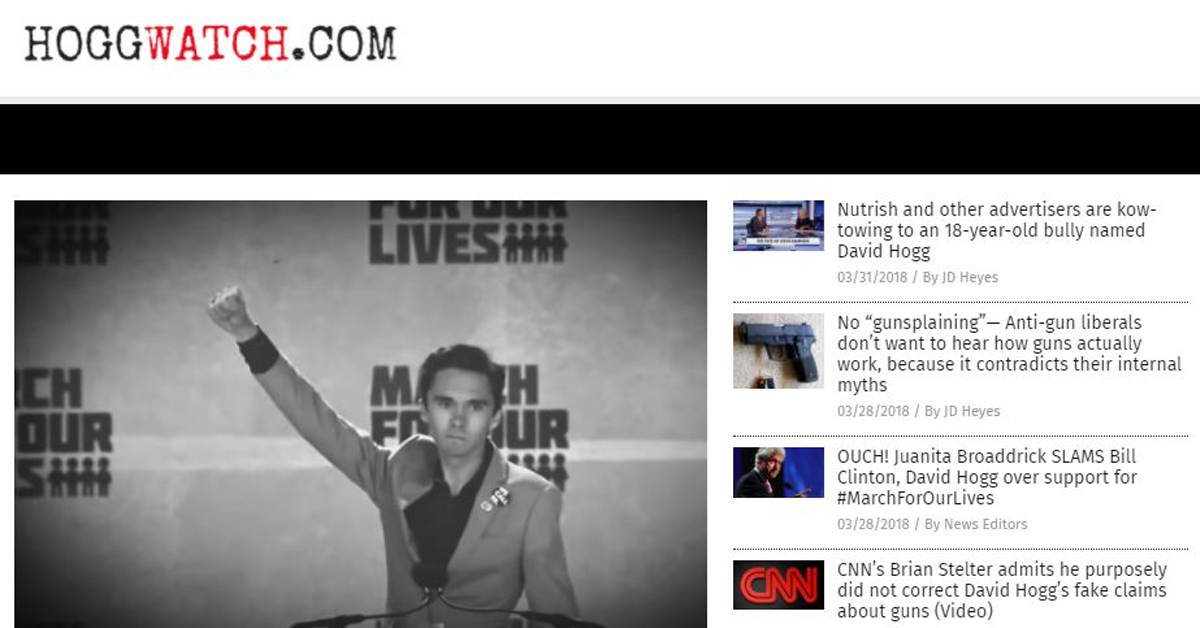 The website Hogg Watch (hoggwatch.com) was registered on March 24 and is connected to naturalnews.com, which is run by Mike Adams. According to domain search service WHOIS, a site called Hogg Watch was registered on March 24. The site shares the Disqus shortname (a kind of ID for using the Disqus service) “naturalnews” with naturalnews.com, according to analytic tool Trendolizer. Gizmodo noted that Mike Adams is “the self-declared ‘Health Ranger’ behind questionably reliable pseudoscience site Natural News,” a site that has pushed fake news and conspiracy theories. The Washington Post has described Adams as being “on the furious far-right of American political discourse.” Hogg Watch also features multiple articles written by Adams.

Snopes has regularly debunked both Natural News and Adams. Fact-checker Snopes has regularly debunked both Adams and Natural News for false claims, such as that an increase in Arctic and Greenland ice casts doubt on climate change and that cell phone radiation is causing brain damage that creates “snowflake” people. Adams also pushed conspiracy theories about the October 2017 Las Vegas, NV, mass shooting. Google had previously delisted the site from its search engine, and Adams blamed the CIA for it.

Adams was recently booted from YouTube. Gizmodo noted that Adams’ YouTube channel had been banned “for violating YouTube's Community Guidelines.” Adams had pushed claims that mass shootings were often false flags, including that there was going to be a “massive false flag attack planned to stop Trump” in 2016. Adams has blamed the Southern Poverty Law Center for the YouTube ban and claimed it was in part due to him interviewing someone who denied the 2012 mass shooting at Sandy Hook Elementary School was real.