More than a dozen Fox hosts and contributors have been raising funds for Republican Party organizations around the country since Donald Trump was elected president, according to a Media Matters review.

Fox hosts and contributors have been some of President Trump’s loudest supporters, using the network to push his agenda and attack his critics. Trump, in turn, has rewarded the network with regular interviews and praise.

While Fox personalities’ on-air support for Trump and his party is open and well-documented, many of those same hosts and contributors have also been working off-air to raise critical funds for state and local GOP organizations. In addition to aligning themselves with Trump, those organizations provide backing and resources to Republican candidates when they run for office.

Fox News host Laura Ingraham also headlined an October fundraiser for Republican Arizona U.S. Senate candidate Kelli Ward. The New York Times reported at the time that “Fox News hosts are not usually allowed to stump for candidates, but Ms. Ingraham was granted an exception because her show had not yet begun” (Ingraham was a Fox News contributor and frequent guest host prior to starting The Ingraham Angle). But Fox's reported prohibition against hosts stumping for candidates is meaningless given that they're allowed to raise funds for political parties that help those very same candidates.

Keynoting fundraisers can be potentially lucrative for media personalities, according to available campaign finance data. The Larimer County Republican Party in Colorado paid Premiere Speakers Bureau, which represents Pete Hegseth, a total of $5,000 in speaking fees around the time of the event Hegseth was headlining. Jeanine Pirro has received fees ranging from roughly $5,000 to $20,000 from state and local branches of the GOP. The Manatee County GOP paid a $25,000 “fee” to Washington Speakers Bureau, which exclusively represents Dobbs, a few months before its event with the pro-Trump host. It also paid roughly $2,300 for travel expenses to the bureau shortly after the event.

A common theme among the Republican fundraisers is the use of Fox News’ branding and notoriety to sell tickets.

Here is how the Washington State Republican Party promoted its event with Greg Gutfeld: 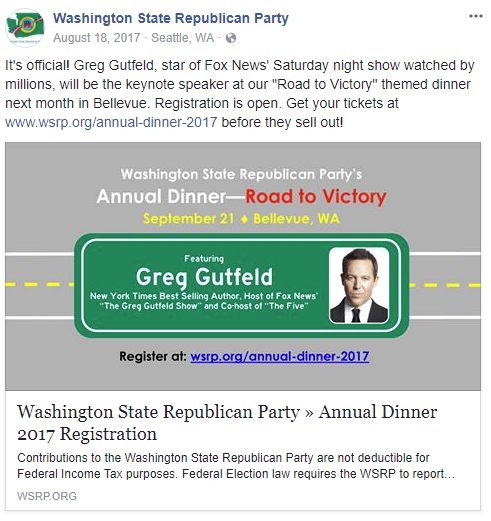 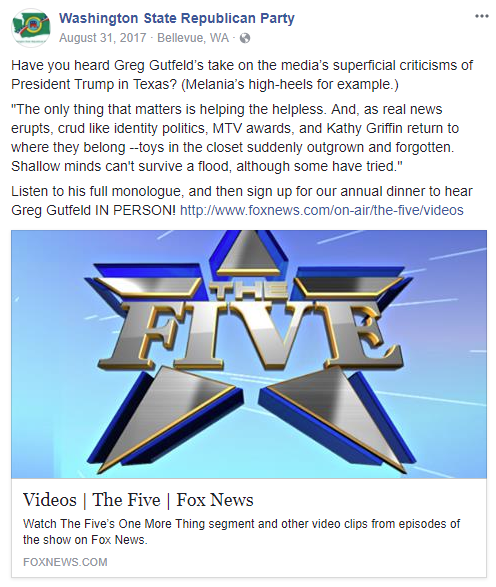 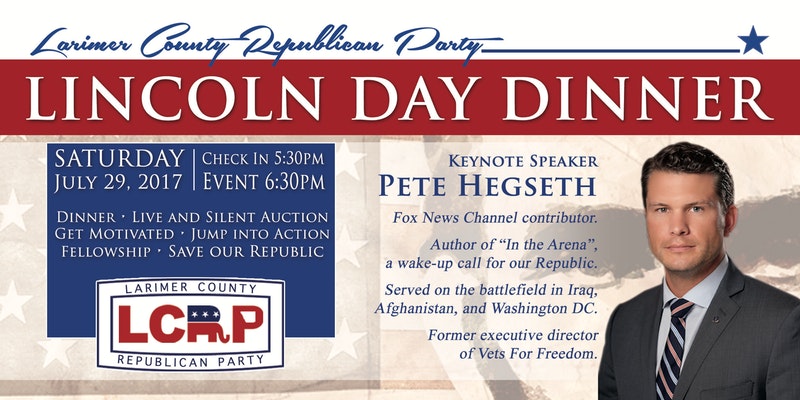 And here are two event pages for fundraisers with Jeanine Pirro: 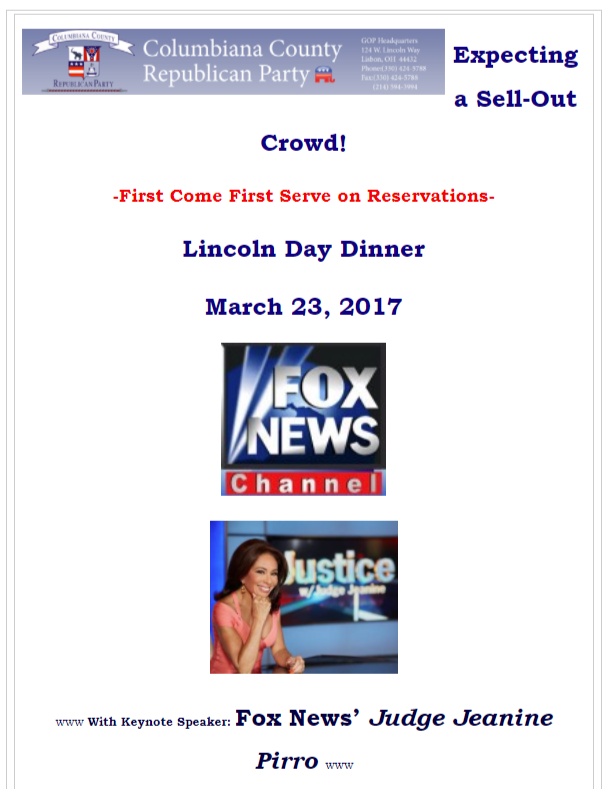 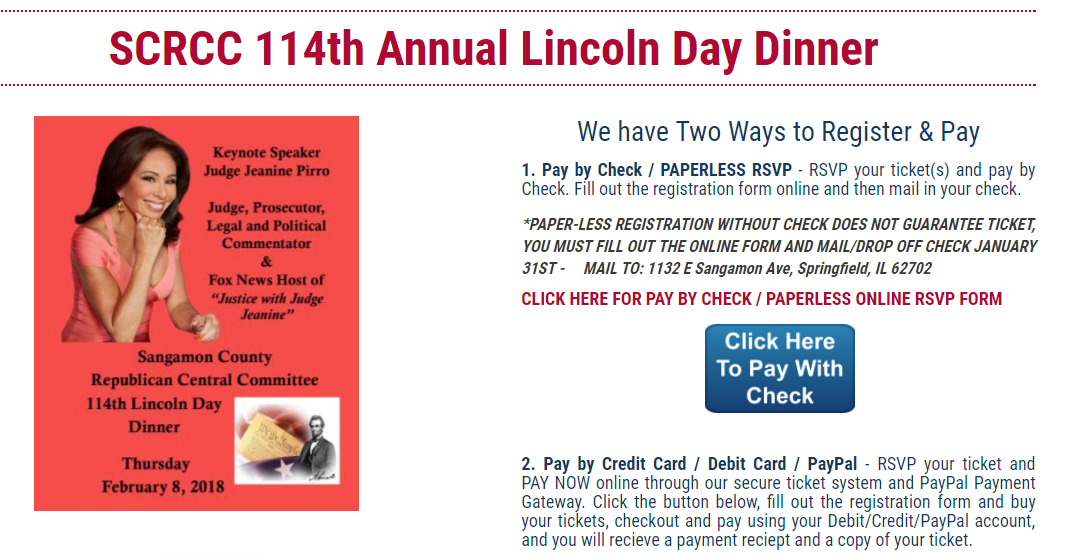 Fox considers these personalities as part of the network’s opinion side as opposed to its “news” side -- a largely meaningless distinction given how often the two sides blur together on the network. Trump himself treats Fox & Friends as a leading source of information. And Fox's opinion-side personalities have gotten numerous interviews with the president. For instance, both Hegseth and Pirro have interviewed Trump on their Fox News programs. Lou Dobbs also conducted a softball interview with the president. (Huckabee interviewed Trump though their talk aired on the former Republican governor's Trinity Broadcasting Network program.)

Media Matters has documented over the years how Fox News hosts and commentators actively help Republican-aligned groups grow their coffers at partisan events. In 2010, for instance, Sean Hannity keynoted a National Republican Congressional Committee dinner that “raised over $7 million.”

The following is a non-comprehensive list of Fox News personalities who have headlined or have been scheduled to headline 2017-2018 fundraisers for Republican Party organizations.