President Donald Trump has started referring to Reps. Alexandria Ocasio-Cortez (D-NY), Rashida Tlaib (D-MI), Ayanna Pressley (D-MA), and Ilhan Omar (D-MN) as “AOC plus 3,” and while some hosts on Fox News are giving Trump credit for the new nickname, the phrase was actually popularized by Laura Ingraham and has been repeated frequently on Fox News before Trump adopted it.

On July 15, Laura Ingraham referred to the four representatives as “AOC plus 3.” She repeated the nickname at least eight times on her show that night and continued to refer to the group as such repeatedly over the following week: 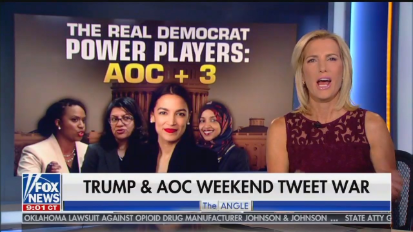 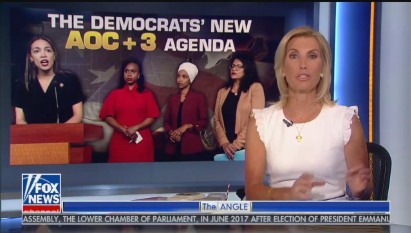 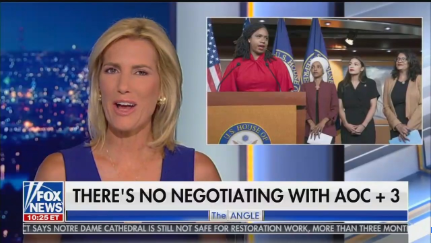 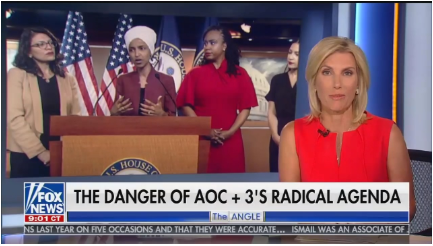 Others on the network adopted the language: The following day on Fox News at Night, Rep. Steve Daines (R-MT) used the nickname for the group. On Fox Business, Ocasio-Cortez’s Republican challenger used “AOC plus 3,” delighting host Stuart Varney who replied, “I’m going to use that!” And on Watters’ World, former Trump campaign manager Corey Lewandowski also adopted the terminology.

On the morning of July 23, the president tweeted: “The ‘Squad’ (AOC Plus 3) and other Dems suffer from Trump Derangement Syndrome.” While speaking at a Turning Point USA summit later that day, Trump took credit for the name while attacking Tlaib, saying, “I call it ‘AOC plus 3.’”

Fox hosts were quick to give Trump credit for the new nickname, with Fox anchor Bill Hemmer saying, “‘AOC plus 3,’ which seems to be a new characterization for the four freshman congresswomen in the House.” Later in the day, Fox anchor Harris Faulkner noted, “‘AOC plus 3,’ that’s what the president was calling those four progressive Democratic congresswomen.”