On the morning of May 31, Trump tweeted:

Will be giving a Full Pardon to Dinesh D’Souza today. He was treated very unfairly by our government!

D’Souza was indicted in 2014 for violating campaign finance laws, and right-wing media figures also jumped to defend him then, portraying him as a victim of political persecution by the Obama administration, which D’Souza had criticized in a lie-filled book attempting to trace Obama’s liberal policy motivations and later in a lie-filled movie. But D’Souza pleaded guilty to the charges against him five years ago. His more recent missives have included tweets mocking students who survived the February school shooting in Parkland, FL and likening Democrats to Nazis.

Following Trump’s announcement that he will give a full pardon to D’Souza, right-wing media figures celebrated the decision and claimed that D’Souza was indeed treated unfairly: 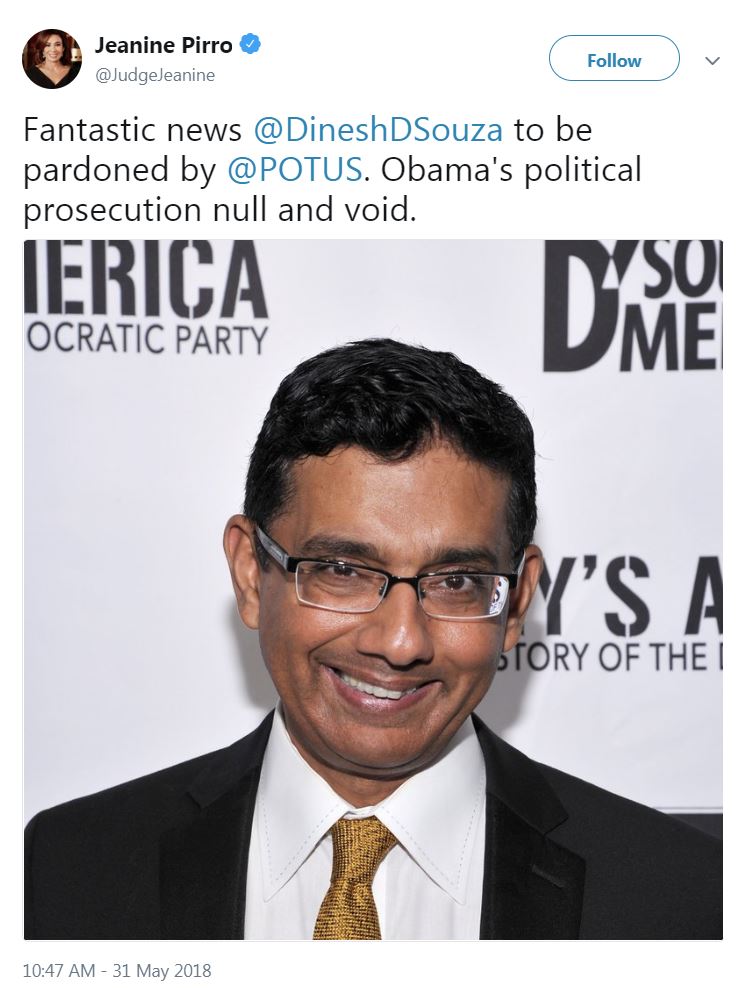 Pro-Trump conspiracy theorist Alex Jones: “Good to see Trump using that power” to correct “a lot of these travesties of justice that are taking place.”

Radio host Rush Limbaugh: D’Souza was sentenced “so that Obama could flex his muscles and show what a tough guy he was.”

Fox & Friends co-host Pete Hegseth: “I thought that was great.”