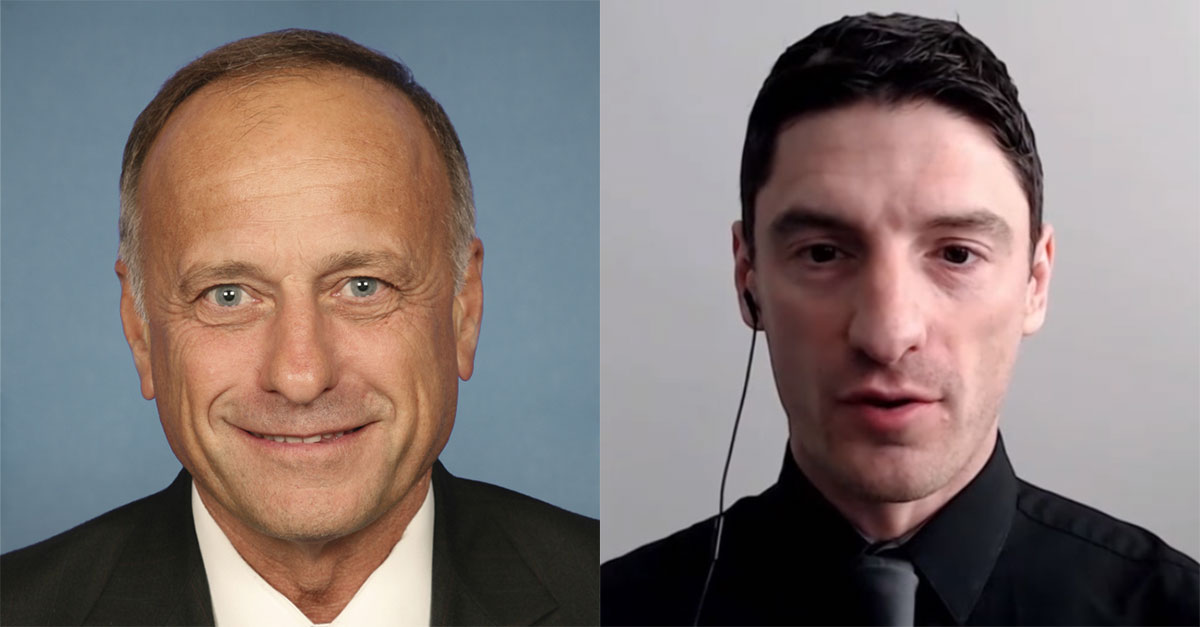 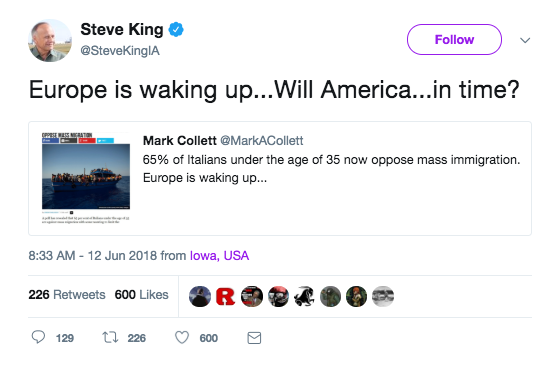 Media Matters reported on Collett’s history when Fox News host Laura Ingraham quoted him in a tweet in January. At the time, we noted that Mark Collett is a former chairman of the youth division of the British National Party (BNP), a far-right political organization in the United Kingdom, who was eventually dismissed from the party and arrested for death threats against its leader, a political rival. Collett has repeatedly collaborated with former Ku Klux Klan leader and radio host David Duke, who has endorsed Collett’s book. Collett once expressed admiration for Adolf Hitler, has said that he considered AIDS a “friendly disease because blacks, drug users and gays have it,” and has referred to asylum seekers as “cockroaches.” Collett also campaigned in support of Brexit with his girlfriend, who has multiple Nazi tattoos.

Angry White Men, a blog that tracks far-right people and groups, flagged King’s quote-tweet and shared a number of pieces laying out Collett’s racist extremism in a Twitter thread.

King has a record of pushing white supremacist narratives on Twitter. He once tweeted that “we can't restore our civilization with somebody else's babies” and then doubled-down on his statement after receiving backlash. Former Ku Klux Klan leader David Duke praised King for his tweet: 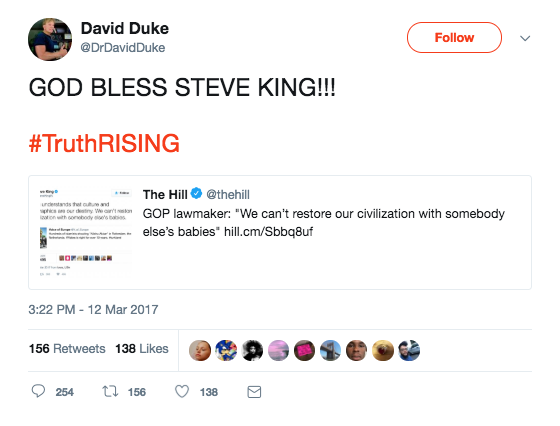 As Vice documented, King’s bigotry has been on display beyond Twitter as well. He’s compared undocumented immigrants to livestock, pushed the birther conspiracy theory that claims Barack Obama was born in Kenya, and referred to the former president as “very, very urban,” and said that only Europe and the U.S. have contributed to civilization.