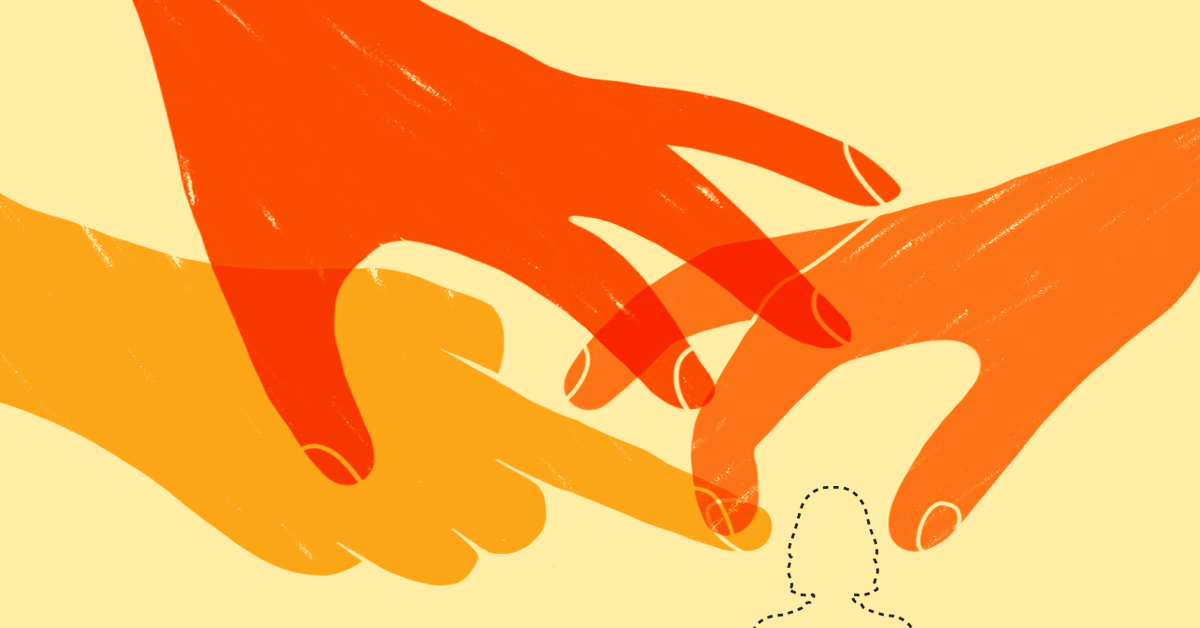 Update (10/2/18): This piece was updated with additional conspiracy theories that spread after publication.

While many of the attacks originated from fringe outlets -- 4chan, 8chan, The Gateway Pundit, and conspiracy theorist Alex Jones' Infowars -- these false claims have been embraced by influential conservative media figures including Erick Erickson, Laura Ingraham, Rush Limbaugh, and John Fund.

The timeline below shows when some of the most widely spread conspiracy theories in defense of Kavanaugh bubbled up and which right-wing media figures pushed them:

Pro-Trump media figures attacked Ford based on student reviews of a different professor with a similar name. Right-wing media personalities, including Fox News hosts Laura Ingraham and Mark Levin and right-wing blogger Jim Hoft, highlighted student reviews of the wrong professor Ford in an absurd attempt to discredit her accusation against Kavanaugh. The falsehood gained traction after it was published by far-right website Grabien News. [Media Matters, 9/17/18]

Right-wing websites and media figures pushed a conspiracy theory that Ford’s accusation was motivated by revenge for her parents’ home foreclosure. Right-wing bloggers Hoft and Erick Erickson repeated a conspiracy theory that Ford reported Kavanaugh for assault because his mother, also a judge, presided over a foreclose of Ford’s childhood home. But Kavanaugh’s mother had actually dismissed the foreclosure case after Ford’s parents worked out an agreement with their lender, and Ford’s parents still own the home. [Media Matters, 9/18/18]

Trump media sycophants fabricated a connection between Ford and Fusion GPS to discredit her accusation. Right-wing websites and social media trolls smeared Ford over her brother Ralph Blasey’s work at a law firm that did legal work for Fusion GPS, a company connected to the Trump/Russia investigation. But according to the trolls’ own “evidence,” Blasey’s work at the law firm ended six years before Fusion GPS was even founded. [Media Matters, 9/18/18]

Conservative media figures embraced the outlandish theory that Ford misidentified her attacker, who they claimed was really Kavanaugh’s doppelganger. Conservative media outlets and figures including Fox News, Erick Erickson, New York Times columnist Ross Douthat, and The Gateway Pundit supported a theory tweeted by conservative legal commentator Ed Whelan that Ford had confused Kavanaugh with another boy who Whelan claimed looked similar. Ford debunked the claim of mistaken identity and by the next day, Whelan had deleted his Twitter thread and apologized for publicly naming the person he suggested was the actual assailant. [Media Matters, 9/21/18]

Far-right websites falsely claimed Ford worked for a company that manufactured an “abortion pill” to question her motive. The Gateway Pundit and other far-right websites claimed Ford’s accusation against Kavanaugh was politically motivated because of work she did for a pharmaceutical company that manufactured a so-called “abortion pill.” They said  she opposed Kavanaugh because of the possibility he would be the pivotal vote in overturning Roe v. Wade. But the pill is intended to treat a hormonal condition called Cushing’s syndrome, and it is not permitted to be prescribed to pregnant patients. [Media Matters, 9/24/18]

Right-wing columnists attacked the wrong Deborah Ramirez over a “tie to George Soros.” After Ramirez told The New Yorker that Kavanaugh exposed himself to her at a party in college, right-wing columnists Quin Hillyer and John Fund claimed that Ramirez won a Soros Justice Fellowship in 2003 and criticized the magazine for leaving out that irrelevant detail -- but they identified the wrong Deborah Ramirez. Hillyer and Fund later apologized for mixing up the two women. [Media Matters, 9/24/18]

Fox News falsely claimed Republicans were kept in the dark about Ramirez’s report until it was published by The New Yorker. In its article on Ramirez’s report of sexual assault by Kavanaugh, The New Yorker wrote that “senior Republican staffers also learned of the allegation last week. … Soon after, Senate Republicans issued renewed calls to accelerate the timing of a committee vote.” But Fox News hosts instead pushed Judiciary Committee Chairman Sen. Chuck Grassley’s (R-IA) evidence-free claim that Republican staff didn’t know about the report. [Media Matters, 9/24/18]

Fox News legal analyst tried to hurt Ramirez's credibility by falsely claiming The New York Times “refused to report” Ramirez’s accusations in an effort to hurt her credibility. Fox News legal analyst Andrew Napolitano claimed Ramirez had “no credibility” with her accusation against Kavanaugh because “The New York Times refused to report her story.” But the Times didn’t publish an initial story on Ramirez’s accusation because she was already exclusively talking to The New Yorker. [Media Matters, 9/25/18]

TMZ and Erick Erickson pushed a false 8chan claim that Ford’s lawyer was pictured with Hillary Clinton during the presidential election. Right-wing blogger Erickson and Trump-friendly entertainment website TMZ ran with a false claim -- originiating on 8chan message board -- that Ford’s lawyer Debra Katz was spotted in a photo with Hillary Clinton in August 2016. In fact, the woman in the photo was Clinton photographer Barbara Kinney. [Media Matters, 9/26/18]

Conservative media figures alleged a conspiracy after Ford gave the innocuous answer that she didn’t know who paid for her polygraph test. Prior to coming forward, Ford underwent a polygraph exam that concluded that her account of the assault by Kavanaugh was “not indicative of deception.” During her September 27 appearance before the Senate Judiciary Committee, Ford was asked who paid for the exam and she responded that she didn’t know. Conservative media figures, including Fox News writer Stephen Miller, Fox News contributor Katie Pavlich, and Turning Point USA’s Charlie Kirk, suggested that her answer was indicative of some sort of anti-Kavanaugh conspiracy. Later during the hearing, Ford’s lawyers said that they paid for it, which would be standard practice for the pro bono representation Ford is receiving. [Media Matters, 9/27/18]

Members of right-wing media fabricated a “gotcha” moment by making a big deal about the fact that Ford has flown on planes. Ford’s fear of flying played a role in the back-and-forth with the committee leading up to her testimony, which she ultimately decided to fly to D.C. to deliver. During her testimony, Ford was questioned by a sex crimes prosecutor about past instances when she has flown, including for vacation. Conservative outlets and media figures, including Breitbart, Washington Examiner, National Rifle Association spokesperson Dana Loesch, and Ben Shapiro, all ran with the prosecutor’s insinuation that Ford had lied about being afraid of flying, failing to acknowledge that plenty of people who are scared of flying nonetheless can and do fly. [Media Matters, 9/27/18]

Michael Savage spread a conspiracy theory that Ford is “deeply tied to the CIA.” Conservative radio host and conspiracy theorist Michael Savage sent a tweet that went viral that claimed to list three areas where Ford had connections to the Central Intelligence Agency, all of which fell apart upon cursory inspection. In one of the instances, Savage claimed that the law firm that Ford’s brother previously worked at shares office space with several businesses he said was operated by the CIA. But there is no evidence those businesses are connected to the CIA; one of them is actually a janitorial company that doesn’t even share office space with the firm in question. Infowars’ Alex Jones promoted Savage’s conspiracy theory, which was also the top Google search result for “Christine Ford CIA” on September 28. [Media Matters, 9/28/18]

A contributor to The Federalist suggested that Ford hypnotized herself in order to create a false memory of assault by Kavanaugh. Margot Cleveland, a senior contributor to The Federalist, seized on a 2008 academic article co-authored by Ford, who is a psychology professor, and 10 others that mentioned the use of hypnosis in therapy. The bizarre conspiracy theory was a misrepresentation of the article, which cited research from 1964 about hypnosis being used by therapy patients to “improve rapport in the therapeutic relationship, assist in the retrieval of important memories, and create artificial situations that would permit the client to express ego-dystonic emotions in a safe manner.” The study described by the article involved participants who were trained in self-hypnosis for use in “relaxation and affect regulation” -- not to create false memories. One of Ford’s co-authors spoke to Media Matters and slammed the conspiracy theory as “absolutely ridiculous” and that “the study had absolutely nothing to do with the creation of false memories, or the creation of memories of any kind.” The co-author noted additionally that Ford was a statistical consultant on the report, not a participant in the study, and that she worked on the data after it was collected. The disreputable website The Gateway Pundit advanced the conspiracy theory, which also spread on 4chan and Reddit’s pro-Trump “r/TheDonald” subreddit. [Media Matters, 10/1/18]

Photos falsely represented as Ford have been repeatedly shared online to discredit her. The fact-checking website Snopes.com has debunked several purported images of Ford that were spread online to discredit her. One of them was actually a photo of Ukrainian human rights activist Lyudmyla Kozlovka with philanthropist George Soros, whom the right-wing treats as a boogeyman. Another featured a photo of a half-naked woman pouring alcohol that is apparently from the 1960s, possibly before Ford was even born. Another smear attempt claimed that various women pictured at anti-Trump protests were Ford; one of them was identified as a woman named Liz Darner, while the other doesn’t “have much resemblance” to Ford, according to Snopes. The anti-choice outlet Life News and the conservative Daily Caller promoted the miscaptioned protest photos. [Snopes.com, 9/25/18, 9/23/18, 9/19/18, Twitter, 9/18/18]